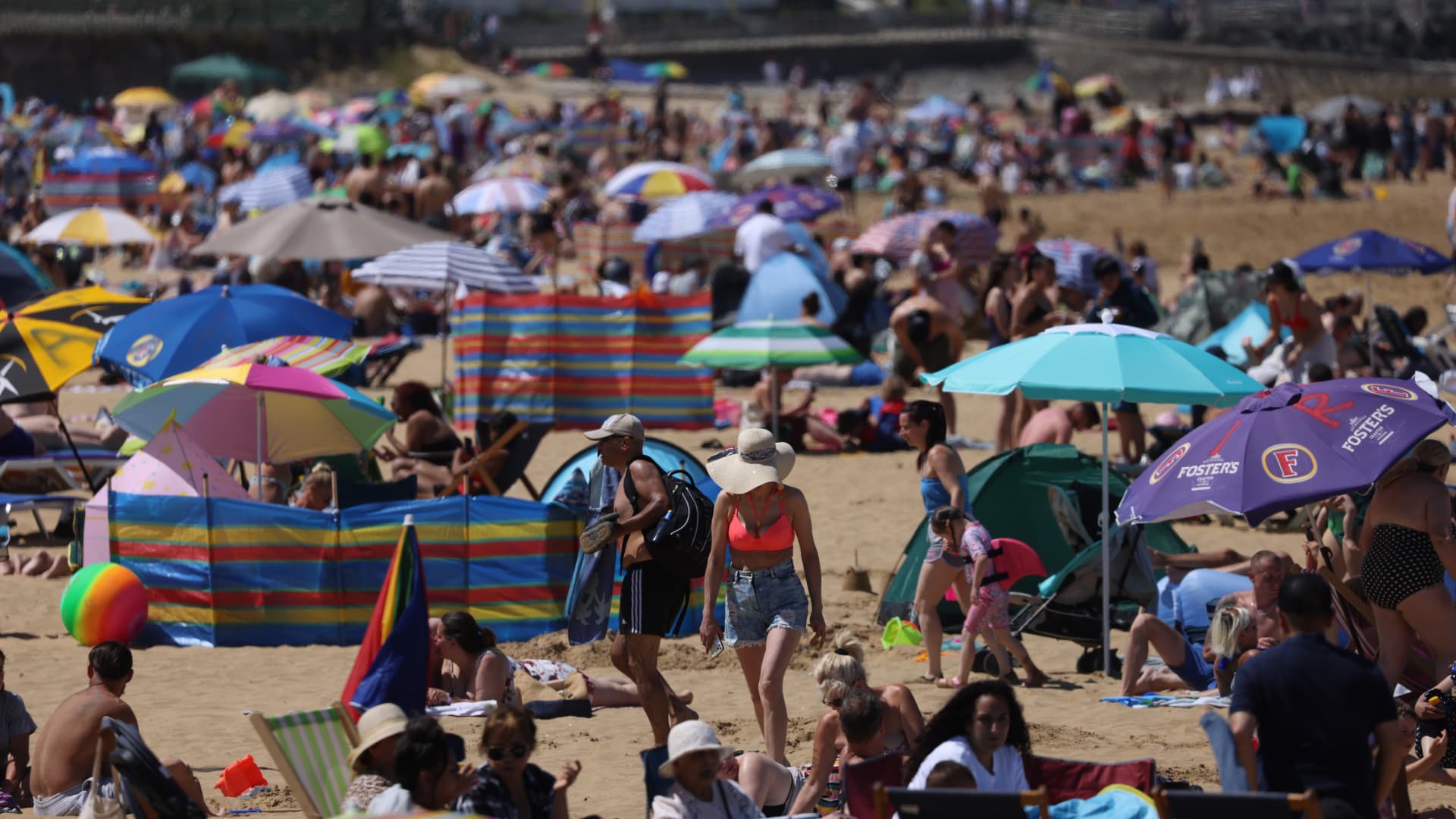 The U.K. is bracing for the hottest day on record Monday, with highs of 41 degrees Celsius (106F) expected.

LONDON — The U.K. is bracing for the hottest day on record Monday, with highs of 41 degrees Celsius (106F) expected in the south of England.

It marks the country’s first-ever such warning for exceptional heat.

High temperatures are also forecast across the U.K., with amber warnings issued for the rest of England, Wales, and parts of Scotland.

London is set to bear the brunt of this week’s hot weather, with the capital forecast to be one of the hottest places on the world Monday.

Temperatures in the city are expected to exceed 40 degrees by Monday afternoon, surpassing Kingston, Jamaica (33C), Texas (37C) and most of Europe, itself in the midst of a heatwave.

The hot weather is set to continue into Tuesday, with overnight temperatures likely to be in the mid-twenties, before cooling on Wednesday.

It comes as climate activists warn of rising global temperatures from greenhouse gas emissions. Average world temperatures have risen by just over 1C from their pre-industrial levels, and are set to rise by 2.4C to 4C by the end of the century, depending on global efforts to cut CO2 emissions.

A hit to businesses

Britain is unused to such extreme temperatures, with the Met Office warning that the heat is set to have “widespread impacts on people and infrastructure.” The vast majority of homes in the U.K. don’t have air conditioning units.

Some schools plan to close early, or not open at all, and the country’s main rail network has urged people to only travel “if absolutely necessary,” with several cancellations announced and speed restrictions already in place.

The hot weather is expected to take its toll on businesses too, with analysts predicting at drop off in retail sales as shoppers opt to remain indoors.

“The sweltering conditions in the U.K. — where temperatures are set to reach record level highs — will have an impact on retail footfall and travel, with many shoppers choosing to stay at home and keep out of the heat,” Walid Koudmani, chief market analyst at financial brokerage XTB, said in a research note.

It is an already challenging time for businesses, and particularly those dependent on customer footfall, as many face the twin pressures of super high inflation and an escalating cost-of-living crisis.

Still, Koudmani said the overall impact of the heatwave on the U.K. economy is likely to be minimal given the existing precedent for people to work from home as part of their weekly routines.

“After returning to economic growth in May, where the U.K. economy grew by 0.5%, this will be welcome to see,” he added.