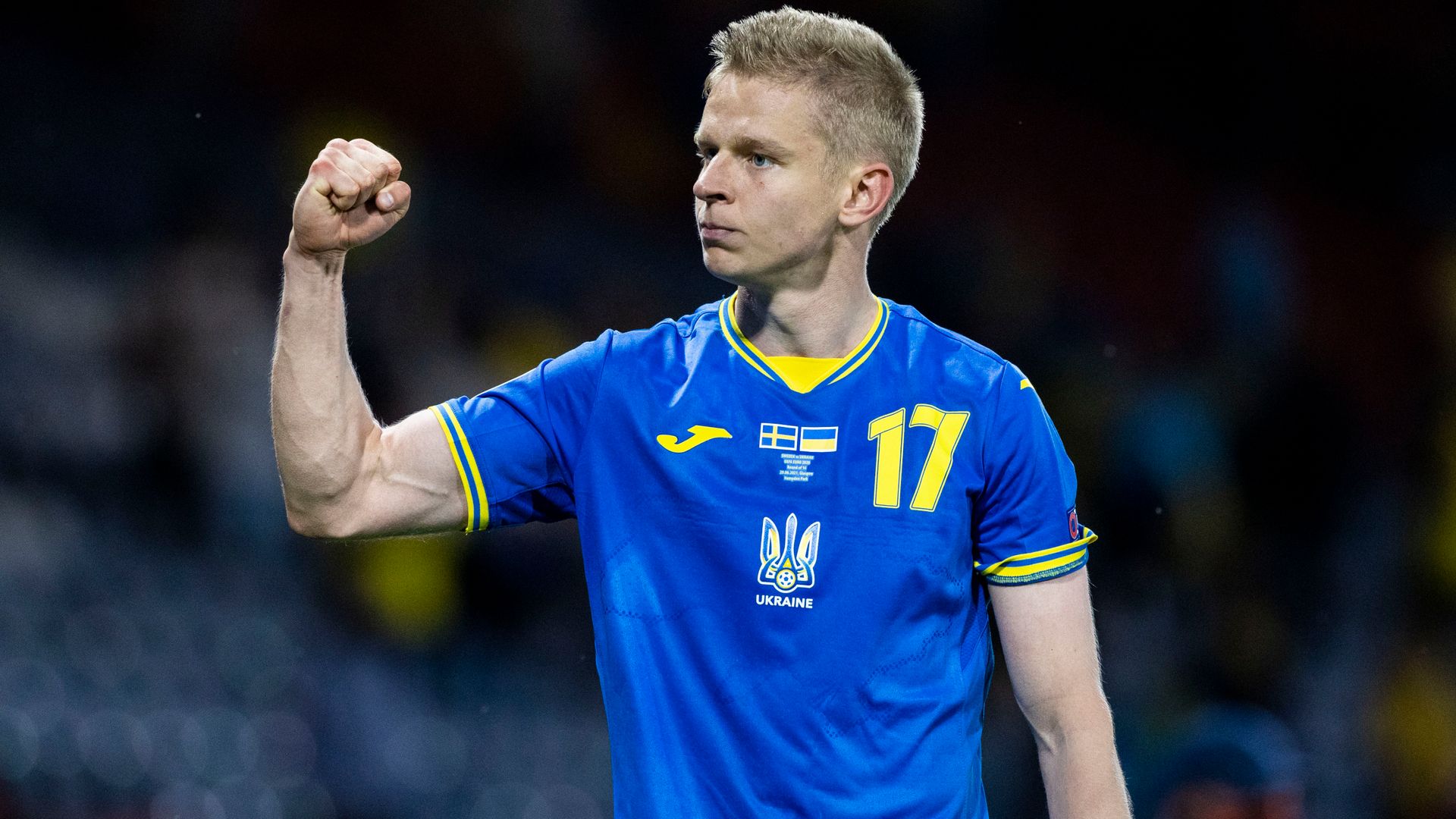 Arsenal have agreed a £32m deal with Manchester City to sign Oleksandr Zinchenko.

The Gunners are set to pay £30m up front with £2m in add-ons, while personal terms are not expected to be a problem.

The Ukraine international will now leave Man City’s pre-season training camp to link up with Arsenal, who are also in the USA where he will go through the formalities of a medical and sign paperwork.

Zinchenko has spent just over six years at City after joining the club as a teenager from Russian side Ufa.

The 25-year-old, who was coached by Mikel Arteta during the Arsenal manager’s spell as assistant to Man City boss Pep Guardiola, can cover a variety of positions, including left-back and central midfield.

It is understood Arteta is excited about the prospect at working with Zinchenko again and values his versatility as a player.

Arsenal have been in the market for a left-sided defender and were trying to sign Manchester United-bound Lisandro Martinez from Ajax, who is set to join United in a £57m deal.

Zinchenko is expected to team up with former City team-mate Gabriel Jesus at Arsenal after the Brazilian left the Etihad to move to north London earlier this month in a £45m deal.

Man City, meanwhile, want to bring in a left-back and remain interested in Brighton’s Marc Cucurella, as Sky Sports News revealed back in June.

The 23-year-old enjoyed a hugely successful first season in the Premier League after joining from Getafe in a deal worth around £15m last summer.

Brighton do not want to let Cucurella leave and it would take a huge offer for them to sell given he has four years remaining on his contract at the Amex.

Talks continue between Arsenal and Fulham over the sale of goalkeeper Bernd Leno, though a gap in valuation still exists.

Arsenal are open to allowing him to leave as he has entered the final year of his contract, and they have back-up in recently-signed USA international keeper Turner.

Torreira has entered the final year of his contract and Arsenal are listening to offers, having spent the last two seasons on loan – at Atletico Madrid in 2020/21 and at Fiorentina last season.

Clubs in the Championship and the Bundesliga are also interested in signing striker Folarin Balogun on loan.

Balogun is on the club’s pre-season tour, and manager Mikel Arteta will decide if his development is best served at Arsenal next season, or on loan.

“Mikel Arteta has been looking at additions at left-back and central midfield in this summer transfer window. The Gunners wanted Ajax’s Lisandro Martinez, who has experience in playing in both positions as well as centre half, but now looks destined for Manchester United. Leicester City’s Youri Tielemans has also been looked at but that interest has cooled in recent weeks.

“There is reason why the Arsenal manager needs support in that role. At left-back, Kieran Tierney has picked up long-term injuries in the last two seasons at crucial moments and while Nuno Tavares was signed as cover last summer, the young Portuguese full-back struggled in the big moments and ended up behind Cedric Soares and Granit Xhaka in the left-back pecking order come the end of the season.

“In midfield, Xhaka is a mainstay in Arteta’s team but there is little competition for his specific role. Thomas Partey, Mohamed Elneny and Albert Sambi Lokonga all compete for the same position at the base of Arsenal’s midfield, leaving Xhaka to a number 8 role.

“Should he play in midfield, a role he undertakes regularly at international level, Zinchenko would compete with Xhaka at Arsenal – and a closer look at their respective heatmaps last season shows that the two play in the same area of the pitch, even though the Ukrainian played at left-back and the Arsenal man operated from midfield.

“On the ball, Zinchenko’s passing statistics are superior to Xhaka’s – but that is to be expected given Guardiola’s City keep the ball and use it better than Arsenal. Zinchenko and City defended a lot less than Arsenal last summer, but the Ukrainian international’s defensive stats still trump Xhaka’s. Zinchenko won more tackles, interceptions and challenges in the air than the Swiss midfielder – a reminder that the two players operate in roughly the same area of the pitch.”

Gabriel Jesus, who made the same move Zinchenko could do earlier this summer, scored 90 seconds into his first Arsenal outing as his double helped the Gunners to a 5-3 friendly victory over German second division side FC Nurnberg.

The Brazil striker came on at half-time in Germany with the Gunners 2-0 down – and made an immediate impact, scoring high in the net from Ainsley Maitland-Niles’ pass.

Mohammed Elneny then hit a wonder-strike to equalise for Mikel Arteta’s side, before two Nurnburg own goals from Christpher Schindler and Tim Handwerker gave the Gunners a 4-2 advantage.