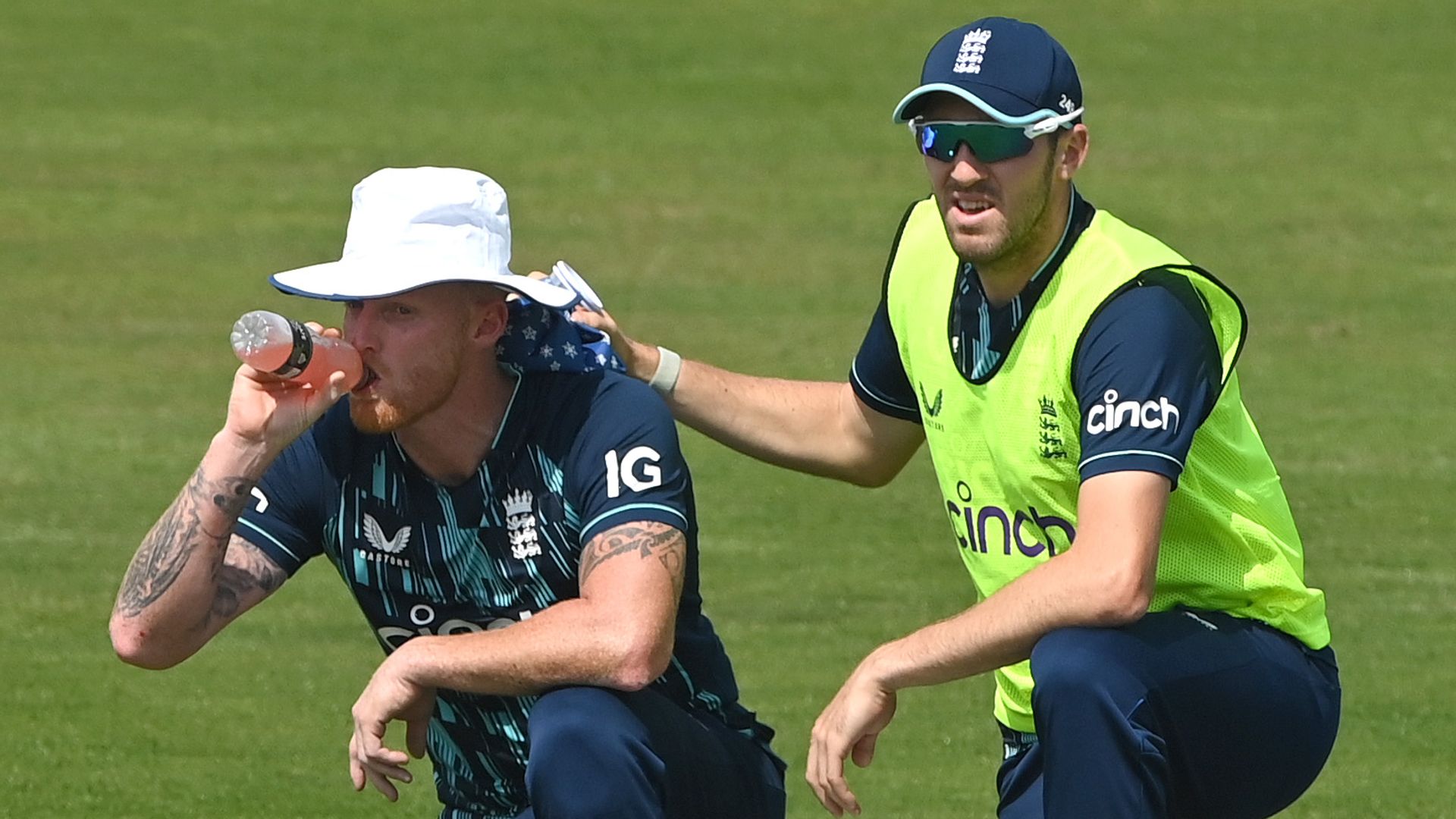 England and spectators feel the heat at sweltering Durham ODI

Fans, players and staff were feeling the effects of sweltering 37-degree temperatures during England’s series-opening one-day international against South Africa at a sun-baked Durham.

The heat took its toll on England 50-over debutant Matthew Potts, who was limited to just four overs on his home ground before leaving the field as he struggled to deal with the sapping conditions.

More drinks breaks were held than normal with ice packs, wet towels and parasols used to shield the players as South Africa piled on 333-5 after electing to bat in the first game of a three-match series.

“He was struggling with the heat a bit to be honest. I’m sure it is not how he wanted his debut to go, but he wasn’t feeling quite right at all,” said captain Jos Buttler after England’s 62-run defeat.

“He went off to cool down but I don’t think he ever quite felt well enough to come back on.”
The Sky Sports Cricket cameras regularly panned to spectators at Seat Unique Riverside topping up their water bottles, with members of staff also dotted around the ground with containers of water to help out.

The match – Ben Stokes’ final ODI for England before he retires from the format – was a 16,000 sell out but seats were left empty as some fans left the venue and others took sanctuary in gaps between the stands.

Durham reacting by setting up additional ‘cool rooms’ indoors, while workers were also monitored to check that breaks were being scheduled and that those indoors had sufficient ventilation.

A spokesperson for the England and Wales Cricket Board said at the innings break at Chester-le-Street: “Given today’s extreme heat, we are keeping the welfare of spectators and players under constant review.

“We are providing regular information to the crowd about keeping hydrated and finding shade, and have brought in additional support to help anyone who is unwell.

“Extra drinks breaks have been added for the players. We continue to monitor the situation closely.”

The International Cricket Council is responsible for player safety, starting with the on-field umpires and their ongoing conversations with the teams and the match referee.