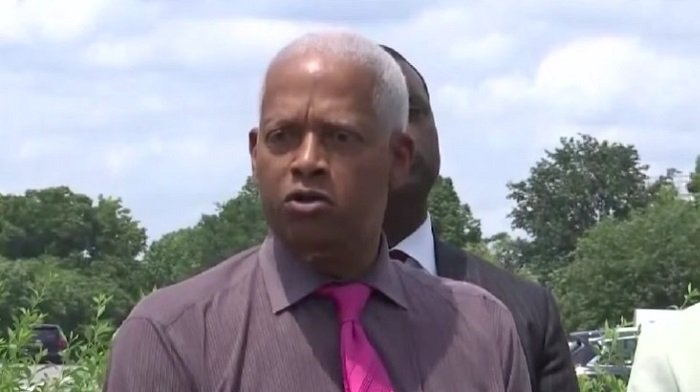 House Democrats are making an official effort to pack four additional associate justices onto the Supreme Court, expanding the total number from 9 to 13.

Such a move would presumably give a liberal tilt to the court by a 7-6 margin.

Representative Hank Johnson (D-GA), who sponsored the bill originally introduced in April of 2021, held a press conference with several other Democrat co-sponsors on Monday.

Johnson channeled President Biden’s messaging by describing the Supreme Court as “ultra right-wing” and claiming it is “at crisis with itself and with our democracy.”

Or, in English, he means “The Court didn’t do what we wanted.”

The Georgia lawmaker, who once famously asked during a House Armed Services Committee hearing if the island of Guam might capsize if too many people were on it, added that “basic freedoms are under assault” due to the current makeup of the Supreme Court.

Tlaib unleashed, calling the six conservative justices “unelected” (because the other three must have been elected) and claiming they are “literally telling women they have no control over their bodies.” (They are not literally saying any such thing.)

Rep. @RashidaTlaib: “We’re going to stand here with the folks that […] believe in what we’re trying to do, which is expand the court. […] Right now, six unhinged, unelected Supreme Court Justice[s] [are] literally telling women they have no control over their bodies.” pic.twitter.com/8H0EoZTlHY

Tlaib has denounced pro-lifers at rallies held outside the Supreme Court before, once telling those who don’t approve of abortion they “shouldn’t even want to have sex with me.”

.@RashidaTlaib at today’s abortion rally: “Yo yo, you know what, you’re so freakin’ obsessed with what I decide to do with my body, maybe you shouldn’t even want to have sex with me!”

Adds that pro-life pols are “commercializing” women’s bodies to make them “less than.” pic.twitter.com/yTt10nNvdY

“The nightmare scenario of GOP court-packing is already upon us,” he told reporters. “That’s how they got this far-right 6-3 majority in the first place.”

Jones’ main beef appears to be an inability to get gun control legislation passed, something he referenced last month when threatening to do everything Democrats could to force it through.

“If the filibuster obstructs us, we will abolish it. If the Supreme Court objects, we will expand it,” Jones seethed. “And we will not rest until we have taken weapons of war out of circulation and our communities each and every day.”

“You will not stop us from passing [gun control]. If the filibuster obstructs us, we will abolish it. If the Supreme Court objects, we will expand. We will not rest until we’ve taken weapons of war out of our communities.” pic.twitter.com/0x3t1aJXBn

It Doesn’t Stop There

Currently, Johnson’s bill to pack the Supreme Court has 58 co-sponsors in the House but would likely die in the Senate where it would need 60 votes to overcome the filibuster.

Johnson made his case for urgency.

“We don’t have a generation to wait to reform the court,” he warned.

Johnson and his House colleagues have made it clear they will look at every opportunity to tilt the Supreme Court back in their favor.

Aside from simply packing the court with four justices which would magically give liberals a 7-6 advantage, Johnson, the chairman of the House Judiciary courts subcommittee, held a meeting that “discusses Congress’s impeachment authority” as a means to regulate “the conduct of Supreme Court justices.”

The aim of that meeting was to discuss the possibility of impeaching Clarence Thomas, the most conservative Justice currently serving on the Supreme Court.

A recent poll shows overwhelming opposition to packing the Supreme Court – 65% of respondents in a recent poll were opposed to the idea and only 26% were in favor.