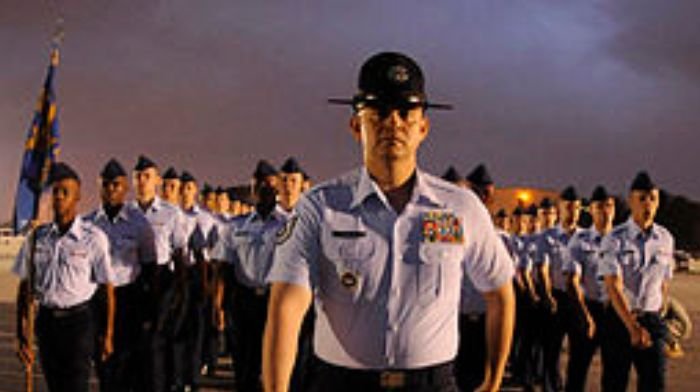 As if we weren’t facing enough challenges as a country, the word is starting to bubble up that the military branches are struggling to meet their recruitment targets, so much so that some units may have too few people to function.

Just how bad is it? Pretty dang bad. The Armed Forces are experiencing what is on pace to be the worst shortfall in enlistments since just after the Vietnam War.

Military recruitment efforts failing to attract high school grads. Many in the past saw pride as a decision factor in joining. With emphases on “woke” issues in the military, pride has waned. In addition 77% of applicants need a waiver to join, for grades or other impediments

What could be causing so many military recruiters across the country to break out into excessive sweats? Honestly, it appears to be a perfect storm of factors.

I joined the Air Force shortly after I turned 18. I’d love to say it was out of a deep sense of duty and patriotism, but like many in my generation who pre-dated 9/11, I joined due to a lack of options.

My family couldn’t send me to college, and the idea of joining the military, traveling the world, learning a trade, and getting an education appealed to me.

However, it wasn’t until later that I re-enlisted out of a sense of duty and because I had grown to love wearing the uniform.

Why is #militaryrecruiting failing? A thread:

I am a military recruiter. Looking back at historical data contracts in my assigned area went down 30% from FY20 to FY21, which was COVID. A lot of our access to high schools and events was severely diminished with the pandemic. /1

However, according to the Under Secretary of Defense for Personnel and Readiness Gilbert Cisneros:

“The labor market, exacerbated by the effects of the pandemic and the military-civilian divide, creates a challenging recruiting environment.”

This leaves many young Americans wondering why they would sign away four years to a government agency when they can easily slide into a minimum wage job that now comes with many of the same perks as service – minus the gunfire. Although I suppose that depends on what part of the country you reside in.

Many places where high school graduates can get jobs now offer tuition assistance and other perks, including McDonald’s, Starbucks, and Walmart. So how do you compete with that if you are the Army?

RELATED: The Truth Behind Military Brass Incompetence And The System That Perpetuates It

Sweetening the Deal and Lowering the Bar

For my fellow veterans, get ready to fall out of your chair. The Army is offering $50,000 enlistment bonuses and, in some cases, $35,000 in ‘fast cash’ for individuals who can leave for basic training within 30 days.

That’s enough for me to slap on some icy hot and see if I can still ruck. But, unfortunately, with less than 25% of young Americans physically fit to enlist that also have no criminal record available, this isn’t quite hitting the mark.

Of Americans between 17 and 24, 76% are either too fat, too sick, or too naughty to wear the uniform. What’s the answer? According to the Pentagon, it’s rethinking some standards.

In other words, lowering standards.

For a brief time, the Army announced that you no longer needed a high school diploma or GED to enlist. Thankfully they realized that if you lack the discipline to finish high school, you may not be an excellent candidate to fight in a war, let alone stand post at a military installation.

However, the Army will allow individuals with neck tattoos to join without a waiver. Because at no point has that been an indicator of questionable behavior or, at the very least, lack of sound judgment.

The Pentagon is also reconsidering allowing individuals with asthma and ADHD. Nothing says lean, mean, fighting machine like an overly distracted asthmatic.

The fitness issue is particularly alarming. The Army has opted not to run troops first thing in basic training because, as one former Army official said:

“They have to teach them how to run, and they’ve had issues with bone density to the point that, when they do run them, they’ve ended up breaking a leg or worse, a hip.”

He goes on to state that many are being forced to drink Ensure. So, my 70 and 60-year-old parents could re-enlist at this rate.

Even with the large cash payouts and lowering of standards, many young Americans are still not lining up outside their local recruiter’s offices. Only 9% of the target demographic of Americans say they would consider the military, which is down from 13% pre-pandemic.

Some of the top reasons cited for not wanting to wear the American flag on their sleeves included; fear of injury/death, PTSD, and the COVID vaccine mandate.

However, other recent issues within the DOD don’t favor recruiters. Between the Red Hill Fuel leak in Hawaii that poisoned thousands of soldiers and families, gender pronoun training in the Navy, and extremism/climate change training, it’s hard to get excited about shipping off to serve.

Last November, the Ronald Reagan Institute found that only 45% of Americans have “A great deal of trust and confidence in the military.” down 25 points from three years ago. Major General Edward Thomas Jr., the Commander of the Air Force Recruiting Service, said:

“There are just lower levels of trust with the U.S. government and the military.”

What could possibly make him think that?

There isn’t a single American who now questions why volunteer to serve. Biden was part of the team that had the opportunity to withdraw after Osama bin Laden was killed. Everything after that was in vain and fraudulent.

This lack of trust will set back our military for decades.

A Look In The Mirror

It’s time for the Department of Defense to wake up and smell the burnt cup of Joe. We cannot rely on the same old demographics and pockets of America to raise their right hand and swear to protect and defend.

The military, an establishment that has long enjoyed freedom from public scrutiny, has made the headlines lately for some not-so-stellar moments. Coupled with the botched withdrawal of Afghanistan, which caused Americans to witness the first real military defeat since Saigon, it’s no wonder the allure of service has waned.

So let me get this straight…. The army is now accepting transgender high School dropouts with HIV who have neck and hand tattoos and giving them $40,000 signing bonuses. But let’s kick out the healthy/experienced/unvaccinated soldier with natural immunity.

There is always an abundance of unnamed former officials willing to comment when it comes to the Pentagon, and one said of the recruitment crisis:

“It’s a reflection on our country.”

With the anniversary of the Afghanistan withdrawal fast approaching, now might be a good time for the Department of Defense to do some soul searching and figure out how to get back to recruiting the best and brightest Americans.