BREAKING NEWS
GMT+2 01:09
Home Business Private jet use is more popular than ever — and first-time buyers are driving record sales 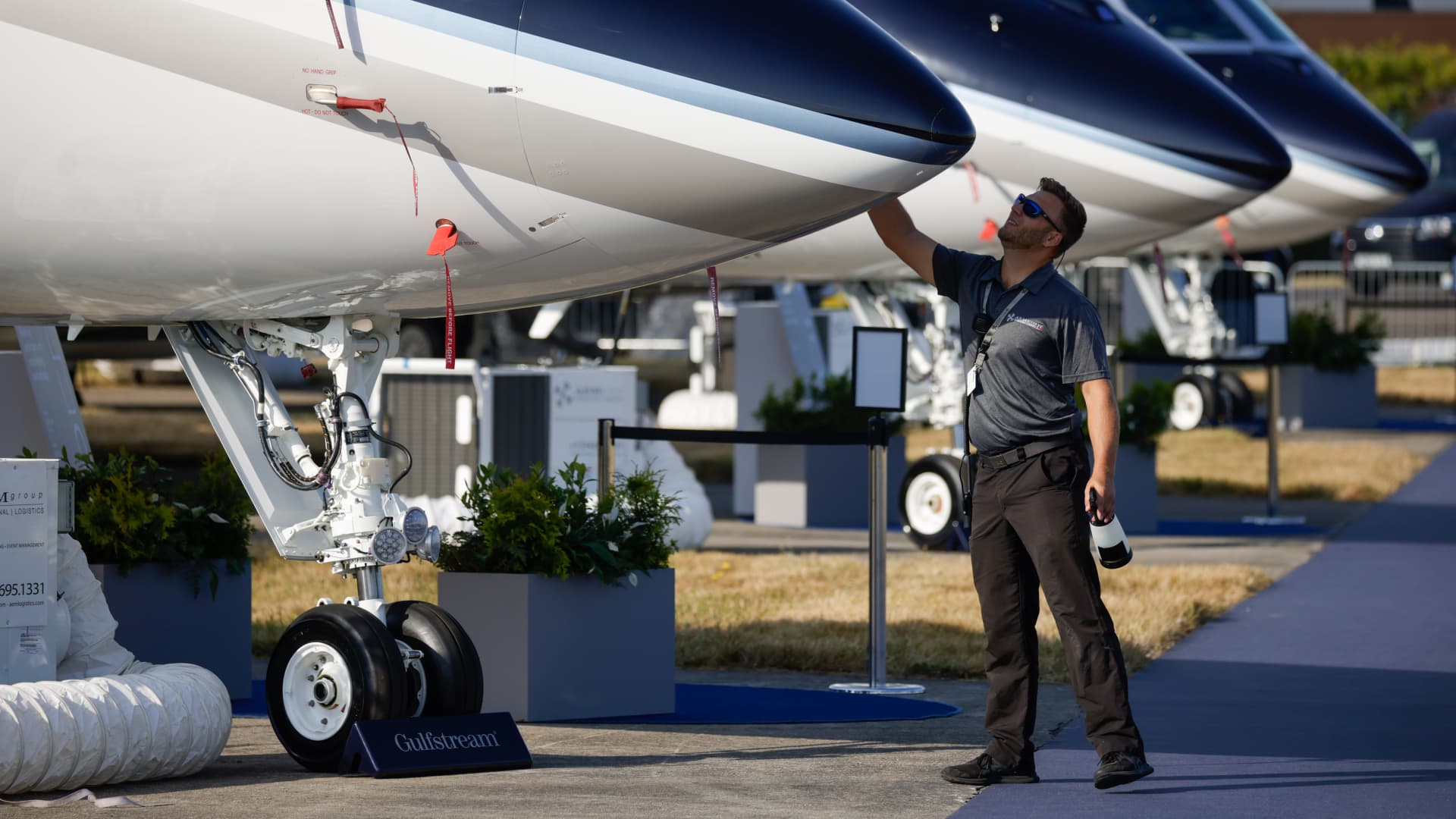 A worker cleans a GulfStream Aerospace Corp. G650 business jet on the opening day of the Farnborough International Airshow in Farnborough, UK, on Monday, July 18, 2022. The airshow, one of the biggest events in the global aerospace industry, runs through July 22.

FARNBOROUGH, England — Private jet use is showing no signs of slowing down.

Business has been booming for some time for major private jet manufacturers, to the extent that firms have been unable to keep pace with skyrocketing demand since the onset of the coronavirus pandemic.

Last year, private plane use soared to its highest level on record. Aviation data research firm Wingx recorded 3.3 million business jet take-offs in 2021, the most for a single year and 7% more than the previous high in 2019.

A wealth boom, stronger leisure demand and the gradual loosening of Covid-19 restrictions have appeared to drive the business aviation industry in recent months. But the resilience of the rebound was expected to be tested this year.

“We have seen very robust, significant activity for about the last 18 months that’s continuing here into the third quarter,” said Scott Neal, senior vice president of worldwide sales at major jet manufacturer Gulfstream. “So, really a record sales run for us.”

Speaking during a press briefing at the Farnborough International Airshow on Tuesday, Neal credited the investments the company made to expand its new fleet of private jets with bringing customers to the brand in a way that they hadn’t seen before.

This includes first-time buyers, he added, “which is a significant and growing part of our business.”

Neal refused to disclose an exact percentage of first-time buyers for Gulfstream’s private jets but said this burgeoning trend was “a big component” of their customer base in terms of sales on an annual basis.

“Believe it or not, for quite a few of our first-time buyers, their first airplane has been a G650,” Neal said, referring to a private jet model popular among the super-rich.

“We’re quite busy across the globe right now from a sales perspective,” Neal said.

“The same thing from an operations perspective,” Derek Zimmerman, president of customer support at Gulfstream, said at the same briefing.

“Fleet flying hours are at all-time highs, a full recovery from the impact of the pandemic. That was true probably the late end of last year and certainly carried over strong into this year,” Zimmerman said. “So, I think all the way around we are really seeing strong signals right now from the marketplace.”

The air show, a five-day trade exhibition that kicked off on Monday, is taking place during an extreme heatwave.

The U.K. saw its hottest day on record on Tuesday, with temperatures reaching above 40 degrees Celsius (104 degrees Fahrenheit).

The Met Office issued its first-ever red extreme heat warning because of the extreme temperatures expected to affect much of England.

To be sure, heat waves have become more frequent, more intense and longer lasting as a result of the climate crisis.

Private jet use has a disproportionate impact on the environment, and private jet emissions in Europe have soared at a faster rate than commercial aviation in recent years.

That’s because, in just one hour, a single private jet can emit two metric tons of carbon dioxide. Meanwhile, the average person in the European Union emits 8.2 metric tons of CO2 equivalent over the course of an entire year.

Campaigners have called for a substantial reduction in private jet use by individuals and companies and proposed a ticket and fuel tax on fossil fuel private jets until a ban is put in place in 2030.