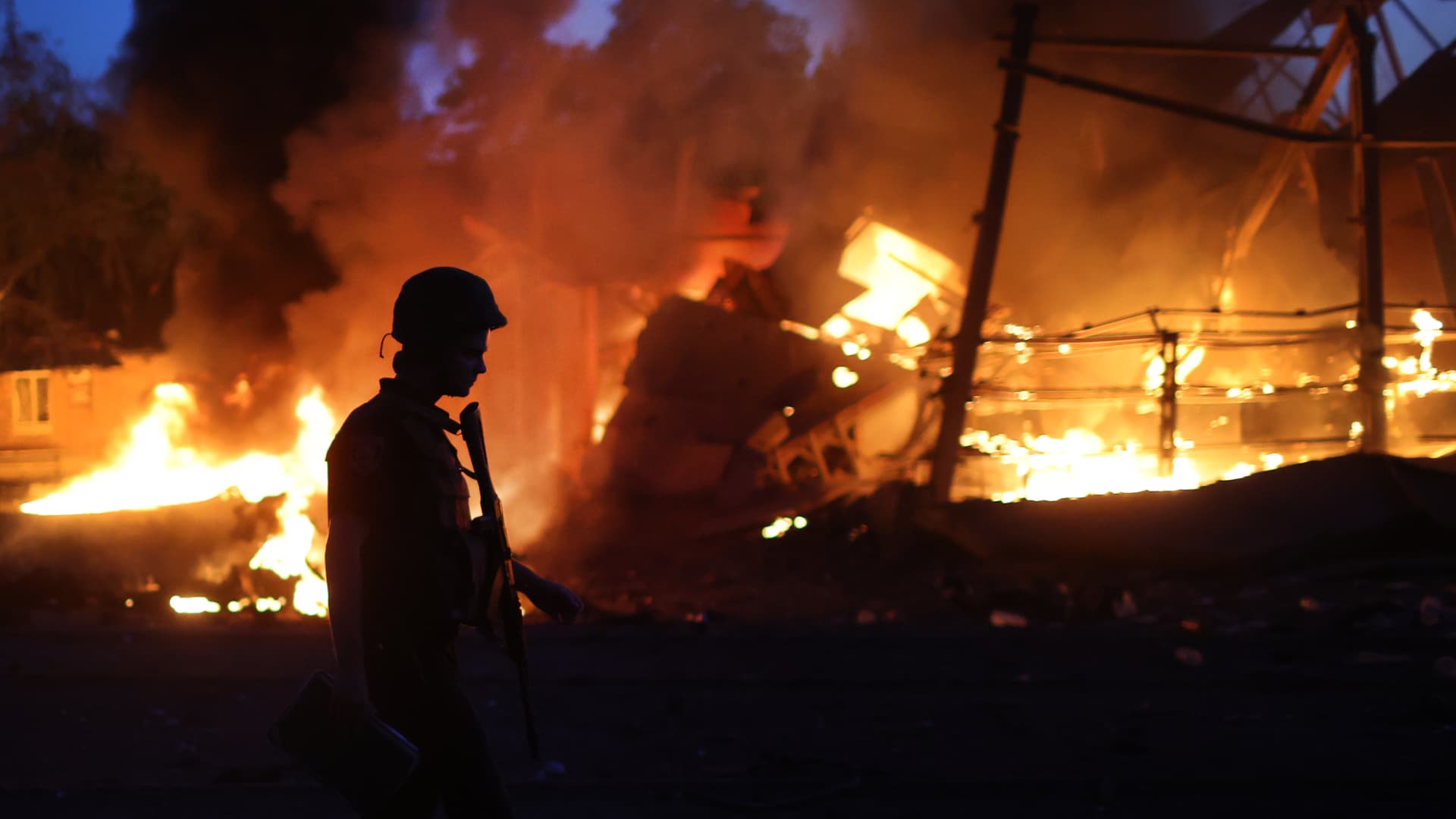 Britain’s Ministry of Defense has said that Russian forces, having seized the Luhansk province in the Donbas after weeks of intense shelling, are likely to employ the same tactics to seize Donetsk

WASHINGTON — The White House said Tuesday that it has intelligence to indicate Russia is taking steps to annex parts of Ukraine.

Kirby added that the U.S. observed a similar Russian playbook in 2014 before the Kremlin annexed Crimea, a Ukrainian peninsula on the Black Sea.

“Russia is installing illegitimate proxy officials in the areas of Ukraine that are under its control. We know their next moves,” Kirby said.

“We want to make it plain to the American people. Nobody is fooled by it,” he added.

The former Pentagon spokesman said that Moscow is trying to establish branches of Russian banks in order to create a path to make the ruble a default currency in the areas it wants to annex. Kirby also said that Russian forces are taking control of broadcasting towers in order to control communications.

The U.S. also believes that Moscow is forcing Ukrainian residents to apply for Russian citizenship and issuing Russian passports.

The latest revelation comes as Ukraine’s first lady visits the White House amid near-constant Russian shelling in cities and towns in Donetsk.

Kirby also said the Biden administration is preparing a new military aid package for Ukraine. The upcoming package, the 16th U.S. installment, will be tailored to the fighting in eastern Ukraine.

The U.S. has provided about $8 billion in security assistance since the war began in late February, including about $2.2 billion in the past month.