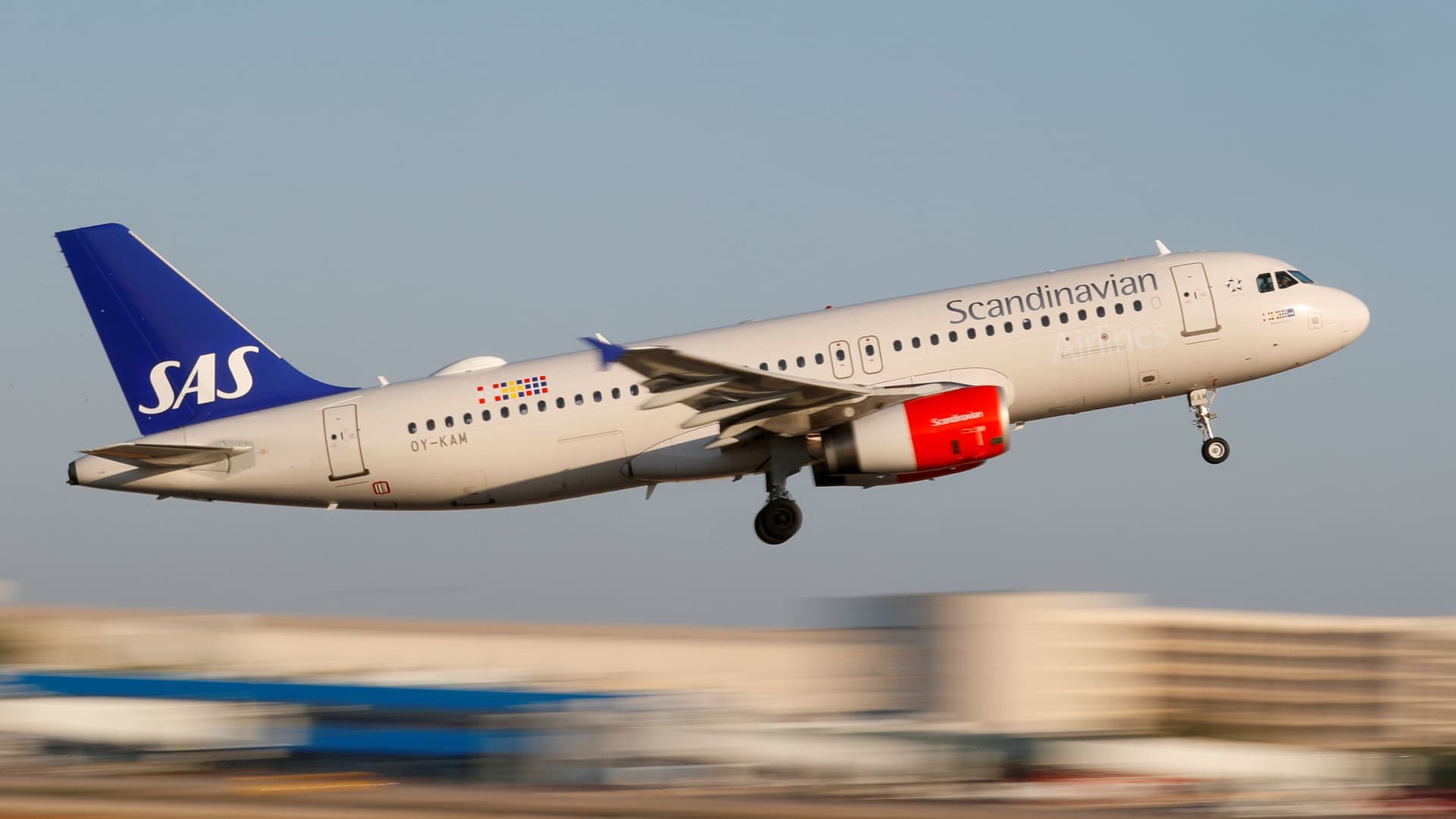 A Scandanavian Airlines, known as SAS, Airbus A320-200 airplane takes off from the airport in Palma de Mallorca, Spain.

SAS and pilot unions have reached a wage deal, the Scandinavian airline said on Tuesday, ending a 15-day strike over a new collective bargaining agreement that had grounded 3,700 flights and thrown the carrier’s future into doubt.

SAS, which filed for U.S. bankruptcy protection on the second day of the strike, said the industrial action had cost it more than $145 million to date and affected 380,000 passengers in the peak summer travel season.

The labor strife was the latest across Europe’s aviation sector as millions of workers struggle with rising costs of living, prompting trade unions to demand higher wage increases and stage walkouts and disrupting travel.

Even before the pandemic hit, SAS was losing money amid rising competition from low-cost carriers. The company’s biggest owners are Swedish and Danish taxpayers.

The airline said the new 5-1/2-year deal with four pilot unions would help it achieve part of the $700 million of annual cost savings set out in a business transformation plan that also includes such measures as handing back unwanted planes to lessors.

“Finally, we can resume normal operations and fly our customers on their much longed-for summer holidays,” SAS Chief Executive Anko van der Werff said in a statement. “I deeply regret that so many of our passengers have been impacted by this strike.”

Some flight disruptions will continue while the airline works to resume normal traffic, the company said.

SAS said the agreement with pilots involved higher productivity, increased flexibility in seasonal capacity and a commitment, as operations ramp up until 2024, to rehire 450 pilots laid off during the pandemic.

The deal will allow the airline to finalise plans in the next few weeks to raise $700 million of fresh financing needed to see it through the bankruptcy protection process, the company said.

SAS added the final deal remained subject to approval by unions and a U.S. federal court. It expected to receive that approval within a few weeks.

The U.S. Chapter 11 bankruptcy protection process is expected to last for nine to 12 months, the airline has said previously.