BREAKING NEWS
GMT+2 06:06
Home World This is the key to getting the global economy working again 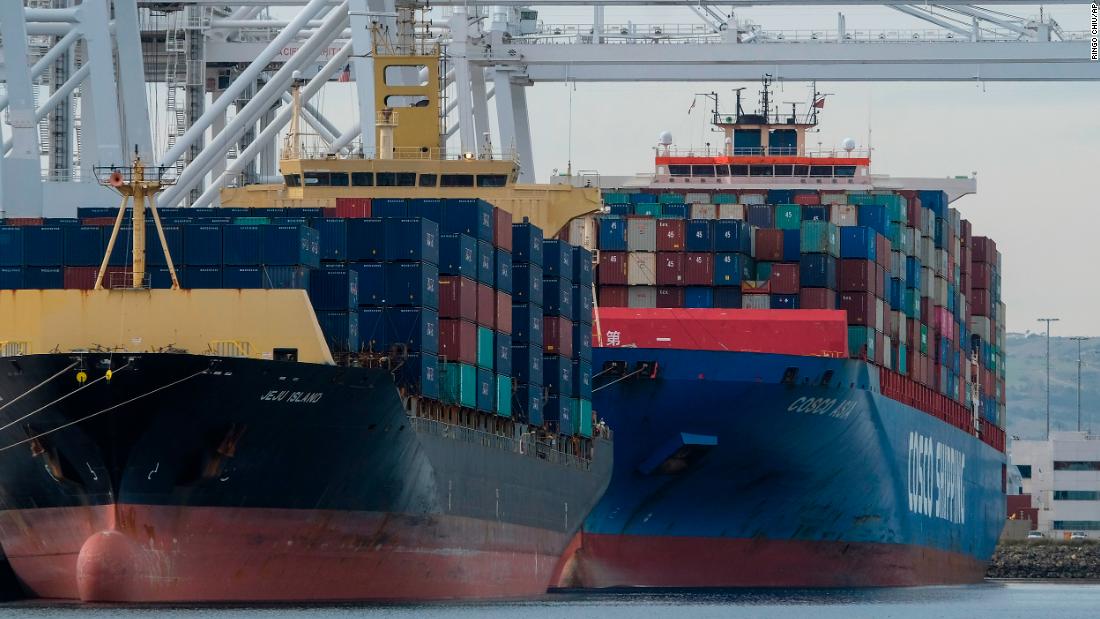 This is the key to getting the global economy working again

Global supply chains are still a snarled mess, disrupting deliveries of goods, adding to headaches for businesses and feeding the worldwide surge in inflation.

The good news: There are some indications that the situation is beginning to get better. The bad news: Huge risks — from another spike in coronavirus cases to labor disputes involving US rail workers — make it difficult to assume much confidence, clouding the outlook for the global economy.

What’s happening: The recovery from the pandemic unleashed a wave of demand that manufacturers and the network of players that move items around the world weren’t equipped to handle. But after 18 months of pain, there are some signs conditions are starting to improve.

Cargo is flowing more smoothly, and the transit of goods has mostly recovered from the initial shock of the war in Ukraine, Konstantin Krebs, managing partner at Capstan Capital, an investment banking firm that works with investors in containers and container shipping, told me.

“Containers are coming back onstream, and you can feel that,” Krebs said.

The Global Supply Chain Pressure Index from the Federal Reserve Bank of New York declined between April and June, though it remains “at historically high levels.”

The cost of booking a 40-foot shipping container has dropped to nearly $6,400, according to freight platform Freightos. At the beginning of the year, it was closer to $9,300 after topping $11,000 last September.

And the Morgan Stanley Business Conditions Index for July, which was released on Monday, revealed “progress in improving supply conditions.” The proportion of analysts who said supply chain conditions were on the upswing climbed to 54% from 17%, while none reported a deterioration in conditions.

China has also been able to handle higher volumes of containers at crucial ports despite restrictions aimed at completely stopping the spread of Covid-19, easing fears that President Xi Jinping’s approach to eradicating the virus would significantly exacerbate logjams.

That said: The timeline for a full normalization is still anyone’s guess.

According to Morgan Stanley’s survey, 54% of respondents believe supply disruptions will subside in the first half of next year, while almost a third think it will take longer.

Boeing (BA) CEO Dave Calhoun said Monday that problems with the plane maker’s supply chain could persist for another 18 months, hindering its ability to make as many jets as it would like.

Rising infections tied to the BA.5 Omicron subvariant could cause another wave of worker shortages and clogged ports, Krebs said. The potential for fresh sanctions on Russia or another round of lockdowns in China also needs to be monitored.

Rail service disruptions are also causing friction at key throughways like the Port of Los Angeles. President Joe Biden last week took action to prevent US railroad workers from going on strike, which would have brought nearly 30% of the nation’s freight to a screeching halt, but the clock is ticking for parties to reach a longer-term solution.

A global recession, meanwhile, would reduce pressure dramatically. A plunge in demand would curb supply chain traffic much sooner than expected.

Step back: How quickly supply chains return to normal will have major consequences for inflation, which has been spurred in part by limited access to the supply of goods. Trends will help dictate the path ahead for policymakers like the Federal Reserve.

For much of the past decade, tech companies have showered corporate employees with lavish compensation packages and luxe perks while hiring at a rapid clip. Now, they’re pulling back, opting for caution as they prepare for a possible recession.

The latest: Bloomberg reported Monday that Apple (AAPL), the most valuable US company, intends to slow hiring and spending growth next year in some divisions.

“Moving forward, we need to be more entrepreneurial, working with greater urgency, sharper focus, and more hunger than we’ve shown on sunnier days,” Alphabet CEO Sundar Pichai said in a memo to employees last week. “In some cases, that means consolidating where investments overlap and streamlining processes.”

Investor insight: Apple’s stock fell more than 2% on Monday. It’s down more than 17% year-to-date. That’s slightly better than the broader S&P 500, which is off almost 20% during the same period.

The news puts Wall Street on alert ahead of Big Tech earnings, which kick off in earnest next week. Apple is due to report results on July 28.

The big question: Are tech companies trying to get ahead of a potential drop in economic activity, or are they already seeing signs of a pullback in their businesses?

Apple warned in April that its revenue would take a hit of $4 billion to $8 billion due to ongoing supply chain disruptions. The strong dollar is also expected to be a major headwind.

It’s no secret that investors have been in a dour mood as concerns about the rapid withdrawal of support from central banks and the growing possibility of a global recession stoke alarm.

But the latest survey of global fund managers from Bank of America, published Tuesday, reveals a “dire level of investor pessimism.”

Expectations for global growth are at an all-time low, while levels of cash on hand haven’t been this high since September 11. Allocation of money to stocks hasn’t been so thin since the 2008 financial crisis.

What it means: To some, this may actually be a signal to start buying risky assets like stocks again. Investors watch for a moment known as “capitulation,” when sentiment is so bearish that it can’t possibly get any worse. That indicates the bottom of the sell-off could be close.