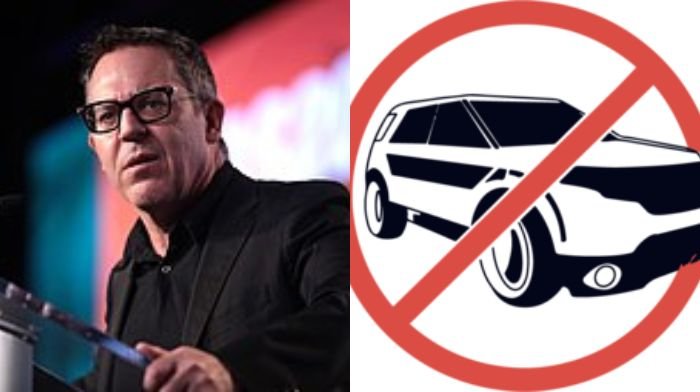 “I don’t believe China is the biggest threat to America; I believe America is.”

This statement came after a segment covering a rogue climate activist group that got its start across the pond, releasing the air from SUV tires in the name of climate change. The group known by the very clever name Tyre Extinguishers has deflated SUV tires in an effort “to reduce greenhouse gas emissions” in 40 vehicles in New York City.

But you would be mistaken if you think you are safe from the grips of the pollution vanquishers. They’ve taken credit for 20 SUVs in Chicago, 20 SUVs in Scranton, Pennsylvania, and 12 SUVs in San Francisco.

A spokesman for the Tyre Extinguishers told Fox News Digital in a dramatically written warning:

“It can happen anywhere, anytime. If you’re reading this and you own an SUV, scrap it before we get to it.”

My favorite part of the Tyre Extinguishers process is the flyer they leave on your vehicle. The flyer alerts you to their deed, saying, “Attention – your gas guzzler kills.” The pamphlet goes on to state:

“We have deflated one or more of your tires. You’ll be angry, but don’t take it personally. It’s not you, it’s your car.”

You bet I’d be angry. Don’t take it personally?! Bizarre how knowing that these eco-warriors don’t have an issue with me doesn’t assuage my irritation over not getting to work on time, not being able to pick up my kid from an event, or, you know…just being able to freely move about in my own property that I paid for.

Plus, for anyone who doesn’t have a spare handy, it’s going to cause more pollution by getting a tow truck out there to bring you to a gas station.

Could we start a fundraiser to send @TRHLofficial
and a cameraperson to Monticello and/or Mt. Vernon to take the tour and debate the guides promulgating woke CRT nonsense they are passing off as history these days??? https://t.co/0d9dcSvBsh

RELATED: Report: 1 in 5 Americans Are Skipping Meals As Long Lines At Food Banks Make a Comeback Under Biden

Mr. Gutfeld explained that “our priorities are so skewed” in America to support his argument that we are our own worst enemies. Thanks to the woke left, Greg doesn’t have to search too hard to find examples to support his theory.

Besides the climate, as mentioned earlier, there is the push of supremely harmful woke ideologies, with Critical Race Theory leading the self-destructive cycle. Where have we seen CRT? In our public education system and perhaps the most damaging within our military system.

The concept of CRT is that we are divided into two groups; oppressors and oppressed. It seems counterintuitive to tell service members that they aren’t one cohesive unit but two distinct groups at odds with each other.

Tell me, how do you pledge your life to defend the Constitution while simultaneously believing it is a racist document? I’ll go ahead and not hold my breath for that answer.

I would imagine a large swathe of the people who buy into the CRT dogma would be too busy tweeting about Anne Frank’s “white privilege” to provide me with a viable answer.

Then, of course, you have people like comedian Wanda Sykes lamenting why California and New York have to care about what the ‘red stuff in the middle’ have to say about the country.

The Senator asked Professor Bridges if she meant women when she referred to “people with a capacity for pregnancies.” Her answer was the very typical immediate shutdown response:

“I want to recognize that your line of questioning is transphobic, and it opens trans people to violence by not recognizing them.”

This, mind you, is a professor of law. In Congressional testimony. God help us.

The Dumbing Down of America

As if it’s not enough to find a way to pit ‘us’ against ‘them,’ MSNBC analyst Malcolm Nance recently claimed that the left would have to fight against their “Trump-supporting neighbors.” The Political Insider’s Rusty Weiss put it best:

“Nance is just another in a long line of MSNBC analysts that are simply asked to contribute the absolute least intelligent but sensational commentary they can think of in order to appeal to the lowest common denominator of society.”

The sad part of this truthful statement is that the lowest common denominator is becoming the norm for our society.

It’s astounding how so many Americans can be duped into believing some social, ideological propaganda peddled by mainstream media. Still, it’s not all that surprising when you look at the numbers. A fifth of American 15-year-olds can’t read at the level expected of a ten-year-old, and five-year-olds in Russia outperform their American counterparts. The future does not look bright.

Changing the Story of America

Perhaps part of the problem is the focused attempt at changing the narrative behind our history, and in other ways flat out erasing it. A recent New York Post article exposed how Thomas Jefferson’s Monticello estate and James Madison’s Montpelier estate have been transformed into diatribes on slavery and less about the creation of the building blocks that made our country great.

Brenda Hafera of the Heritage Foundation’s Simon Center for American Studies provides a dire warning when it comes to these changes in history:

“If you can undermine the Founders, you create the opportunity for those principles to be replaced by something else, something like Critical Race Theory or identity politics.”

“…to see bans on SUVs in urban areas, pollution levies to tax SUVs out of existence, and massive investment in free, comprehensive public transport.”

With the World Bank Human Capital Project estimating that today’s American children will achieve only 70% of their potential productivity, it makes you wonder what these climate activists could accomplish if they focused their efforts elsewhere.

Faced with an under-educated yet over-diploma’d society ready and willing to believe and regurgitate the next faddish ideology, our most significant threat to our future could very well be ourselves.