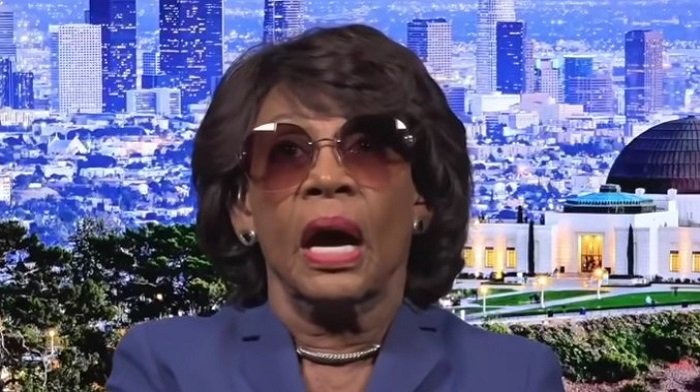 Congresswoman Maxine Waters reportedly paid her daughter another $16,500 out of her campaign coffers for campaign services, bringing the total now to well over $1.2 million.

If there was any evidence that lawmakers will continue to do things because they know they can get away with it, Waters (D-CA) is a prime example.

Representative Waters is the chairwoman of the U.S. House Financial Services Committee and has been in Congress since 1991.

The younger Waters has been engaged in the slate mailer technique for nearly 20 years, receiving a total of more than $1.2 million from her mother’s committee during that time. “Slate mailer” is just a term for mass mailing campaign literature – meaning Waters Jr. handles at least some of her mother’s campaign mailings.

The mailers are something the Los Angeles Times in 2004 described as her family “making money not only because of Waters’ power in Washington but because of the way she uses her local political clout.”

The LA Weekly has described the practice as “sleaze.”

Waters is reportedly the only lawmaker who used the practice in 2020.

Maxine Waters In Hot Water After Paying Her Daughter’s Firm Over $1.2 Million…CORRUPTION! https://t.co/6vTYAdrSto

Will Anything Be Done About It?

Maxine Waters’ daughter has been, according to a Fox News report, receiving campaign payments since 2003.

In 2004, a Los Angeles Times investigation revealed her family members made more than $1 million in the previous eight years “by doing business with companies, candidates and causes that Waters has helped.”

The Democrat was named “one of the most corrupt members of Congress” in 2011 by the Citizens for Responsibility and Ethics in Washington.

And The Political Insider has been covering the funneling of money to Waters’ daughter since at least 2018 when she was slapped with an FEC complaint regarding the practice.

When Maxine Waters encouraged violence against Trump Cabinet members, it wasn’t the first time she displayed behavior unbecoming of a federal lawmaker. She’s been embroiled in many other controversies… including abusing power to enrich family members. https://t.co/o7aseSgvI8

“They do their business and I do mine,” Waters has said in defense of her family members. “We are not bad people.”

Has anything been done during that long span by the head of the House Financial Services Committee? No. Why?

According to legal scholar Jonathan Turley, the corrupt practice is perfectly legal because “Congress works hard to keep it that way.”

“These politicians play voters for suckers with rage-filled politics as they enrich their own families,” citing reports on Waters and colleague Ilhan Omar (D-MN).

Politicians want voters to shrug off such enrichment as “everyone does it” or “it is not illegal.” The criminal code is not the measure of what is right or ethical. Our cynicism is precisely what politicians seek to maintain to preserve these practices. https://t.co/XlZcLZrLXd

Representative Omar has frequently funneled campaign funds to her husband’s firms, including $2.8 million he received from Omar’s 2020 campaign, according to Federal Election Commission (FEC) data.

Fox News notes that employing family members on campaigns is legal though “the practice is generally frowned upon by ethics experts.”

In 2017, Fox anchor Tucker Carlson questioned how Waters owns a 6,000-square-foot mansion worth $4.3 million on the salary of a congressional representative.

“How did she afford a place like that after having spent the last 40 years working in government?” Carlson asked adding, “We hate to speculate.”