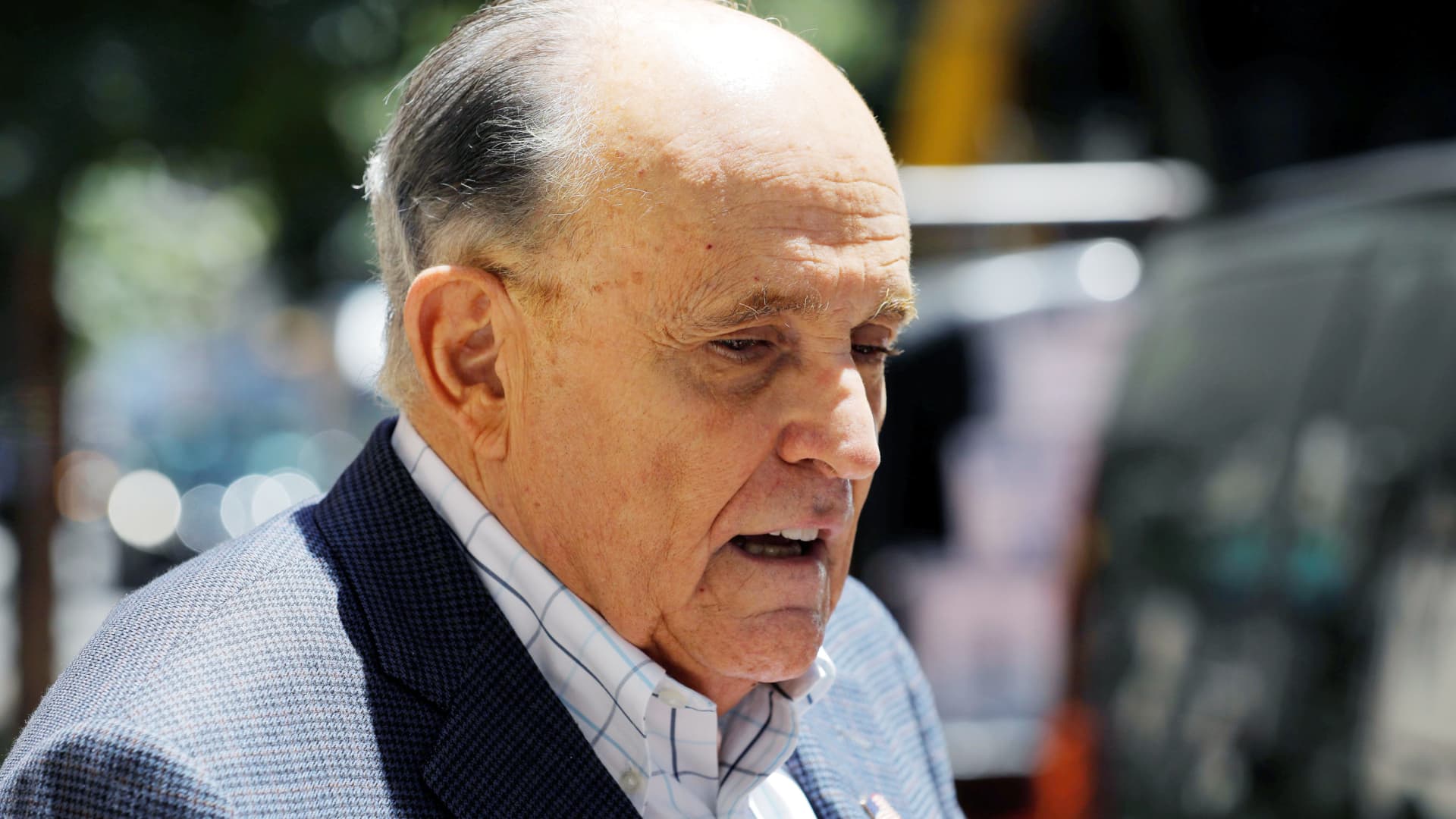 A New York judge ordered Rudy Giuliani to testify Aug. 9 before the Georgia grand jury that is collecting evidence for a probe of possible criminal meddling in that state’s 2020 presidential election by former President Donald Trump, court records show.

Giuliani, as Trump’s personal lawyer at the time, spearheaded legal efforts by the Republican president to overturn the electoral results in multiple swing states that were won that year by President Joe Biden. Georgia was one of those states.

A former New York City mayor and ex-federal prosecutor, Giuliani is part of a group of seven Trump-allied lawyers subpoenaed in late June to testify before the special grand jury in Fulton County Superior Court in Atlanta.

The same grand jury has also issued a subpoena to Republican Sen. Lindsey Graham of South Carolina, who has taken steps to try to block that demand for his testimony, as has another GOP lawmaker who received a subpoena, Rep. Jody Hice.

In a court filing Wednesday in Atlanta, Fulton County District Attorney Fani Willis wrote that the subpoena for Giuliani was presented to a New York judge, a process that reflects the fact that the lawyer lives in Manhattan, and not Georgia.

On July 11, Manhattan Supreme Court Judge Thomas Farber issued an order to Giuliani directing him to appear in court there and make any argument why he should not have to comply with the subpoena.

Giuliani failed to appear at that hearing. Farber on July 13 issued a final order directing Giuliani “to appear and testify before the Special Purpose Grand Jury [in Fulton County] on August 9, 2022, and on any other such dates as this Court may order,” Willis wrote.

The district attorney added that Giuliani had been served with that final order.

Willis earlier this year told a Fulton County judge that her investigation of Trump and his allies had found “information indicating a reasonable probability” that Georgia’s election in 2020 “was subject to possible criminal disruptions.”

The district attorney said at the time that “individuals associated with these disruptions” had contacted the Georgia secretary of state, the state’s attorney general, and the top federal prosecutor in Atlanta.

Willis is known to be eyeing, among other things, a Jan. 2, 2021, call Trump made to Georgia Secretary of State Brad Raffensperger, the state’s top election official. That call occurred four days before the U.S. Congress was set to begin meeting to certify Biden’s victory in the Electoral College, the group that selects the winner of a presidential race.

In his call, Trump asked Raffensperger to “find” him enough votes in Georgia to reverse Biden’s win in that state.

“All I want to do is this: I just want to find 11,780 votes,” Trump told Raffensperger on the call, which was recorded.

An attorney for Giuliani did not immediately respond to a request for comment.