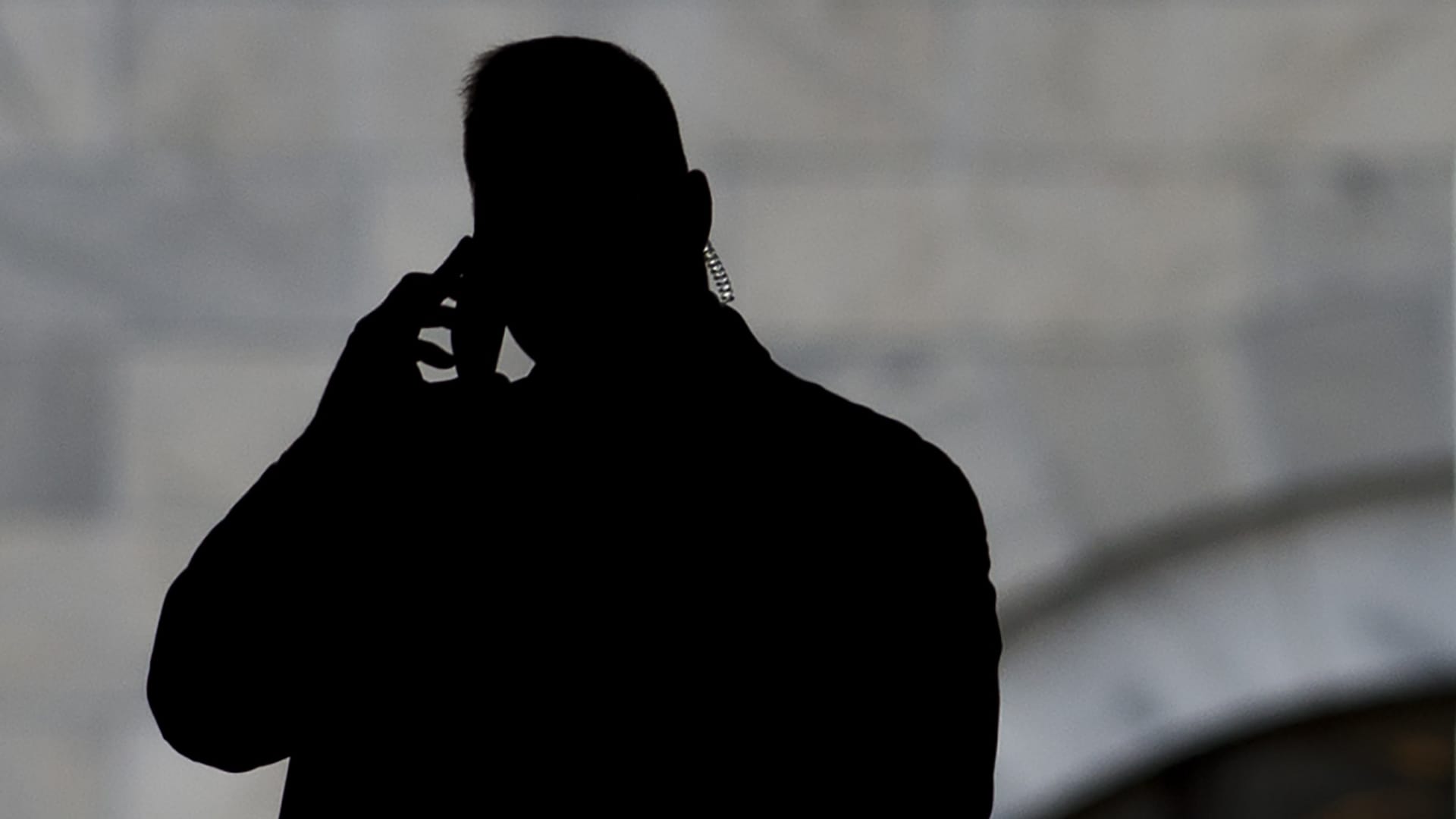 A member of the US Secret Service speaks on a cellphone as US President-elect Donald Trump attends meetings at the US Capitol in Washington, DC, November 10, 2016.

The U.S. Secret Service may have violated a federal records-keeping law when it allegedly deleted agents’ texts during the process of updating their mobile devices, the House select committee investigating the Jan. 6, 2021, Capitol riot said Wednesday.

“We have concerns about a system migration that we have been told resulted in the erasure of Secret Service cell phone data,” select committee Chair Bennie Thompson, D-Miss., and Vice Chair Liz Cheney, R-Wyo., said in a joint statement.

“The procedure for preserving content prior to this purge appears to have been contrary to federal records retention requirements and may represent a possible violation of the Federal Records Act,” the committee leaders said.

The Secret Service did not immediately respond to CNBC’s request for comment on the statement from Thompson and Cheney.

The committee leaders’ claim came a day after the Secret Service said it had handed over just one text message thread in response to a subpoena issued by the select committee.

The Secret Service revealed that detail in a letter sent Tuesday, the deadline for the subpoenaed agency to hand over a trove of documents related to the insurrection of Jan. 6, when a violent mob of then-President Donald Trump‘s supporters stormed the Capitol.

The Secret Service has produced thousands of pages of other documents to the select committee, “and our investigators are assessing that information,” Thompson and Cheney said.

But they noted that the agency underwent the system migration process “just three weeks after the attack on the Capitol in which the Vice President of the United States, while under the protection of the Secret Service, was steps from a violent mob hunting for him.”

“Four House committees had already sought these critical records from the Department of Homeland Security before the records were apparently lost,” Thompson and Cheney added. “The Select Committee is seeking additional Secret Service records as well. Every effort must be made to retrieve the lost data as well.”

The select committee issued the subpoena after being informed that Secret Service texts from Jan. 5 and Jan. 6 of that year had been erased as a result of a “device-replacement program.” The inspector general for the Department of Homeland Security, which oversees the Secret Service, briefed the select panel about the missing texts hours before the subpoena was issued Friday night, news outlets reported.

The inspector general, Joseph Cuffari, had previously told congressional committees that the messages had been deleted after his office had asked the Secret Service for electronic communications records tied to the Capitol riot.

Secret Service spokesperson Anthony Guglielmi pushed back on any suggestion that the agency “maliciously deleted text messages following a request,” saying last week that “the Secret Service has been fully cooperating with the OIG in every respect.” Guglielmi said the Secret Service had started to reset its devices in January 2021as part of a preplanned “system migration process,” during which time some data was lost.

A senior Secret Service official told NBC that agency employees had been reminded in two separate emails to preserve records on their mobile devices before that replacement process began.

The letter sent Tuesday, obtained and reported by NBC, said that Homeland Security’s inspector general “specifically requested text messages sent or received by 24 Secret Service personnel during the period of December 7, 2020 through January 8, 2021.”

After receiving that request, the letter said that the Secret Service identified “a text message conversation from former U.S. Capitol Police Chief Steven Sund to former Secret Service Uniformed Division Chief Thomas Sullivan requesting assistance on January 6, 2021 and advised that the agency did not have any further records responsive to [the inspector general’s] request for text messages.”

Any other texts sent by agents around that time are unlikely to be recoverable, multiple outlets have reported.

Rep. Zoe Lofgren, D-Calif., one of nine members of the select committee, said in an MSNBC interview Tuesday that the panel “got one text message” from the Secret Service. That message may not be new, Lofgren said: “It is clear to me, that is a text message that may have been captured through another branch of government.”

The Secret Service’s letter to the committee on Tuesday said it has turned over a total of 10,569 pages of documents so far, pursuant to the subpoena.

“The Secret Service continues to engage in extensive efforts to further assess whether any relevant text messages sent or received by 24 individuals identified by [Cuffari’s office] were lost due to the Intune migration and, if so, whether such texts are recoverable,” the letter added.

Meanwhile, the National Archives and Records Administration on Tuesday asked the Secret Service to investigate the “potential unauthorized deletion” of the texts in question.

The controversy over the text messages comes amid heightened public interest in the Secret Service following the select committee’s public hearings on the Capitol riot, which produced bombshell allegations about Secret Service agents’ involvement in the events of that day.

Former White House aide Cassidy Hutchinson told the committee last month that she had heard that Trump, following a preriot rally near the White House, lunged at a Secret Service agent in a vehicle after being told that they would not drive him to the Capitol.

Trump denied the allegation, and news outlets reported that unnamed Secret Service sources disputed her remarks. But agents with knowledge of the alleged incident have yet to challenge Hutchinson’s claims in sworn testimony before the committee.

The panel’s next public hearing is set for 8 p.m. ET Thursday.