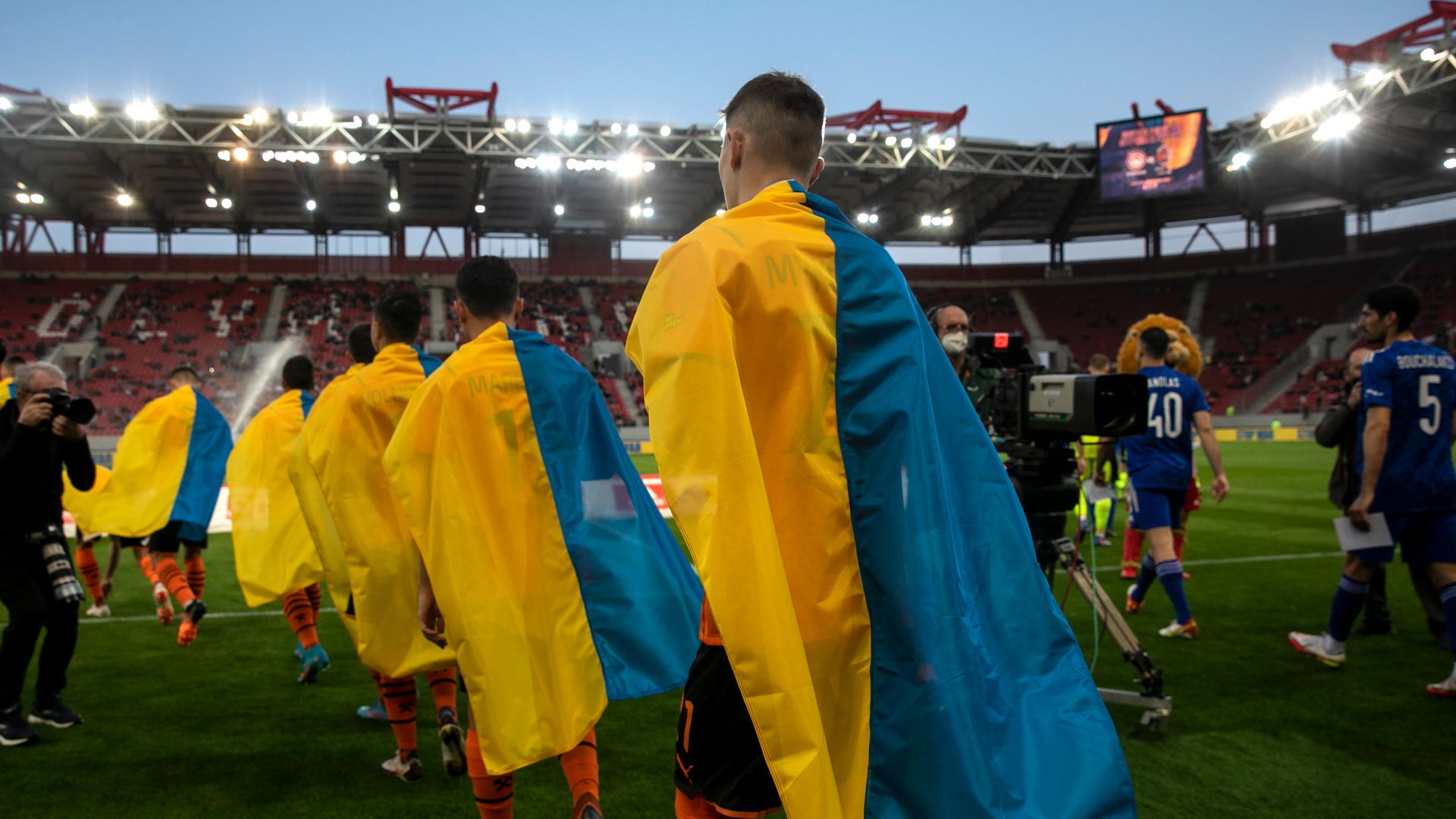 Shakhtar Donetsk chief executive Sergei Palkin has accused FIFA of being “negligent” after passing a rule that allows foreign footballers in Ukraine to leave for free until 2023.

The Ukrainian champions, who are playing in this season’s Champions League, are pursuing millions of pounds worth of damages from the governing body for lost transfer revenue after players were allowed to suspend their contracts for a year due to the ongoing Russian invasion.

Palkin says the club had intended to sell these players – which include Fulham-bound Manor Solomon – and wanted that revenue to cover losses and debts, which include future payments due to other clubs for previous player purchases.

FIFA says it consulted all relevant stakeholders in Ukraine before deciding the ruling, but Palkin does not believe they spoke to the Ukrainian clubs, Football Association or the country’s leagues.

“We contacted the legal department at FIFA and said ‘it’s very complicated, let’s work out the situation’. But they completely ignored our letter. No answer at all,” he told Sky Sports News.

“Then we contacted the Ukrainian association, and created a letter with all the clubs, sent it to FIFA and got no answer at all.

“We had a lot of arguments, even journalists called FIFA asking ‘did you communicate with all key stakeholders’? They (FIFA) said ‘yes’. But they completely ignored the Ukraine association, clubs, and our Premier League.

“At the same time, they connected with the World League Forum. What is this organisation responsible for? It’s ridiculous. Its negligence of the decision-making process.

“They should consult all parties especially the Ukrainian clubs. All the European organisations support Ukraine. How is it possible to behave like this?

“If you have stolen our players in accordance with your rule, you (should) say ‘okay, in this case you have war, a difficult situation, (so) you don’t need to pay these debts to clubs.

“From one side they did nothing. ‘You need to pay to clubs up to €50m in debts. From another one, they have stolen our players. What should we do? They just kill us. Nobody paid attention, nobody asked us.

“This situation gave more power to agents and makes them much richer than before.

“I’ve heard from FIFA that they are trying to put in some sort of security for foreign players. Well after the war started, all foreign players were secure within one week. Nobody pushed foreign players to return. I negotiated with all of them, they could be loaned and sold, all were happy. Even the agents were happy.

“But FIFA penetrated our financial ecosystem and destroyed everything.”

Fulham have agreed a one-year deal with winger Solomon, who is set to be announced in August, in accordance with this FIFA ruling – and Palkin claims they pulled out of an agreement to buy him in order to secure him for nothing.

“We corrected all items in the contracts. From our side we even signed the contract, stamped it, and sent it to Fulham to sign from that side.

“FIFA issued regulation number seven, and the next day they (Fulham) sent me an email saying thank you very much, we are out of the deal, we will take the player.”

Fulham declined to comment on these claims when contacted by Sky Sports News.

Shakhtar also face losing Brazilian left-back Ismaily and ex-Manchester City striker Olarenwaju Kayode under the same circumstances – and any move elsewhere would take them to the end of their Shakhtar contracts.

Solomon will be returning to Shakhtar just six months before the end of his deal, so he would also be able to speak to foreign clubs and agree a pre-contract for January 1 2024. It is also the same case for Brazilian forward Tete, who has been linked with Lyon.

Shakhtar have also written to the Court of Arbitration for Sport (CAS) on the matter, with the ruling having come nine days before June 30, giving the club just over a week to try to negotiate sales.

A FIFA amendment said clubs could not register players joining from suspended contracts until August 1 in an attempt to give Shakhtar more time, but it is understood to have had little impact.

FIFA insists the statute was made following consultation with relevant “key stakeholders in Ukraine and global football” and “with the aim of effectively assisting players, clubs and coaches impacted by the war”.

The governing body told Sky Sports News: “As such, the decision is the outcome of a number of different meetings, specifically with the involvement of the European Club Association (ECA), the independent body directly representing football clubs at European level.

“Any potential disputes arising from the Bureau’s decision will be dealt with by the relevant FIFA bodies in line with the applicable regulations.”