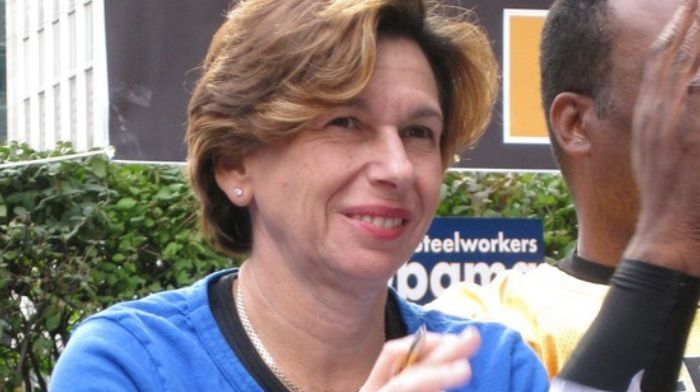 The Master of Politicizing Schools Says Education is Too Politicized

Last week, American Federation of Teachers President Randi Weingarten tweeted the results of a poll of teachers showing “nearly 9 out of 10 respondents say schools have become too politicized.” As she put it, “AFT members were on the frontlines of the first wave of the pandemic, but in many ways the last year was even harder” due to “mask wars, culture wars, the war on truth, or the devastation in Uvalde.”

This has become a persistent theme for Weingarten. Just last month, in a press release titled “Educators are at a breaking point,” Weingarten said that “teaching has never been an easy job” but the added stress of “the injection of politics into our classrooms has done a real number on our educators.”

Weingarten’s laments about the politicization of education would be far easier to take seriously if she practiced what she preached. Instead, she routinely utilizes her perch atop America’s second-largest teachers union to opine on virtually every political topic imaginable.

For instance, on June 30 Weingarten slammed the “extremist right-wing majority” on the Supreme Court for changing how the EPA regulates greenhouse gas emissions. Six days earlier, she thundered that Roe V. Wade was overturned by “extremist judges” and was “a threat to freedom everywhere.”

A day earlier, Weingarten released yet another statement attacking conservative justices for “callously and cravenly imposing its view of who has rights” after they struck down a New York gun control law.

To be fair, Weingarten is not the first teachers union chief to use her high-profile position to opine on issues beyond her remit. For nearly three decades, her predecessor, Al Shanker, spent millions in teachers’ union dues to purchase ad space on The New York Times op-ed page to publish his weekly “Where We Stand” column, often straying far from education into a range of economic, social, and political issues.

In June 2020, under her leadership and direction, the AFT issued “19 commitments to combat systematic racism,” which included “mobilizing and engaging” people to “vote for Joe Biden.” She has indulged the convenient rhetorical dodge that critical race theory is taught “principally in law school” and colleges, not in K-12 public schools (even though the “anti-racist policies” she wants to see adopted by school boards are precisely a product of CRT), while promising to “defend any member who gets in trouble for teaching honest history,” the preferred term of art for curriculum viewed through a CRT lens.

It is bizarre and incoherent to complain about the effects of culture war and politics on classrooms when you routinely stake out nakedly partisan and divisive positions.

The barrage of official press releases and Weingarten’s active Twitter feed are not an aberration but business-as-usual. The American Federation of Teachers under Weingarten is obsessed with politics. Take some of the agenda items from one of their recent biennial conventions. As AEI’s Rick Hess pointed out after the 2020 AFT convention:

RELATED: Democrats Support School Choice, But Only For Themselves, Not For You

There was the resolution proclaiming that “Trump is openly establishing himself as a despot, ready to reject all democratic norms in pursuit of mobilizing his racist right-wing base and consolidating a regime of tyranny.”

The policy agenda could have prompted complaints of plagiarism from Bernie Sanders. The AFT endorsed “a Green New Deal,” increased marginal tax rates of up to 70 or 80 percent, a “Billionaire Net Worth Tax,” cutting defense spending by at least 10 percent and “single-payer” health care or “a public option” by 2025. It also wants Washington to explore banning for-profit hospitals and reviewing “the charitable status of nonprofit hospitals.”

Some of these ideas are so far to the left that even the Democratic Party won’t touch them.

Ironically, Weingarten is almost certainly right about teachers feeling their job is too politicized. And she’s likely far to the left of many of her membership: A 2017 EdWeek poll found 43 percent of teachers described themselves as politically moderate, 29 percent as liberal, and 27 percent as conservative.

If Weingarten and the AFT were serious about turning down the temperature in schools, getting the culture war out of the classroom, and returning politics to its proper place, they might begin by taking a hard look in the mirror. If Weingarten wants the culture war to end, she should stop stoking it.

Robert Pondiscio is a senior fellow in education policy studies at the American Enterprise Institute. RJ Martin is the program manager of education at AEI.