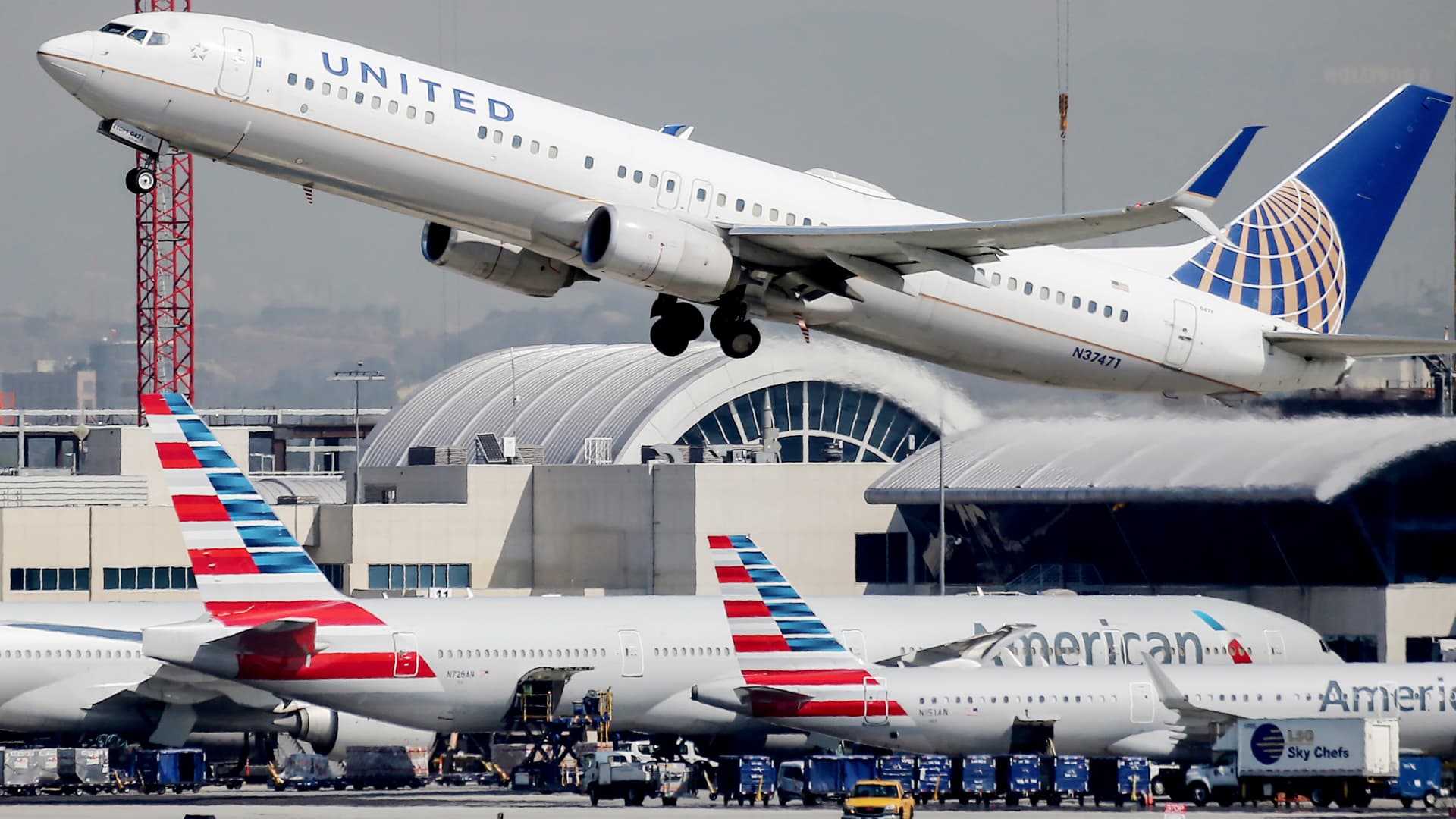 5 things to know before the stock market opens Thursday

Here are the most important news items that investors need to start their trading day:

Futures were down on the Dow and the S&P 500, while the Nasdaq went back and forth Thursday morning. The three major indexes are coming off a positive Wednesday, with the tech-centric Nasdaq leading the way for the week as earnings reports from several sectors come pouring in. Multiple big-name companies are announcing results Thursday, including Snap and Mattel after the closing bell. Investors are also digesting earnings reports from major airlines United and American. (Read more on that below.)

A Tesla dealership is seen in West Drayton, just outside London, Britain, February 7, 2018.

Electric car leader Tesla posted higher-than-expected per-share profit Wednesday, even as its automotive margin fell to 27.9% in the second quarter from 32.9% in the previous period. Like other automakers, Tesla has had to contend with ballooning costs for materials and supply chain snarls such as semiconductor shortages. Covid restrictions in China limited production from the company’s plant in Shanghai. New factories in Austin, Texas, and Berlin, which CEO Elon Musk previously called “gigantic money furnaces,” also ate into Tesla’s margins.

Strong travel demand, even in the face of inflation and expensive fares, lifted American Airlines‘ quarterly results, which were largely in line with analysts’ expectations. The company said Thursday it also expects to post a profit for the current period. United Airlines on Wednesday reported its first profit without government aid since the pandemic began, but the carrier’s results came in below Wall Street’s expectations. CEO Scott Kirby cited three big challenges the company faces over the next 18 months: “Industry-wide operational challenges that limit the system’s capacity, record fuel prices and the increasing possibility of a global recession.” Shares of both airlines declined before the bell Thursday.

Add Microsoft to the list of tech giants that are getting more conservative when it comes to hiring and spending. The company said it would scale back on adding employees as inflation weighs on consumers and some see a potential recession on the horizon. “As Microsoft gets ready for the new fiscal year, it is making sure the right resources are aligned to the right opportunity,” a company spokesperson told CNBC. Google parent Alphabet and Facebook parent Meta are also slowing their hiring pace. Apple, too, is reportedly aiming to ease back on spending and hiring for certain teams.

Gasoline prices are coming down, and there’s a strong chance the United States saw a peak when the average price hit $5.01 in June. It’s likely due to two major factors: lower demand as people cut back on road travel and continue to work from home, and supply growth. Some drivers are now paying under $4 a gallon, although it’ll take a while to get the national average down to that point. It was at $4.440 per gallon as of Thursday, and there are still plenty of variables that could lead to another price spike, including the potential for hurricanes disrupting production in the Gulf of Mexico.