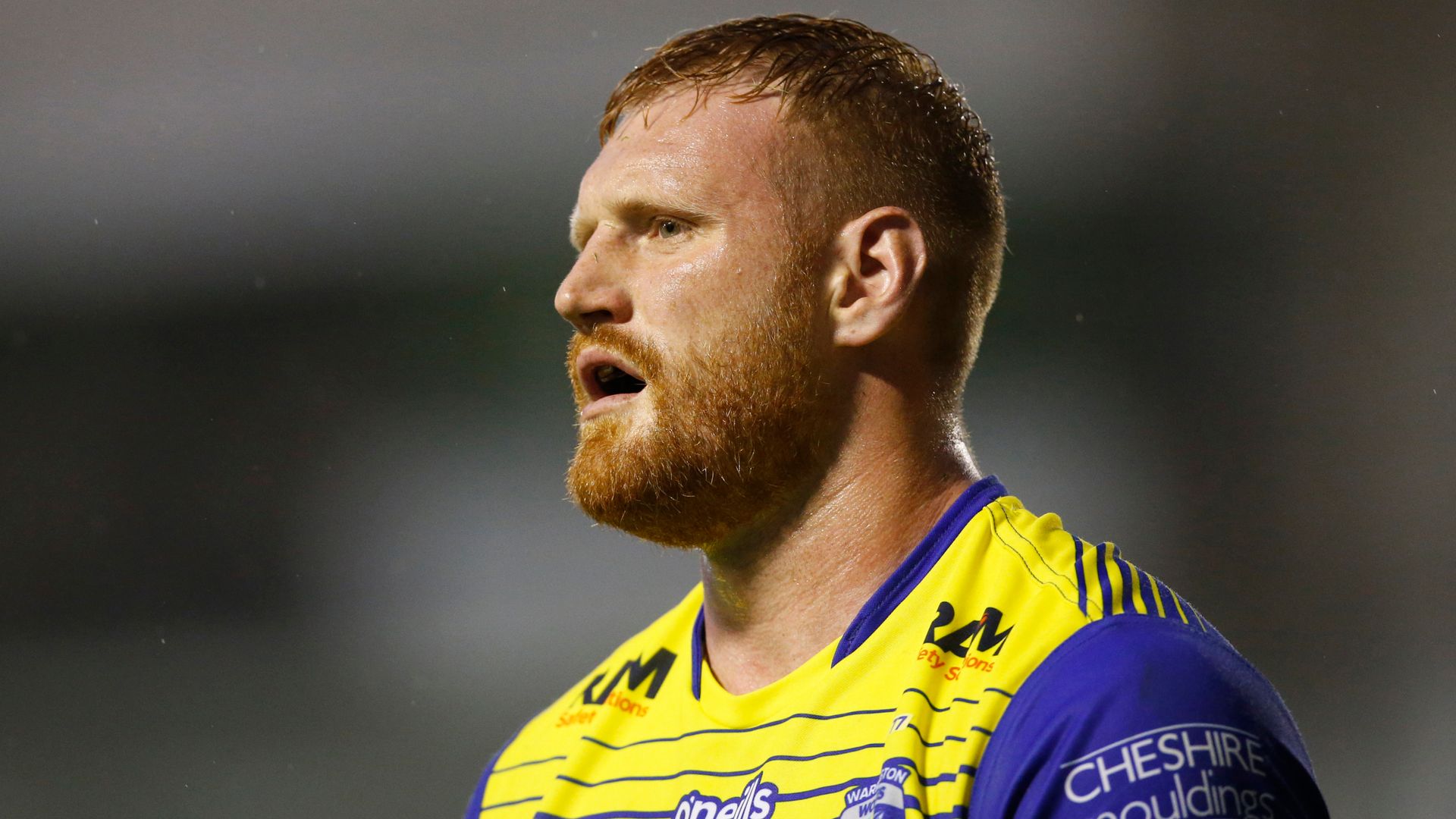 ‘A lot of emotion and passion’ – Bullock excited for derby clash

Warrington Wolves prop Joe Bullock on what makes a derby clash with Wigan Warriors special and staying positive during a tough period; watch Wigan and Warrington face off in the Betfred Super League live on Sky Sports Action from 7.30pm on Friday (8pm kick-off)

Joe Bullock knows all about the ferocity of derby matches from his time playing in Cumbria.

During his five seasons with Barrow Raiders, the prop and his team-mates would regularly face off against their counterparts up the coast in Whitehaven and Workington for the bragging rights and, on one occasion against the former, to decide promotion.

On Friday, Bullock will be going into battle with current club Warrington Wolves against one of their fiercest rivals in Wigan Warriors live on Sky Sports and the 29-year-old sees plenty of similarities with that and those all-Cumbrian clashes.

“Cumbrian derbies are something unique in themselves,” Bullock told Sky Sports. “The crowds and the atmosphere are big like with the Wigan-Warrington matches.

“It’s just the passion between two towns who absolutely love rugby coming together playing in the games. They’re the games you thrive in and look forward to playing in with the big atmospheres.

“There is a lot of emotion and a lot of passion in them, so it’s going to be a really great experience and a really great game, and I’m looking forward to playing in it.”

Bullock is one of those in the Warrington squad who have seen this rivalry from both sides. Their England international half-back George Williams made his name at Wigan prior to joining NRL side Canberra Raiders, while second-row Matty Nicholson is a recent recruit from the Warriors too. 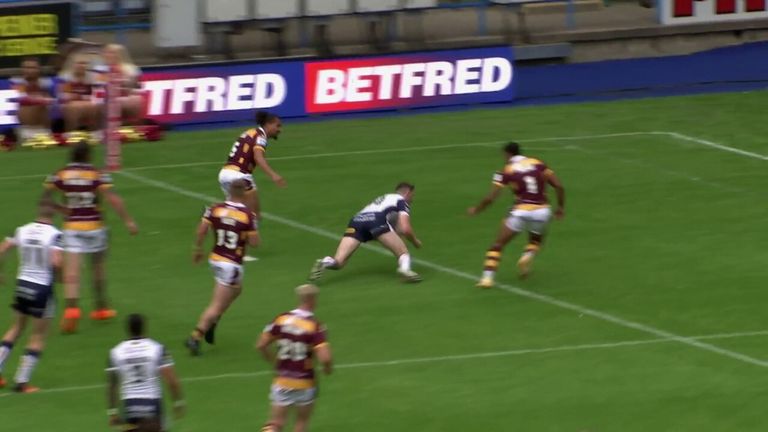 The Blackpool native got his start in professional rugby league as a member of Wigan’s youth set-up too, eventually being snapped up by the club again ahead of the 2019 season after a string of stand-out performances for Barrow in League One and the Championship during his time at Craven Park.

But after three seasons with the Warriors, which included a Grand Final appearance in 2020, Bullock opted to swap the Cherry and White for the Primrose and Blue ahead of the 2022 Betfred Super League campaign.

It has not been the easiest of years for the Wolves, though, and rather than being up among the play-off contenders as many expected pre-season, they find themselves languishing in 10th with just seven wins from 21 matches. Nevertheless, Bullock is still enjoying the challenge.

“I came to Warrington with the challenge of making myself better and improving myself, and I wanted to take on that challenge of going to a new club,” Bullock said. 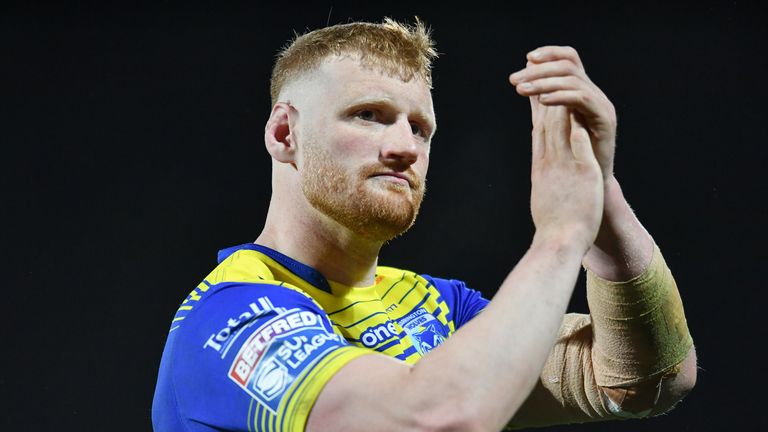 “I think I still have that opportunity this year and I think the adversity we’ve had on the field with our results has added to that challenge. I really enjoy going to training and try to make myself better.

“Obviously the results have been difficult and we’re in a really tough place, and I think everyone is feeling that.

“It’s not nice to be losing every week and not picking up wins, but it’s kept us together as a group and that’s really important for us, to stay focused as a group, stick together and come through that challenge.”

Last Saturday’s 32-22 defeat to Huddersfield, in which Bullock was sin-binned, was a microcosm of where things have been going wrong for Warrington this year as far as the forward is concerned, particularly with them being unable to close the game out after getting into a potentially match-winning position.

A trip to Wigan, where the historic Locker Cup will be up for grabs for the first time in three years, is onerous enough for any team at any time, never mind with Friday’s hosts coming off the back of a convincing 46-4 win at home to Hull Kingston Rovers last week which strengthened their grip on second place in Super League.

Bullock sees it as the perfect opportunity to turn things around as the Wolves aim to salvage something from the season in the remaining games though, along with wanting to prove a personal point too.

“They were always massive games and I remember the first two games I played in had a massive atmosphere with packed-out crowds,” Bullock said.

“You knew you were in a big game when Warrington came around, so it would be nice to get that opportunity to play at the DW for Warrington this time and go on. 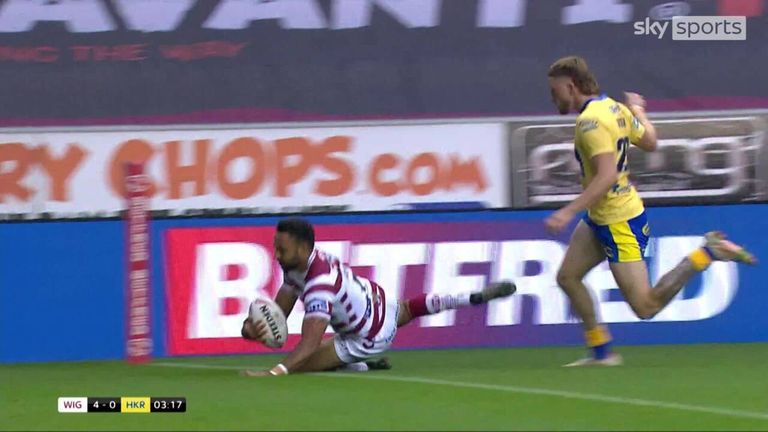 “I just want to prove to Wigan fans I am still a great player and do what I can do to help Warrington get the points we need.”

Watch the derby clash between Wigan and Warrington at the DW Stadium live on Sky Sports Action from 7.30pm on Friday (8pm kick-off).