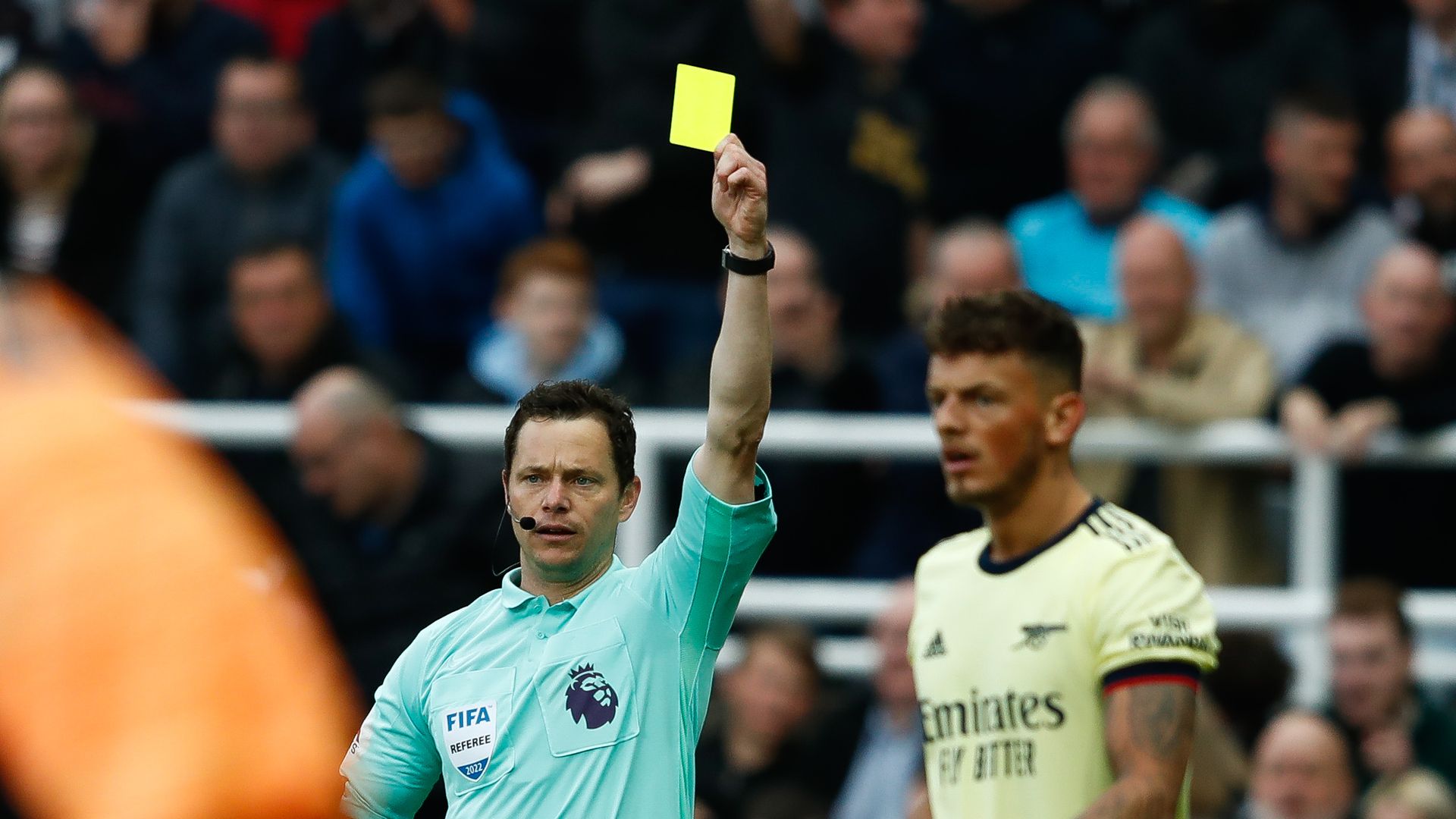 Back a White yellow vs Zaha at 6/1 – Jones Knows

After a hugely successful 2021/22 season with +64 profit gained, our tipster Jones Knows’ best bets column is back and full of betting gold for the opening weekend.

So, we go again. The slate is wiped clean and my desire to topple those bookmakers burns brighter than ever.

It makes perfect sense to take seriously the 6/1 on Ben White picking up a card on Friday night.

We look to have a classic case of a positional change that hasn’t yet been factored into the market as White, usually a centre-back, looks set to deputise for Takehiro Tomiyasu at full-back with William Saliba partnering Gabriel in the heart of the Arsenal defence. White is therefore set for a showdown with card-drawing king Wilfried Zaha down the channel.

No player drew more yellow cards than Zaha last season (14), while if you stretch the data out to the last five years, the Palace forward has been responsible for winning 87 yellow cards for fouls against him – the next in that list is Richarlison with 78.

Those who have cast their eye over my ante-post season previews, will know I am fully invested in Callum Wilson scoring goals for Newcastle this campaign. I’m on him to win the Golden Boot at 33/1 and make the England World Cup squad at 6/1, so it won’t come as a surprise to read I’m playing him to score this weekend.

Wilson has a history of scoring goals early on in a campaign. In the last nine seasons when he has been fit enough to start a season (eight out of nine), Wilson has scored on average five goals in the first eight matchdays of that season.

Overall it works out at an average goals scored per 90 minutes of 0.6 in the first eight matchdays of a season. That compares to a 0.3 average in games over the course of the rest of the season. His body seems to peak after the pre-season period.

Wilson is certainly talking a good game, too. He said: “This season, I feel strong, I feel fit, I feel robust. It’s down to me now to prove those doubters wrong. I thrive off that.”

Everything points to him and Newcastle starting with a bang. He’ll be carrying my money this weekend in the first goalscorer market at 5/1 – the first of many, we hope.

1pt on Kyle Walker-Peters to have two or more shots vs Tottenham (5/1 with Sky Bet – Bet Here!)

Finding value in ‘player prop’ markets like shots is going to become increasingly harder this season with the five substitutions rule likely to impact on playing time for certain players with no tweaking of the prices offered.

That, added to an already tightening up on prices by bookmakers in those particular markets, is going to make it tougher for lovers of such quirky betting opportunities. Yet, there are still angles to exploit and Southampton’s Kyle Walker-Peters is a man to certainly get involved with in his shot prices. The ever-improving defender averaged 0.8 shots per 90 minutes last season as Saints boss Ralph Hasenhuttl gave plenty of license for his full-backs to join attacks, sometimes in very central positions.

A switch to a back three this season could mean even more emphasis on the wide players setting the tone for attacks and Walker-Peters undoubtedly has the ability to make a difference in the final third. Southampton aren’t going to sit back in north London so I’m very happy to invest in Walker-Peters, against his former club, to fire at least two shots on goal at a temping price of 5/1 with Sky Bet.

0.5pts on White to be carded, Wilson to score first and Walker-Peters to have two or more shots (225/1 with Sky Bet – Bet Here!)

The time is now for Tottenham. Antonio Conte isn’t here for a long-term project. He is asking the club to win and win this season. And credit to the club, they are listening to his wishes. Read here!

Are Leicester the forgotten team in the Premier League? With Wesley Fofana fit and an improving young squad, Jones Knows is jumping on the Foxes bandwagon. Read here!

In his series of betting previews for the new season, tipster Jones Knows is backing Callum Wilson at 33/1 to win the Premier League Golden Boot. Read here!