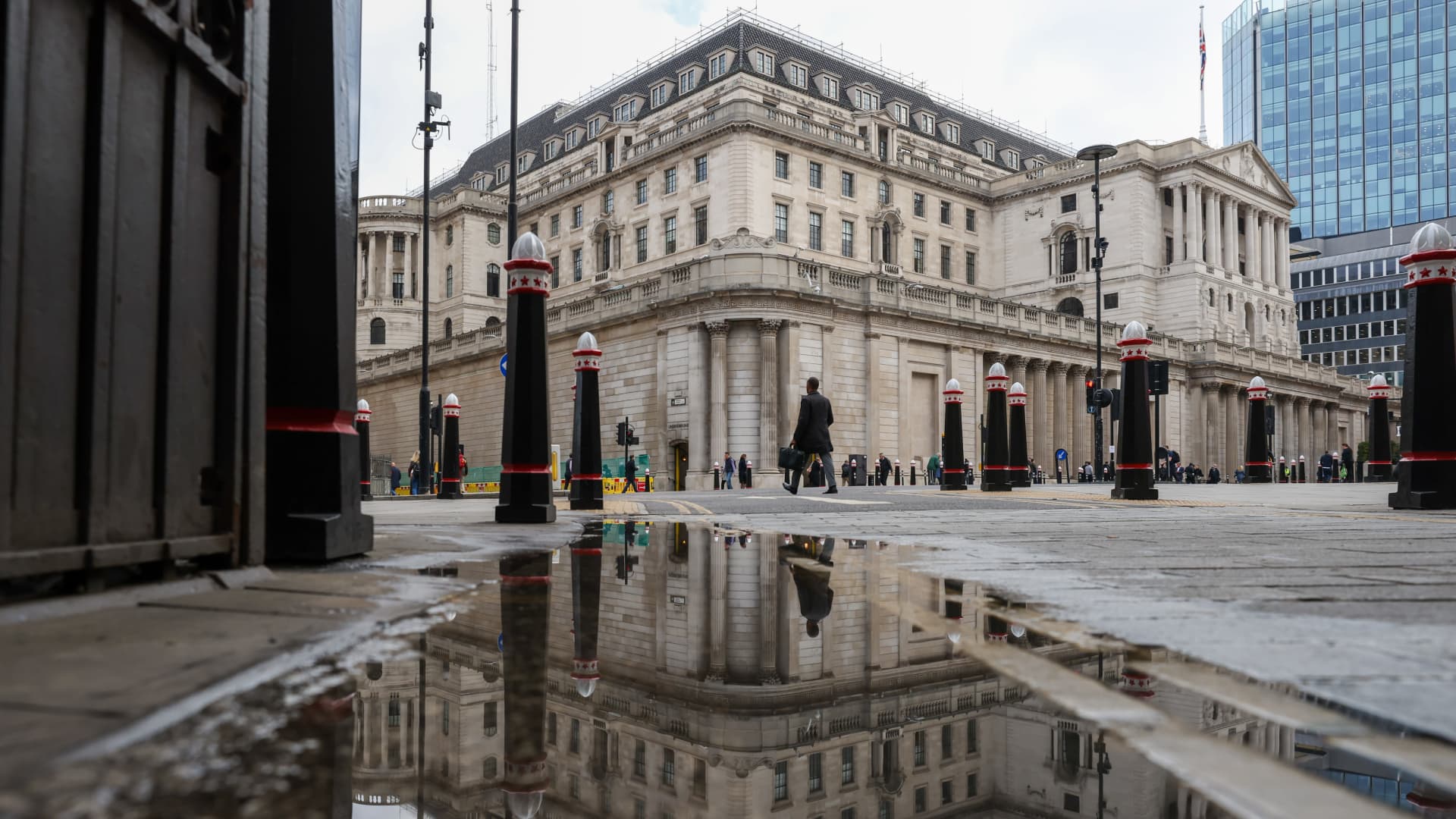 BOE Governor Andrew Bailey has warned the Bank is walking a “narrow path” between growth and inflation.

LONDON — The Bank of England on Thursday hiked interest rates by 50 basis points, its largest single increase since 1995, as it tries to rein in runaway inflation.

The sixth consecutive increase takes borrowing costs to 1.75% and marks the first half-point hike since the Bank was made independent from the British government in 1997.

The Monetary Policy Committee voted by a majority of 8-1 in favor of the historic half-point hike, and cited rising inflationary pressures in the U.K. and the rest of Europe since its previous meeting in May.

“That largely reflects a near doubling in wholesale gas prices since May, owing to Russia’s restriction of gas supplies to Europe and the risk of further curbs,” the MPC said in its accompanying statement.

“As this feeds through to retail energy prices, it will exacerbate the fall in real incomes for UK households and further increase U.K. CPI inflation in the near term.”

Britain’s energy regulator Ofgem increased the energy price cap by 54% from April to accommodate soaring global costs, but is expected to rise by a greater degree in October, with annual household energy bills predicted to surpass £3,600 ($4,396).

The Bank now expects headline inflation to peak at 13.3% in October and to remain at elevated levels throughout much of 2023, before falling to its 2% target in 2025.

Markets had broadly priced in the more aggressive approach at the August meeting, after U.K. inflation hit a new 40-year high of 9.4% in June as food and energy prices continued to surge, deepening the country’s historic cost-of-living crisis.

Bank of England Governor Andrew Bailey vowed last month that there would be “no ifs or buts” in the central bank’s commitment to returning inflation toward its 2% target.

Analysts had been keen to assess the Bank’s language, particularly its previous commitment to act “forcefully” on inflation, and the MPC retained that language in Thursday’s report.