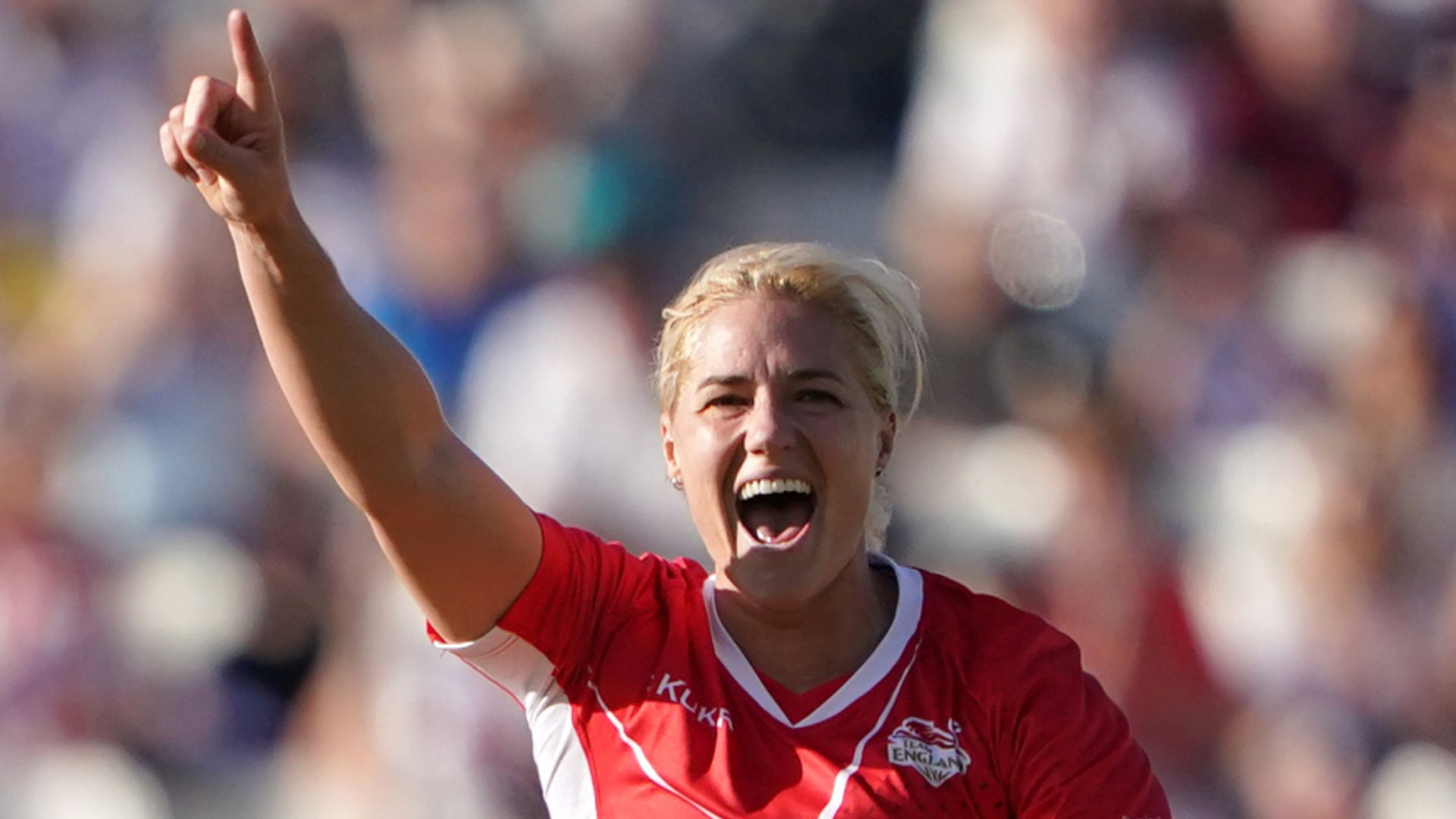 England are through to the Commonwealth Games semi-finals as group winners after a brilliant spell of opening bowling from Katherine Brunt set up a dominant seven-wicket victory over New Zealand.

Brunt took two early wickets to set the tone as an excellent bowling performance from England limited to New Zealand to just 71-9 from their 20 overs at Edgbaston, with Issy Wong (2-10) and Sarah Glenn (2-13) also claiming two dismissals.

England cruised to their target as Sophia Dunkley (19) and Alice Capsey (23) put on a quickfire 39 for the second wicket, before stand-in captain Nat Sciver (7no) and Amy Jones (18no) saw them home with over eight overs to spare.

Both teams had already qualified for the semi-finals before the tournament’s final group stage game, but England’s victory means they will face Group A runners-up India on Saturday, after New Zealand take on favourites Australia.

The victory completed a perfect group stage for England, who also recorded wins over South Africa and Sri Lanka despite the absence of captain Heather Knight, who was on Wednesday ruled out of the tournament with a hip injury.

England were in control from the first over on a balmy summer’s evening in Birmingham, with Brunt bowling Sophie Devine in emphatic fashion as an in-swinging delivery sent the New Zealand captain and star batter’s leg stump cartwheeling.

The 37-year-old followed that up by dismissing Amelia Kerr in almost identical fashion in her second over, before fellow quick Wong struck an over later to remove Suzie Bates and leave New Zealand 12-3.

As if the situation was not bad enough, a terrible mix-up resulted in Brooke Halliday being run out, before Wong removed Hayley Jensen with a slower ball to blunt New Zealand’s attempts at counter-attacking.

Spin then took over for England, as the world’s top-ranked T20I bowler Sophie Ecclestone bowled New Zealand’s top scorer Maddy Green for 19, before Glenn removed Lea Tahuhu and Rosemary Mair, with the latter out first ball to leave the White Ferns at 57-9 with five overs still to be bowled.

Hannah Rowe and Fran Jonas dug in to see the overs out in what was New Zealand’s longest and joint-highest partnership of the innings, but 71 was never likely to trouble England.

There was a glimmer of hope for New Zealand as England opener Dani Wyatt went in the first over, with wicketkeeper Emma Gaze taking a good catch after the ball had gone high into the air off the spin bowling of Jonas.

However, England’s teenage batting sensation, the 17-year-old Capsey, quickly put her side back on track as she hit Tahuhu for four boundaries in an over to the delight of the Edgbaston crowd.

Capsey, who had struck a maiden half-century in England’s previous game against South Africa, was soon out for 23 to Kerr, but there was plenty more evidence to point to a very bright future.

Dunkley joined in with the boundary-hitting, and England needed just 27 more for victory when she was bowled by Kerr for 19.

Skipper Sciver and Jones made light work of it, with the latter producing some fine stroke play as she advanced to 18 not out from just 10 balls.