BREAKING NEWS
GMT+2 04:19
Home Politics DeSantis Responds To Invite From ‘The View’ With List of Clips Where Hosts Call Him ‘Fascist, Bigot’ 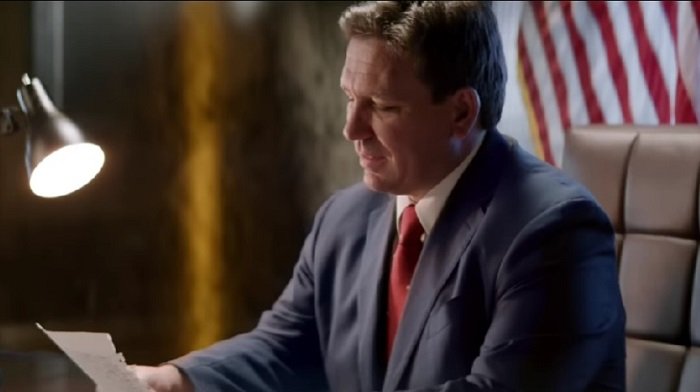 DeSantis Responds To Invite From ‘The View’ With List of Clips Where Hosts Call Him ‘Fascist, Bigot’

Ron DeSantis’ office responded to a request by “The View” for the governor to appear on their show by providing several clips of the show’s hosts calling him a “fascist,” “bigot,” and “anti-black.”

Bryan Griffin, the deputy press secretary for the governor, shared the request on social media.

The following day he posted a copy of the office’s email response.

“Thanks for the invite. I understand that you are sending this request on behalf of your team,” Griffin wrote.

“But are the hosts of the View [sic] really interested in hearing from Governor DeSantis about all of the important work he is doing on behalf of Floridians to protect their health and livelihoods, to stand up for parents and children, and to defend freedom?”

It only got better from there.

.@TheView emailed our office on Friday asking for us to arrange an appearance from Governor DeSantis on the show. “We would be honored,” they wrote.

RELATED: Media Frets That Republicans May Shut Out, Ignore Them Going Forward

The email from Griffin included several instances where hosts of “The View” offered wild commentary about Governor Ron DeSantis.

One such example was co-host Joy Behar, almost exactly one year earlier, calling DeSantis a “homicidal sociopath” and “dangerous criminal” for banning mask mandates in the state of Florida.

“You’re just short of calling him a negligent, homicidal sociopath,” Behar said. “Because that’s what he is.”

She added, “And then this sociopath, this dangerous criminal, he tells schools that they will rescind funding if they insist upon a mask mandate.”

Must Watch: Joy and Sunny team up to read Ron DeSantis to filth #TheView pic.twitter.com/AHpx5FHchq

In other examples, co-host Sunny Hostin referred to the potential Republican nominee for President as “a fascist and a bigot,” while in a separate clip accusing him of “coming after black people.”

Another host, Ana Navarro, is quoted as saying DeSantis’ policies are “anti-black … anti-gay,” and “anti-American.”

“Which of the below statements from the hosts of the View do you recommend our team consider when deciding if the interview will be a genuine pursuit of truth?” Griffin asked.

“We will pass on this offer,” he concluded.

Here’s our response to @TheView: pic.twitter.com/dyLNl9qexH

RELATED: DeSantis Gets Standing Ovation For Blasting The Media

Aside from dunking on “The View,” Governor Ron DeSantis has been a frequent critic of mainstream media.

During a press conference last May regarding censorship by big tech and social media companies, DeSantis received a standing ovation for pointing out how wrong it is for former President Trump to be de-platformed while the Supreme Leader of Iran is allowed to make death threats without fear of punishment.

Florida’s Big Tech Bill is for everyday Floridians. We know there’s a problem when BIG TECH DEPLATFORMS THE PRESIDENT OF THE UNITED STATES but they let AYATOLLAH KHAMENEI TALK ABOUT KILLING JEWS — THAT’S WRONG!

DeSantis also stepped in when his press secretary, Christina Pushaw, was accused by Associated Press CEO Daisy Veerasingham of engaging in “harassing behavior” toward one of their reporters.

‘Harassing behavior,’ in their view, was not lying down and accepting a false narrative that they had published at the time.

“You had the temerity to complain about the deserved blowback that your botched and discredited attempt to concoct a political narrative has received,” DeSantis said in a letter.

His press Secretary debunked the hoax.

The AP tried getting her fired.

Here is how DeSantis responded: pic.twitter.com/hKJX7Kd1ys

Team DeSantis’ response to “The View” comes as left-wing media outlets have been openly fretting that Republicans are going to shut them out during the 2024 election cycle.

“GOP politicians are increasingly shirking sit-down interviews, barring journalists from 2022 events, and skipping debates — an aversion to media scrutiny that could upend how the next presidential election cycle is covered,” Vanity Fair wrote.

Even with the examples provided by Ron DeSantis’ office above, it still wouldn’t register with the media why Republican politicians’ interest in engaging with them is waning.