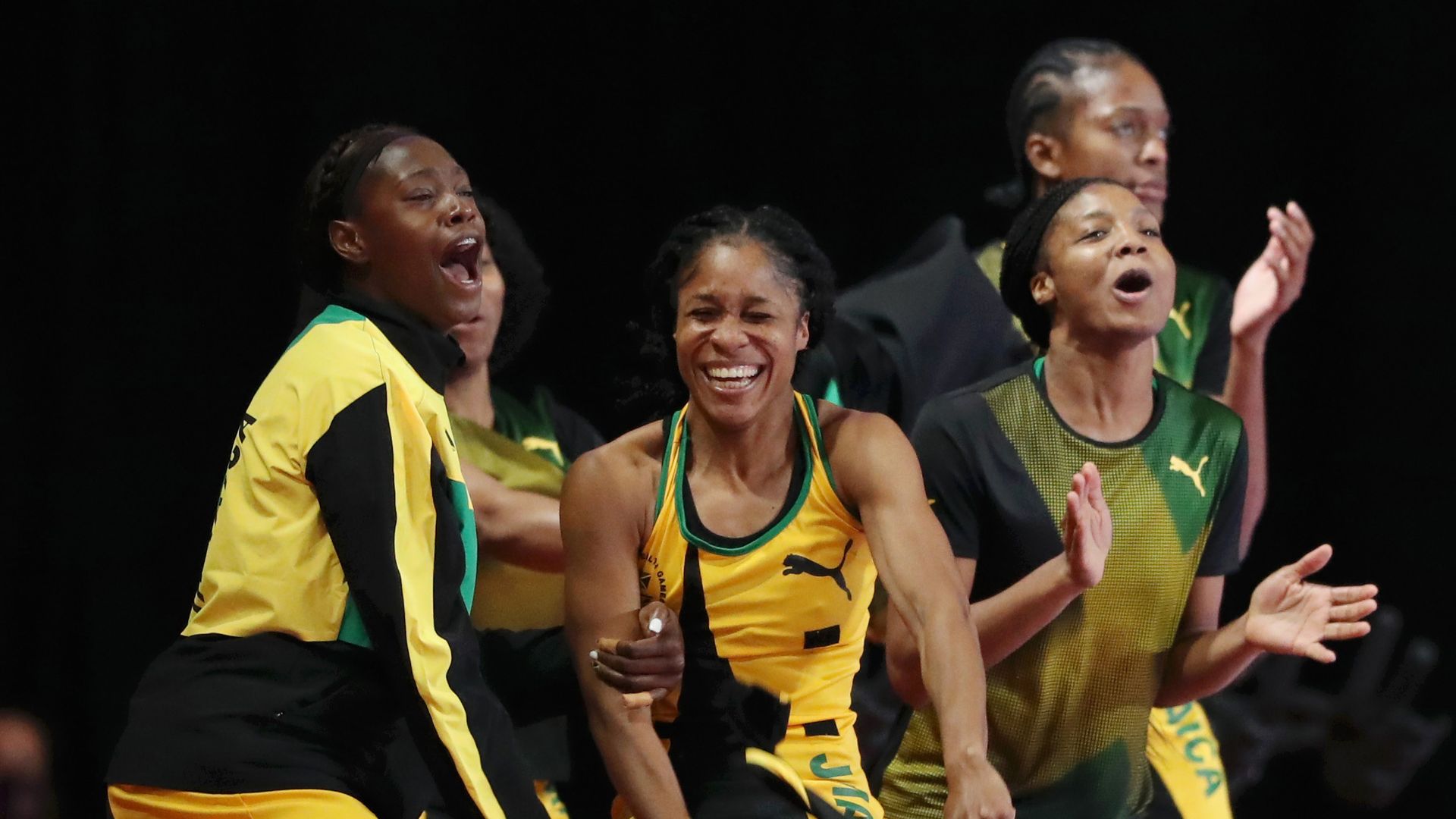 The Sunshine Girls beat Australia 57-55 to secure top spot in Pool A; England and New Zealand face off at 9pm to decide the top places in Pool B; the winner of the match between the hosts and Silver Ferns will take on Australia in the semi-finals, the loser meets Jamaica in the other semi

Jamaica’s Sunshine Girls beat the Australian Diamonds for the first time at the Commonwealth Games on Thursday morning to finish top of Pool A.

The Sunshine Girls’ 57-55 result saw them come back from a six-goal deficit heading into the final quarter.

The result means that Jamaica finish their time in Pool A as the only unbeaten side and top seeds Australia must settle for second position.

“It’s a bit surreal to beat Australia in a Commonwealth Games,” Fowler said after.

“We’ve not done that before, but this team of ours is incredible and we went out there and proved everyone wrong. It feels so good.

“Our mindset from the start was that we are as good as them, if not better. We have so much discipline and focus in our squad.”

The top placings in Pool B will be decided at 9pm, when defending champions England take on the reigning world champions New Zealand. The winner will meet Australia in the semi-finals and the loser will face the in-form Sunshine Girls.

Both semi-finals take place on Saturday, with the bronze medal and gold medal matches being held on Sunday at Birmingham’s NEC Arena.

England have displayed outstanding versatility and built well as the netball competition has played out in Birmingham.

Jess Thirlby has managed her squad’s playing time well to ensure they’re approaching the business-end of the competition as fresh as can be.

England and New Zealand know each other well, having met 54 times previously in their history, and this will be their seventh contest at a Commonwealth Games.

England have prevailed in their last three meetings, most recently during the Netball Quad Series in January and before that, twice on New Zealand soil last September.