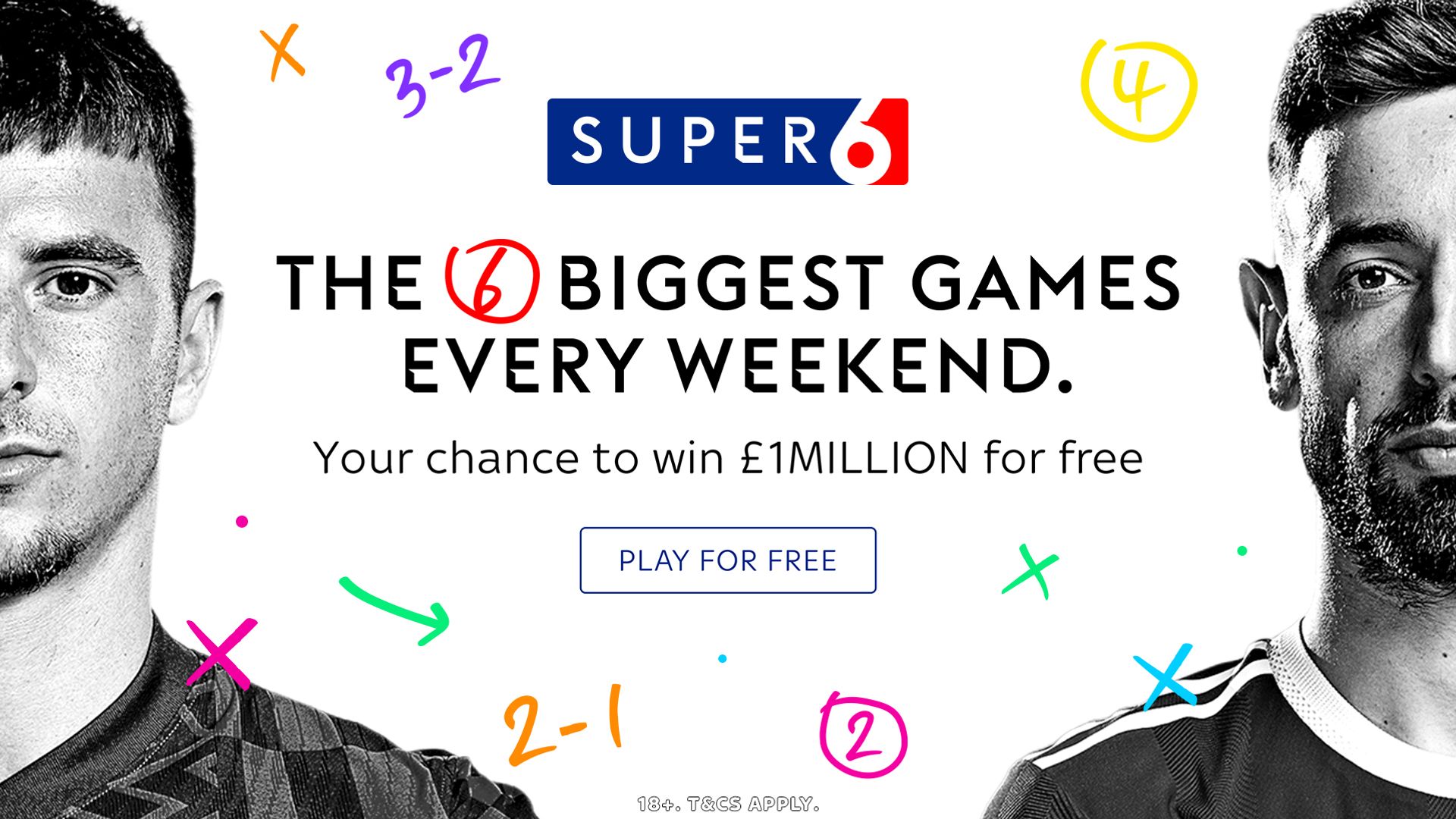 Super 6 is back with a £1,000,000 jackpot to start the season, focusing on the six biggest games across the Premier League weekend.

It’s back… and the game has changed.

Super 6 returns for another season, focusing on the six biggest games across the Premier League weekend.

Now you can enjoy the excitement on both Saturday and Sunday going forwards, adding to the chance of making yourself a millionaire with this weekend’s £1,000,000 jackpot.

The same principles you have come to know and love about Super 6 remain the same.

For each Premier League weekend round entries will close on Saturday at 3pm, and there will be at least £250,000 up for grabs in each round.

Of course, you still have to enter your six predictions for a chance to win, but Super 6 is completely free to play and offers players a chance to win a huge jackpot week in week, week out, while targeting some Premier League and Champions League midweek fixtures too as ever.

You will now automaticlly be entered into the Head-to-Head challenge this season, which gives you the bonus of having an additional prize to play for. There is a catch however, and he goes by the name of Jeff Stelling. You have to outscore Jeff in the specific round for a chance to win. All winners will be entered into a random prize draw to win a Sky Glass TV, of which one lukcy recipient will receive.

The all-important Round 1 fixtures are out and you can enter for free right now if you please. These include the Premier League champions who travel to London to take on West Ham, as well as Erik ten Hag who takes charge of his first league game at Old Trafford, as Manchester United welcome Brighton.

Six correct predictions is all it takes. You could be ending your weekend as a millionaire with Super 6. Play for free, entries close Saturday August 6, 3pm.