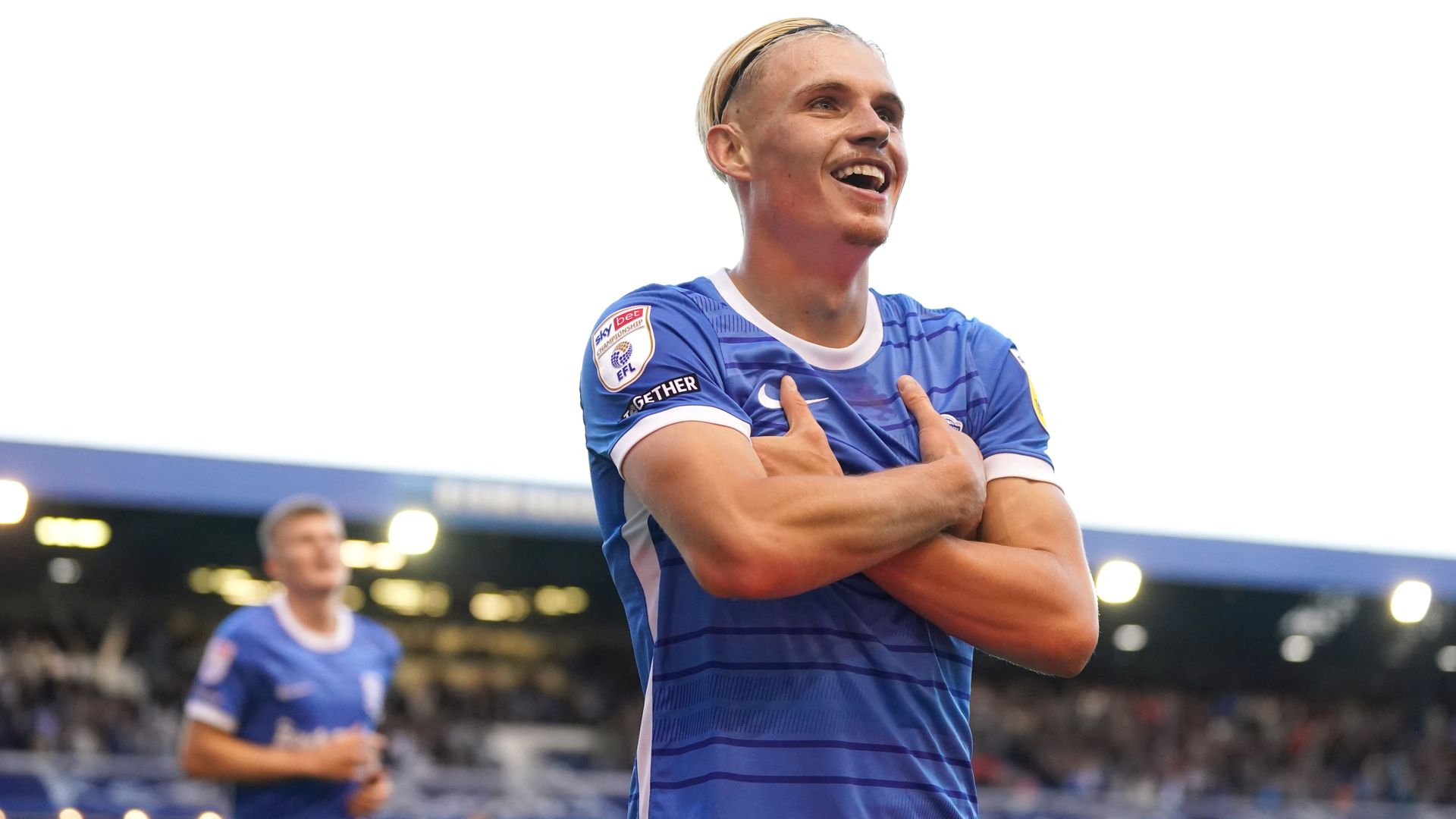 Birmingham put their ongoing off-field uncertainty to one side with a narrow 2-1 win over Huddersfield in the Sky Bet Championship at St Andrew’s.

But it was a different story after the break and Danny Ward pulled one back for Huddersfield as the hosts had to defend for long periods.

A proposed £36.5m takeover of the Blues by Maxi Lopez and Paul Richardson has stalled over doubts whether the businessmen have the funds to buy the near 22 per cent stake of Vong Pech in a two-year plan to seize overall control.

St Andrew’s still has the bottom tiers in two stands closed due to structural concerns despite hopes they would be open by the start of the season, significantly reducing the capacity.

However, the hosts started brightly and threatened when left wing-back Placheta cut inside Ollie Turton and saw his bobbling shot kept out in an unconvincing manner by goalkeeper Lee Nicholls on the line.

Birmingham took the lead with their next attack, in the fifth minute. Juninho Bacuna whipped in a dangerous cross from the right and Hogan got ahead of Turton at the near post to give Nicholls no chance with a stooping header from six yards. It was the 30-year-old’s first goal since January.

The lively Bacuna flashed an angled half-volley just wide from the corner of the box as Blues continued to dominate.

But goalkeeper John Ruddy, making his home debut following his free transfer move from Wolves, needed to make a superb reaction save to palm away Josh Ruffels’ blockbuster from a loose ball and preserve the home side’s advantage.

More pressure from Blues saw them go 2-0 up in the 45th minute. Hogan’s overhit cross was met by Jordan James, whose shot was blocked, and Placheta’s first-time angled follow-up was palmed into the net by the partly unsighted Nicholls.

Sorba Thomas summed up Huddersfield’s first-half display when he finished poorly when presented with an unmarked chance from 12 yards out, after Ward missed Jack Rudoni’s cross.

However, the forward almost redeemed himself almost immediately with a cross that Ruddy was forced to tip over.

Huddersfield took the game to the home side from then on, rather than the other way round.

The visitors hauled themselves back into the contest in the 61st minute when Ward neatly slotted home after Thomas put him through following a one-touch passing move.

However, Bacuna almost snatched a third goal for the hosts at the end, when a mazy 50-yard run that took him past three players ended with a blocked shot.

What the managers said…

Birmingham head coach John Eustace: “Last season we didn’t finish well and we should have been relegated if Derby
hadn’t had all the points deducted, so the group has a point to prove and the players we’re bringing in do too.

“We’ve showed we’re very competitive and hard to play against.

“Collectively this group want to play for each other and most importantly they want to make the fans very proud here at Birmingham City.

“We have started OK but no one’s getting carried away – there’s a hell of a lot of hard work and dark days to come as well.

“But you could see today the fans really got us through that second half and our job is to get the fans, players and staff connected again.

“Hopefully with performances like that, a good footballing performance and a good strong, collective defensive unit in that second half, that’s all going to help.”

Huddersfield head coach Danny Schofield: “There are definitely encouraging signs. It’s a fantastic group of human
beings in that dressing room and they showed that last season,” he said.

“The only thing I ask of them is that when they come into the changing room and they look in the mirror, they see the person they want to see and that’s not letting themselves down.”

Schofield felt Huddersfield were slightly hard done but must cut out the errors if they are to bounce back after successive defeats.

“I thought we were pretty dominant in the second half. The attacking play, momentum, and the rhythm of the game was with us I think pretty much from the start,” he added.

“That’s why I felt hard done by because fundamentally we were off in terms of first and second balls, technical detail on the passes and retaining the ball at times was pretty low.

“But it was a much-improved second-half performance and we maybe deserved more.

“We need to reflect on this and see how we can improve and start more on that front foot with more intensity and quality.

“There were moments when we passed the ball and suffered the counter-attack, and I think that’s what ultimately cost us.”