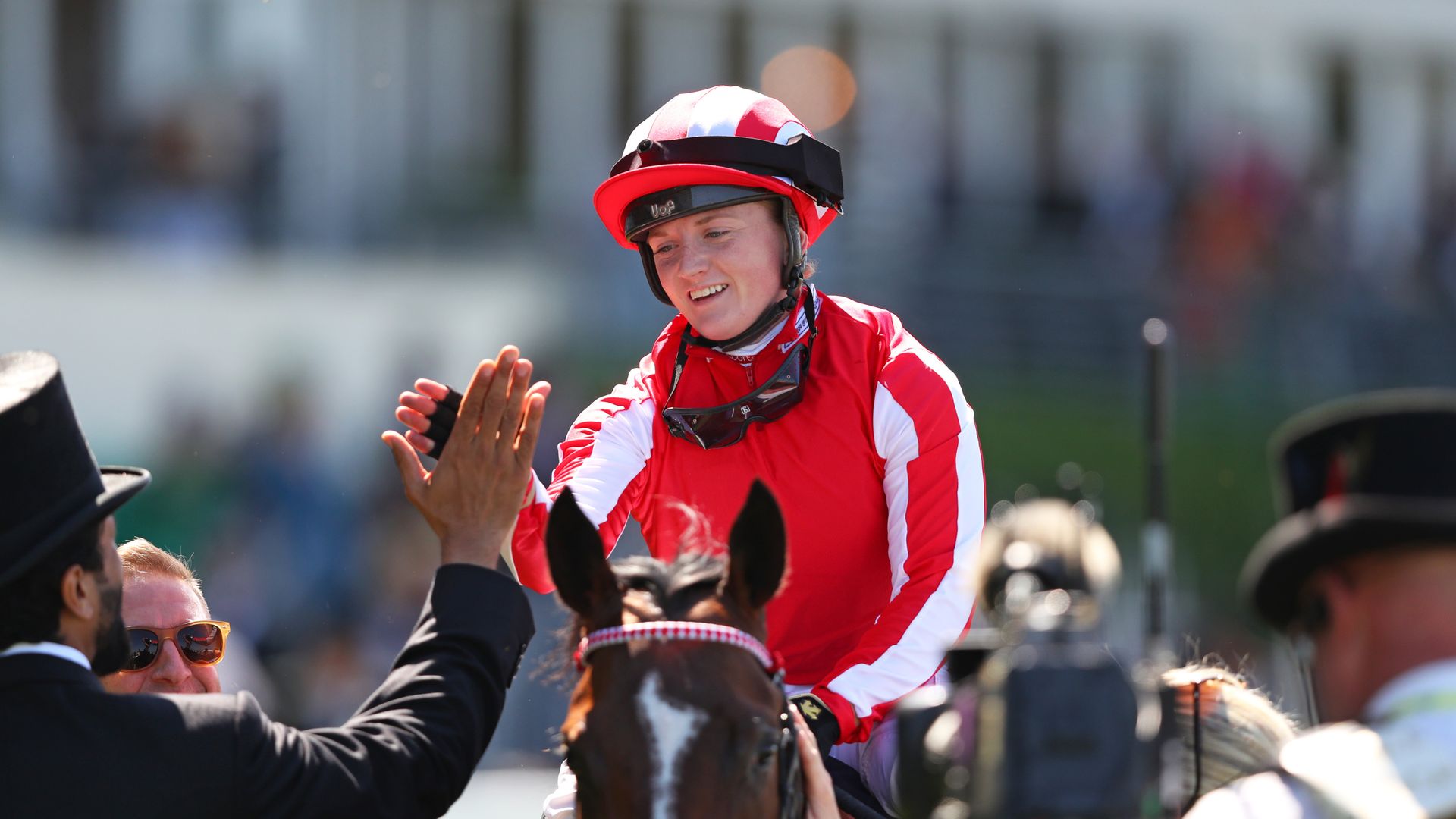 Sky Sports Racing ambassador Hollie Doyle is back with her weekly blog, looking ahead to the big ride on Bradsell in Saturday’s Group One Phoenix Stakes at The Curragh.

Bradsell stars in stellar Group One

BRADSELL‘s Coventry Stakes victory couldn’t have worked out better so we head to the Curragh on Saturday in confident mood ahead of the Group One Keeneland Phoenix Stakes (4.15).

I’ve ridden him in most of his homework since Royal Ascot at Archie Watson’s Saxon Gate Stables and have been delighted with his progress. He’s definitely strengthened up and is very professional in the way he goes about his business.

It’s going to be a tough assignment in what looks a stellar renewal, but Bradsell has a great mind and I wouldn’t swap him for anything. The stiff track and the forecast good ground should be ideal and I’m happy enough with my draw in stall six in such a small field.

Bradsell has already beaten key rivals Persian Force and Blackbeard, who both finished behind us in the Coventry. Since then, Persian Force has won the July Stakes while Aidan O’Brien’s colt got back to winning ways in the Prix Robert Papin.

Adding even more depth is Johnny Murtagh’s colt Shartash, who outgunned Blackbeard in the Group Two Railway Stakes over course and distance on his latest start to put himself right in the mix, too.

All three pose an obvious threat but my biggest danger could be Aidan’s other runner Little Big Bear. I was third to him on subsequent Super Sprint winner Eddie’s Boy in the Windsor Castle and wasn’t at all surprised that he stepped up to win a Group 3 at the Curragh.

WINGS OF WAR is an exciting ride in the Group Two Rathasker Stud Phoenix Sprint Stakes (3.15) at the Curragh on Saturday. Clive Cox’s colt, who won the Mill Reef last season, has run some nice races this year including when third in the Group Two Sandy Lane Stakes at Haydock Park and a Group Three in Deauville last time.

He was taken out of his intended engagement at Chester last weekend when the ground went against him, but conditions promise to be ideal in this six-furlong feature and he’s better off than most at the weights.

The main danger could be Dave Loughnane’s fellow British raider Go Bears Go, who enjoyed one of his finest hours in the Railway Stakes over course and distance last year.

He was a good second against older horses in the Hackwood and goes with the cheekpieces for the first time. However, Go Bears Go finished just behind Wings Of War in the Sandy Lane. He did compromise his chance by stumbling at the start that day, but my fellow was staying on well and can hopefully confirm the form.

MISTER BLUEBIRD could be one of my best chances of a winner at Haydock on Sunday when he is set to contest the Sky Bet Sunday Series Sprint Handicap (4.45).

I won on Heather Main’s gelding at Ffos Las back in September when the ground was on the soft side and similar conditions look likely following rain in the Northwest. He’s twice a winner already this year and looks capable of going well despite a career-high mark.

I’m also set to ride Alan King’s NAP HAND in the Sky Bet Sunday Series Nursery Handicap (5.45). I finished just ahead of him on one of Archie Watson’s at Newmarket last time. It was a fair run, but this more conventional track could suit him better.

Queen of speed would be exciting Nunthorpe ride

I’m looking forward to possibly riding Richard Fahey’s speedy filly THE PLATINUM QUEEN if she’s supplemented to run in the Group One Coolmore Nunthorpe Stakes at York this month.

Her owners Middleham Park Racing are considering spending the £40,000 required to add her to the line-up after her blistering performance at Goodwood, where she broke the 5f juvenile track record.

She would only carry 8st 2lb on the Knavesmire – a weight I can do comfortably – and would enjoy what is an out and out speed test.

Taking on the older sprinters is never easy, even in receipt of so much weight, but I can understand why connections are tempted.

I felt a shade unlucky not to close out the Qatar Goodwood Festival with another big winner in the £250,000 Coral Stewards’ Cup last Saturday, but TABDEED‘s performance was hopefully a hint that a big sprinting pot could soon be his.

Archie’s (Watson) lightly-raced seven-year-old enjoyed the track and the return to 6f and only just failed to hold Commanche Falls, who was winning the race for the second year in succession.

I had to switch twice and am certain he got his head in front in the final furlong, but we just couldn’t hold Connor Beasley’s star.

Tabdeed seems to enjoy challenging between horses so compensation may await in something like the Portland Handicap at Doncaster or the Ayr Gold Cup.