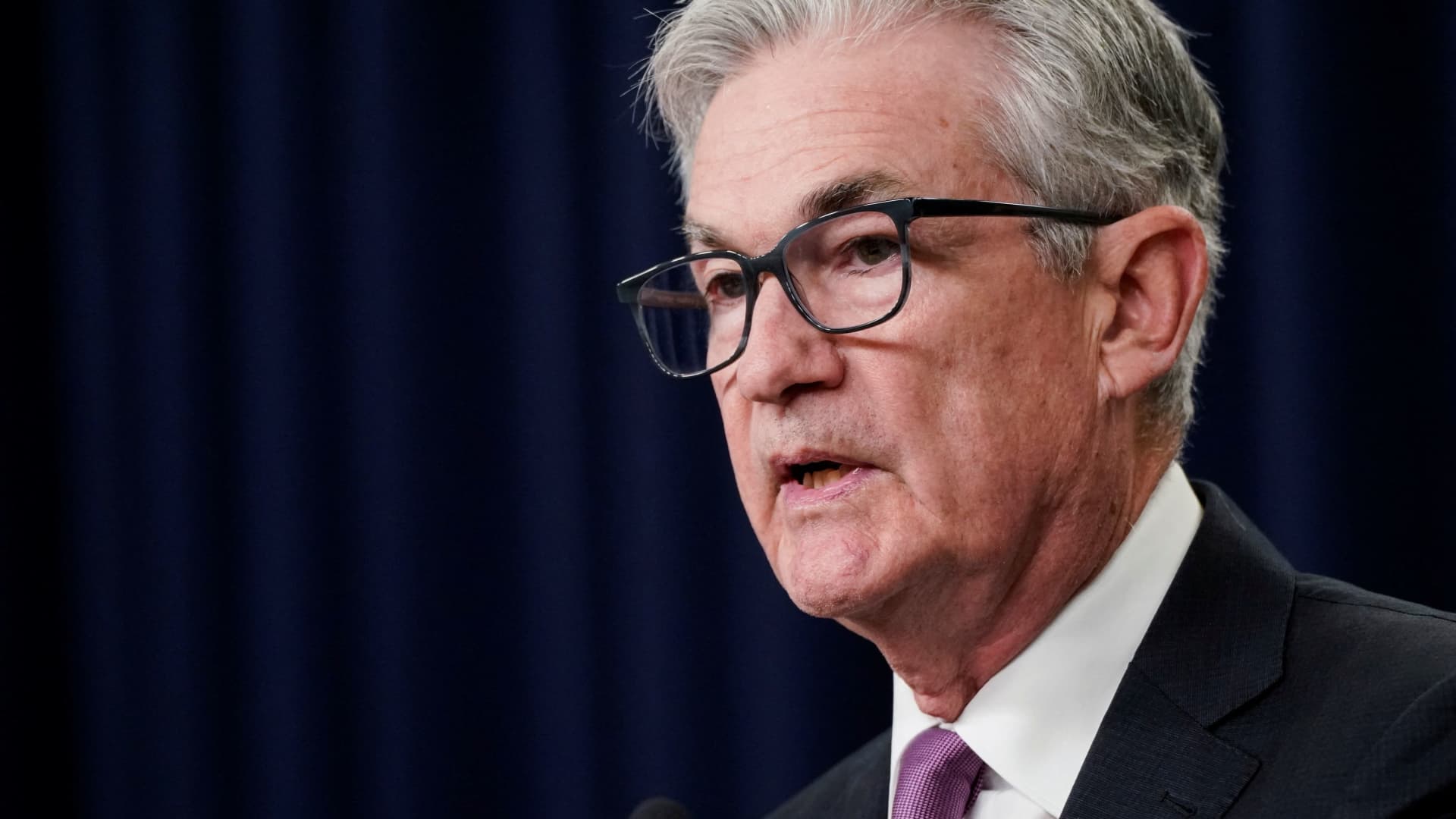 Some economists expect the Federal Reserve could be more aggressive than the market has expected, following July’s surprisingly strong jobs report. The economy added 528,000 jobs in July , more than double what was expected, and the unemployment rate even moved lower to 3.5% from 3.6%. Economists had expected job growth would have slowed from the prior month, and then continue easing in the months ahead. Wages were also worrisome for economists who expected to see a slowdown instead of a hotter number. Average hourly wages jumped 0.5% for the month and 5.2% from the same time a year ago. The Dow Jones estimate was for a 0.3% gain for the month, and a 4.9% annual increase. “This is hot. For the Fed, this is another 75 basis point hike,” said KPMG chief economist Diane Swonk. Many economists had expected the central bank to slow its pace of rate increases to a half point hike in September, but Swonk said this one number has made a three-quarter point hike more likely. One basis point equals 0.01 of a percentage point. “The strength in today’s number leaves the base case assumption that the Fed would probably have to do another 75-bps rate hike from here unless the CPI report shows some dramatic weakness which seems highly unlikely at this point,” wrote BlackRock’s Rick Rieder, chief investment officer of global fixed income. JPMorgan economists said they now expect a 75 basis point hike in September and two more quarter point hikes in November and December. “Today’s numbers should mollify recession fears but amplify concerns that the Fed has a lot more work to do,” they wrote in a note, adding the Fed’s inflations worries would be heightened by the jump in wages. The economists also noted that a case could be made for an even larger hike in September if there is more hot data, but they do not expect policymakers to get that aggressive. “Unless the data stumble, a case could be made for going more than 75bp at the next meeting,” JPMorgan noted. “It would seem they have an aversion to ripping off the bandage. So far they also seem averse to hiking inter-meeting.” Stocks slumped and bond yields shot higher after the report Friday. Treasury yields move opposite to their price, and the closely watched 10-year was at 2.85% in morning trading, above its previous high of the week and in a key technical zone. “This is a report that says the Fed hasn’t really had much effect in slowing down domestic labor market conditions,” said Bank of America chief economist Michael Gapen. “This is a report that says the Fed has more work to do.” Bank of America economists tweaked their forecasts for Fed rate hikes, adding another quarter point in hikes this year. The economists had been expecting a 50 basis point hike in the fed funds rate for September, followed by a 25 basis point hike in November. They now expect a 50 basis point, or half point, hike in November as well. They left the forecast for a quarter point hike in December unchanged. Gapen said the debate about the Fed’s hiking path will continue around the consumer price index next week, expected on Wednesday. He expects to see CPI headline inflation to come down to 8.7% from 9.1% in June. Core prices, excluding energy and food, are forecast to rise by 6.2% year over year, up from a 5.9% pace in June. “I think it’s fair to say energy prices have peaked in the near term, but it’s not clear that core price pressures have,” Gapen said. Fed funds futures immediately reflected expectations for even tighter policy following the jobs report. According to Peter Boockvar, chief investment officer at Bleakley Advisory Group, the futures for October were pricing in a 68% chance of a 75 basis point hike in September, up sharply from expectations of 18% before the report. Boockvar said the market also priced in 21 more basis points of hikes for next June, just a little under another quarter point hike. Fed funds futures were priced for a 3.5% fed funds rate for next June. “The CPI is going to be key obviously. It’s going to be huge,” said Boockvar. “The pressure is going to maintain its persistency. I think people are going to watch for the moderation we’ve seen in goods prices and the acceleration we’ve been seeing in services.” Swonk said she will also be watching for rising medical costs in the next inflation report. Health care was a strong area for job growth in July, adding 70,000 workers.