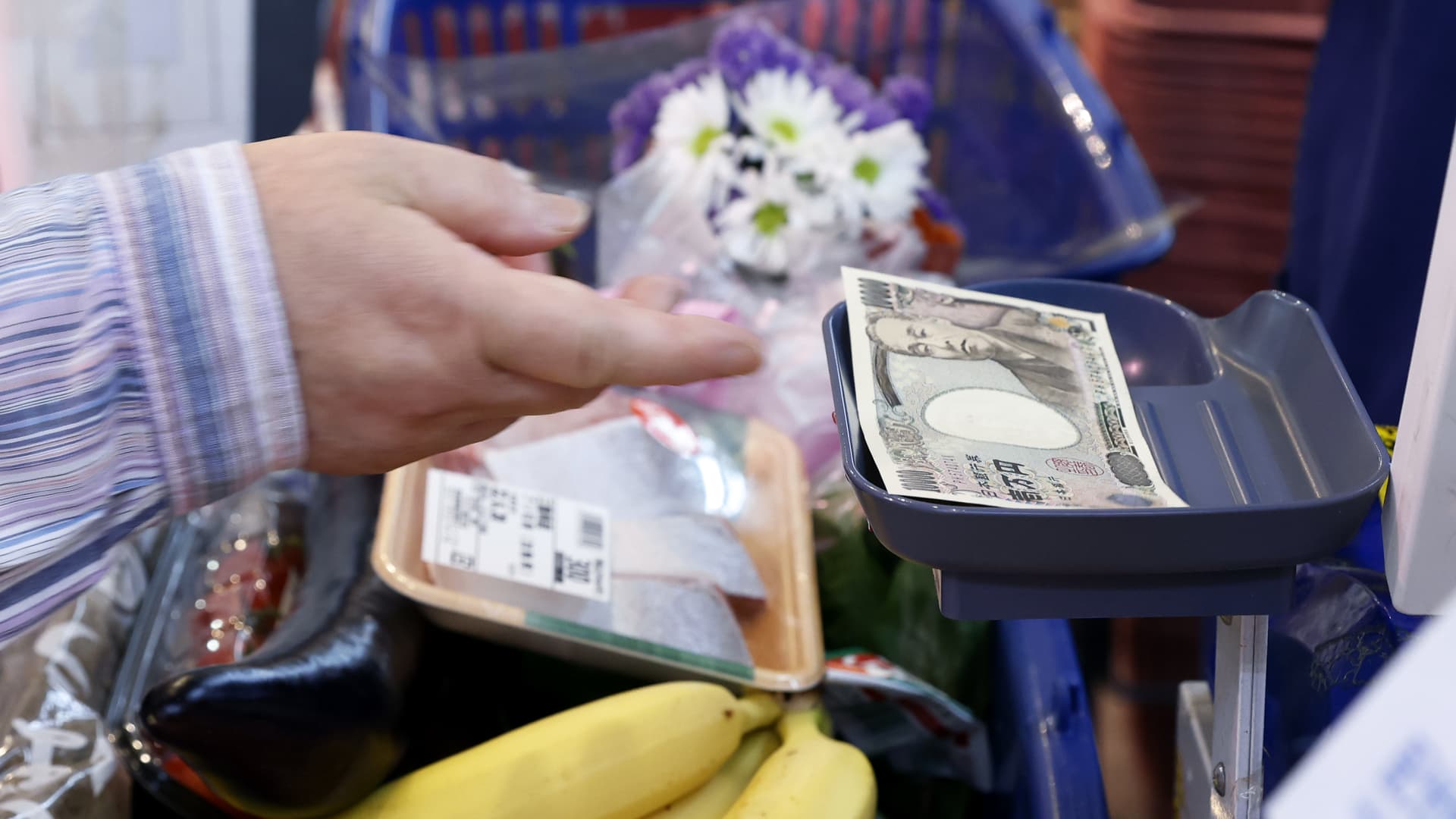 A customer places a Japanese 10,000 yen banknote on a checkout counter while making a purchase at an Akidai YK supermarket in Tokyo, Japan, on Monday, June 27, 2022.

Japan’s economy likely rebounded in April-June from contraction in the previous quarter thanks to solid consumer spending in face-to-face services no longer hindered by coronavirus curbs, a Reuters poll showed on Friday.

For the current quarter, however, analysts are concerned about rising risks, including the possibility of global economic slowdown and a resurgence of Covid-19 cases in Japan.

The world’s third-largest economy likely grew at an annualized 2.5% rate in April-June, rebounding from a 0.5% contraction in the first quarter, according to the median forecast of 17 economists.

Second-quarter expansion was driven largely by a projected 1.3% rise in private consumption, which accounts for more than half of Japan’s gross domestic product (GDP), the poll showed.

Capital expenditure likely expanded 0.9%, according to the poll, which also suggested external demand had added 0.1 percentage point to GDP growth.

A recovery in consumption since the lifting of Covid-19 curbs in March boosted April-June growth, said Saisuke Sakai, senior economist at Mizuho Research and Technologies, who also pointed to robust corporate investment deferred from last year.

All this offset the negative effect on Japanese output from lockdowns in China, Sakai said.

But Japan’s “recovery pace will be slower in July-September as households could turn wary amid the (renewed coronavirus) outbreak, coupled with other downside risk factors, such as rising prices and a slowing global economy,” he added.

Separate data will likely show Japan’s June current account balance marked its first deficit since January, because of soaring imports. The median estimate is for a shortfall of 703.8 billion yen ($5.29 billion).

Wholesale prices were estimated to be 8.4% higher in July than a year earlier, the pace of rises decelerating for a third month, the poll also showed. Wholesale price inflation hit a record 9.9% in April.