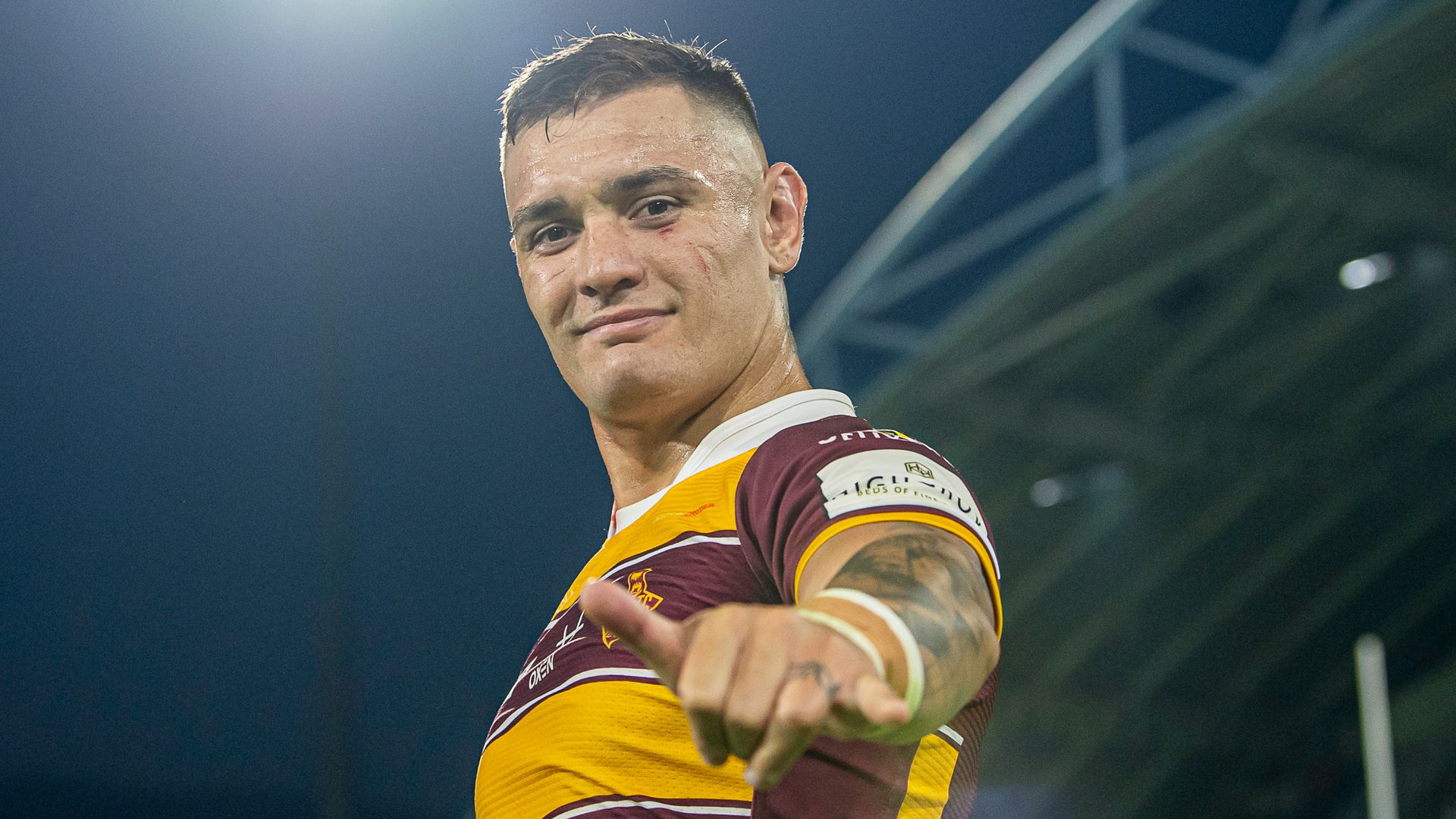 Levi to the rescue for Giants Highlights of the Betfred Super League match between Huddersfield Giant and Hull FC.

Highlights of the Betfred Super League match between Huddersfield Giant and Hull FC.

Danny Levi came off the bench with two tries for Huddersfield Giants in a storming finish to secure a 22-16 victory at home to Hull FC.

The Black and Whites were poised to complete a notable double over the high-flying Giants when they led 16-6, but for the second successive week Ian Watson’s side maintained their composure and ran in three tries in the last 10 minutes to snatch an unlikely victory.

Scrum-half Theo Fages produced a masterclass in game management to get the Giants within range and hooker Levi came up with the match-winning tries for a win which strengthens their position in the top four of Betfred Super League.

Meanwhile, a third defeat in their last four matches leaves Hull FC outside the top six with their play-off hopes fading badly.

Story of the game

Hull FC dominated the first half for long periods largely due to the prompting of stand-off Will Smith on his second appearance.

Full-back Jack Walker opened the scoring in the fifth minute, juggling with Smith’s pass straight from a scrum to score his first try for the club.

The scrum stemmed from Fages’ inability to hold on to the ball from a towering kick by former Huddersfield favourite Jake Connor, who was also prominent throughout the first half.

Huddersfield were boosted by the return from injury of full-back Tui Lolohea, with Will Pryce switching to stand-off in the absence of the suspended Oliver Russell, while centre Leroy Cudjoe was back from suspension to make his 300thSuper League appearance.

Hull FC had prop Chris Satae and centre Connor Wynne back from injury and suspension respectively.

Luke Gale was unable to add the goal, but the visitors went close to doubling their score on 26 minutes when Connor released winger Josh Simm, but he was unable to hang on to the pass.

Huddersfield attacked in fits and starts and, when skipper Luke Yates eventually breached their opponents’ line he was held up on his back and Hull immediately worked their way upfield from where they scored their second try.

Centre Wynne got the touchdown after splendid work from Walker and hooker Danny Houghton and Gale’s conversion made it 10-0.

Smith was shown a yellow card for pushing an opponent in the face in the try celebrations and the Giants took advantage of the extra man to pull a try back four minutes into the second half.

Pryce got his side within striking distance thanks to a jinking run and Huddersfield kept the ball alive on the last tackle for Lolohea to touch down, with Pryce adding the conversion from wide out.

Smith was back from the sin bin in time to witness his side re-establish their 10-point lead courtesy of second rower Ellis Longstaff, who won the race to Connor’s grubber kick on the last tackle to score his fourth try in five games as part of his loan spell from Warrington.

But the home side were nothing if not resilient and they struck back on the hour after Lolohea’s raking kick forced an error from Walker and Fages scored from the resultant scrum.

Pryce’s second goal trimmed Hull’s lead to 16-12 and impressive front rower Owen Trout became the fourth Giants player to be held up over the line and winger Ashton Golding was bundled into touch as Hull scrambled to stay in front.

The pressure eventually told seven minutes from the end when Levi forced his way over from dummy half to level the scores and Pryce’s third conversion put his side in front for the first time.

Levi then made sure with a carbon copy try to round off the scoring a minute from the end.

“We felt comfortable against them and were dominating for large parts of the game. It was just our silly mistakes that let them off and gave them a bit of a start.

“Once we started completing our sets, they couldn’t handle us.”

“It’s a tough one to take. I thought the effort was very good, but we didn’t come out with the right intent at the start of the second half and they lifted their intensity at that time.”

“Losing two of our middles didn’t help and contributed to us conceding those two soft tries from dummy-half at the back end of the game.”

Huddersfield now travel to another of the play-off hopefuls in Salford Red Devils on Saturday, August 13 (1pm kick-off). Hull FC are at home to St Helens the following day (3pm).