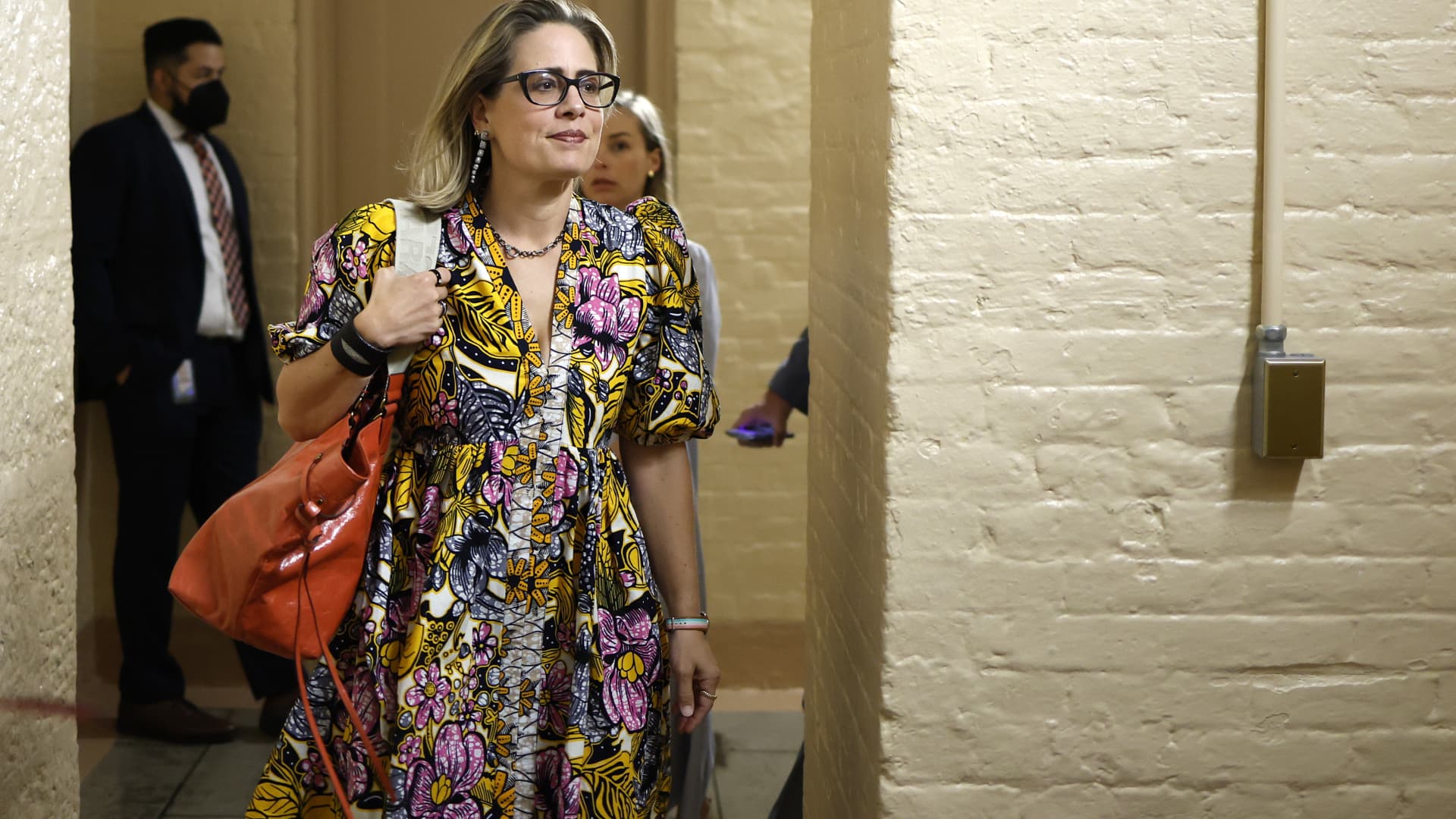 Sen. Kyrsten Sinema, D-Ariz., leaves her office to walk to the Senate Chambers in the U.S. Capitol Building on August 2, 2022. Lawmakers worked to come to a deal on sweeping Democratic legislation ahead of the August recess.

Sen. Kyrsten Sinema signed off on sweeping Democratic legislation Thursday addressing climate, health care and taxes, all but ensuring passage of the bill in the Senate.

“We have agreed to remove the carried interest tax provision, protect advanced manufacturing, and boost our clean energy economy in the Senate’s budget reconciliation legislation,” Sinema said in a statement Thursday. “Subject to the Parliamentarian’s review, I’ll move forward.”

Sinema’s comments on the bill, known as the Inflation Reduction Act, come after it won the approval of Sen. Joe Manchin of West Virginia, another moderate Democrat.

Sinema had long been opposed to a provision in the deal Manchin cut with Majority Leader Chuck Schumer that involved carried interest.

In her Thursday statement, Sinema said she hoped “to enact carried interest tax reforms, protecting investments in America’s economy and encouraging continued growth while closing the most egregious loopholes that some abuse to avoid paying taxes.”

Democrats are aiming to pass the legislation ahead of the August recess in an effort to revive elements of President Joe Biden’s agenda before midterm elections.

“I am pleased to report that we have reached an agreement on the Inflation Reduction Act that I believe will receive the support of the entire Senate Democratic conference,” Schumer said in a statement Thursday. “The final version of the Reconciliation bill, to be introduced on Saturday, will reflect this work and put us one step closer to enacting this historic legislation into law.”