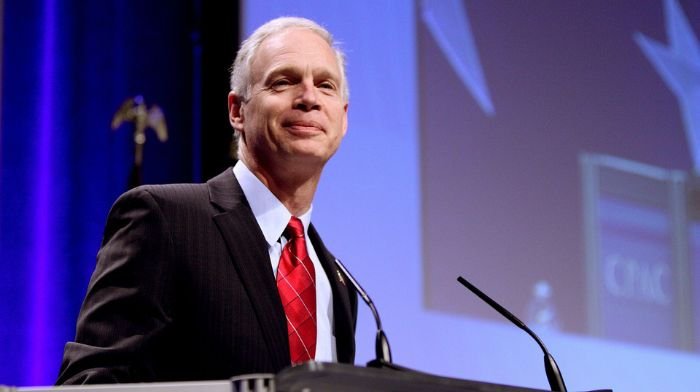 Senator Ron Johnson (R-WI) suggested the unthinkable on Wednesday in the form of actual fiscal responsibility and oversight.

Johnson proposed that Social Security and Medicare, which currently fall into the category of mandatory spending in the federal budget, be approved annually by Congress.

The idea would be akin to a zero-based budgeting system, to Johnson’s thinking. Instead of being on auto-pilot, Congress would have to evaluate and approve the spending for the programs.

Johnson, who is up for reelection in November in a race that could determine the make up of the Senate, floated the idea during an appearance on “The Regular Joe Show” in his home state of Wisconsin.

And it is sending the left in search of their smelling salts. Exhibit A:

During his appearance on the podcast, Johnson explained that, “Social Security and Medicare, if you qualify for the entitlement, you just get it no matter what the cost.” He continued:

As expected, it was an opportunity for Democrats and the left to accuse Republicans of secretly plotting to destroy Social Security and Medicare. Johnson’s office, in a statement to The Hill said that Johnson “never suggested putting Medicare and Social Security on the chopping block.”

“The Senator’s point was that without fiscal discipline and oversight typically found with discretionary spending, Congress has allowed the guaranteed benefits for programs like Social Security and Medicare to be threatened. This must be addressed by Congress taking its responsibilities seriously to ensure that seniors don’t need to question whether the programs they depend on remain solvent.”

But that didn’t stop Senate Majority Leader Chuck Schumer (D-NY) from going on the attack, saying, “They’re saying the quiet part out loud. MAGA Republicans want to put Social Security and Medicare on the chopping block.”

Johnson himself responded to Schumer’s accusation:

Sen. Schumer is lying. I never suggested putting Medicare & Social Security on the chopping block. Only Biden has done that.

Without fiscal discipline Congress has allowed guaranteed benefits to be threatened.

No matter what Dems falsely claim, I want to save these programs. https://t.co/nFG7ObSsqD

Zero-based budgeting would force the federal government to do what most Americans do to manage their finances, live within a realistic budget. Under a zero-based budget system, all government programs and other spending would be reviewed and evaluated at the beginning of each fiscal year, forcing the spending to be evaluated and justified.

Such a system would force Congress to look at every bit of government spending from a “dollar zero” perspective to determine if the funding for a particular program is doing what it was intended to do, and that the program is still feasible.

Carol Gurvitz is a former financial analyst at the Congressional Research Service. She says:

8. The ERA should be reintroduced and passed by the states.
9. The Federal Government should adopt a minimum 5 year budget centered on zero-based budgeting.
10. TikTok, due to its ownership by the Chinese, should be banned in America.

RELATED: DeSantis Responds To Invite From ‘The View’ With List Of Clips Where Hosts Call Him ‘Fascist Bigot’

Ron Johnson is not the first Senator to think that a zero-based budget system would be a good idea. In July of 2021, both Idaho Senators, Mike Crapo and Jim Risch, introduced the Zero Based Budget Act.

The bill would require all government agencies to defend their spending with a zero-based budget. Also signing on as cosponsors of the bill were Sens. Ted Cruz (R-TX) and Mike Braun (R-IN).

As you might expect from Republicans, the bill exempts the Department of Defense. Also as might be expected when Democrats are in charge, the bill went nowhere.

What happens now is that Democrats, who know the midterm election is a grim prospect for them, will now try to attack a commonsense approach to controlling out of control government spending as a political weapon to flip Johnson’s Senate seat in November. At least we know what Democrats priorities are.

Maybe one day the government can learn how to do a zero based budget. https://t.co/jmd87L0UMS