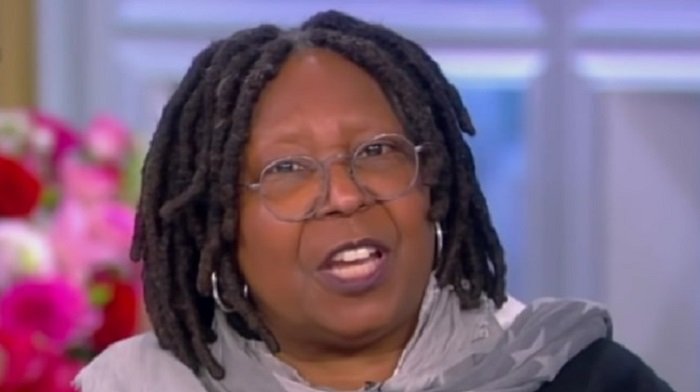 Whoopi Goldberg, co-host of “The View,” seemingly suggested that because God gave people “freedom of choice,” He would be understanding and accepting of abortion.

Goldberg’s comments surfaced in a debate with fellow co-host Elisabeth Hasselbeck, who argued abortion is not the right choice for pregnant women during a segment earlier in the week.

While Hasselbeck urged women to explore alternative paths to abortion, Goldberg argued that God gave those seeking abortions the intelligence to know that having a baby “wasn’t going to work.”

“As you know, God doesn’t make mistakes,” she insisted. “God made us smart enough to know when it wasn’t going to work for us. That’s the beauty of giving us freedom of choice.”

Whoopi Goldberg went on an unholy sermon to explain that since “God doesn’t make mistakes” he made her “smart enough to know when” abortion was the right call. via @NickFondacaro https://t.co/tJHrbVP5m2 pic.twitter.com/xmTEyOglQu

RELATED: DeSantis Responds To Invite From ‘The View’ With List of Clips Where Hosts Call Him ‘Fascist, Bigot’

It’s always something to hear pro-abortion celebrities like Whoopi Goldberg using God to justify terminating the life of a baby. It never really gets less shocking no matter how many times you hear the surreal comments.

“Because I know my relationship, you know, my relationship [with God] is always choppy,” she added. “I also know that God made me smart enough to know that if there are alternatives out there that can work for me, I will investigate them.”

Would that mean God is okay with murder or crime in any form because, ‘Hey, freedom of choice,’ and, ‘Eliminating this person from my life or robbing a bank is an alternative that works for me!’

Saying “God allows you the choice to kill” is probably a fair reason for the choppy relationship lol just a thought https://t.co/y7bn0wWCIQ

Yes, Whoopi, freedom of choice is there, but it doesn’t mean God approves of bad choices, and certainly not in the case where it eliminates the life of another human being.

‘Thou shalt not kill’ ring a bell?

Weird. Traditionally, when someone says “God doesn’t make mistakes”, they’re AGAINST killing one of His Children. Apparently, “If God didn’t want me to kill kids, I wouldn’t have a gun in my hand” is a “thing” now. https://t.co/4F2oI8DMgl

RELATED: MSNBC Now Whines That Cancel Culture Is Out Of Hand After Whoopi Goldberg’s Suspension

She’s Used God to Argue in Favor of Abortion Before

This isn’t the first time Whoopi Goldberg has used God in an argument in favor of abortion.

During an episode in 2021, Goldberg argued that “God wants you to do … whatever you believe.”

Whoopi Goldberg defends abortion b/c….she talks to God and He thinks it’s…fine: We all “talk to God. God talks to me. God talks to you. You know what God wants you to do, or whatever you believe.” pic.twitter.com/NhGHMCzvN1

Again, free will having been granted by God doesn’t mean he wants you to go out and break the Ten Commandments.

Goldberg has a rich history of controversial comments including claims that the Holocaust wasn’t about race, downplaying rape accusations against film director Roman Polanski, and suggesting terrorists should have the right to vote.