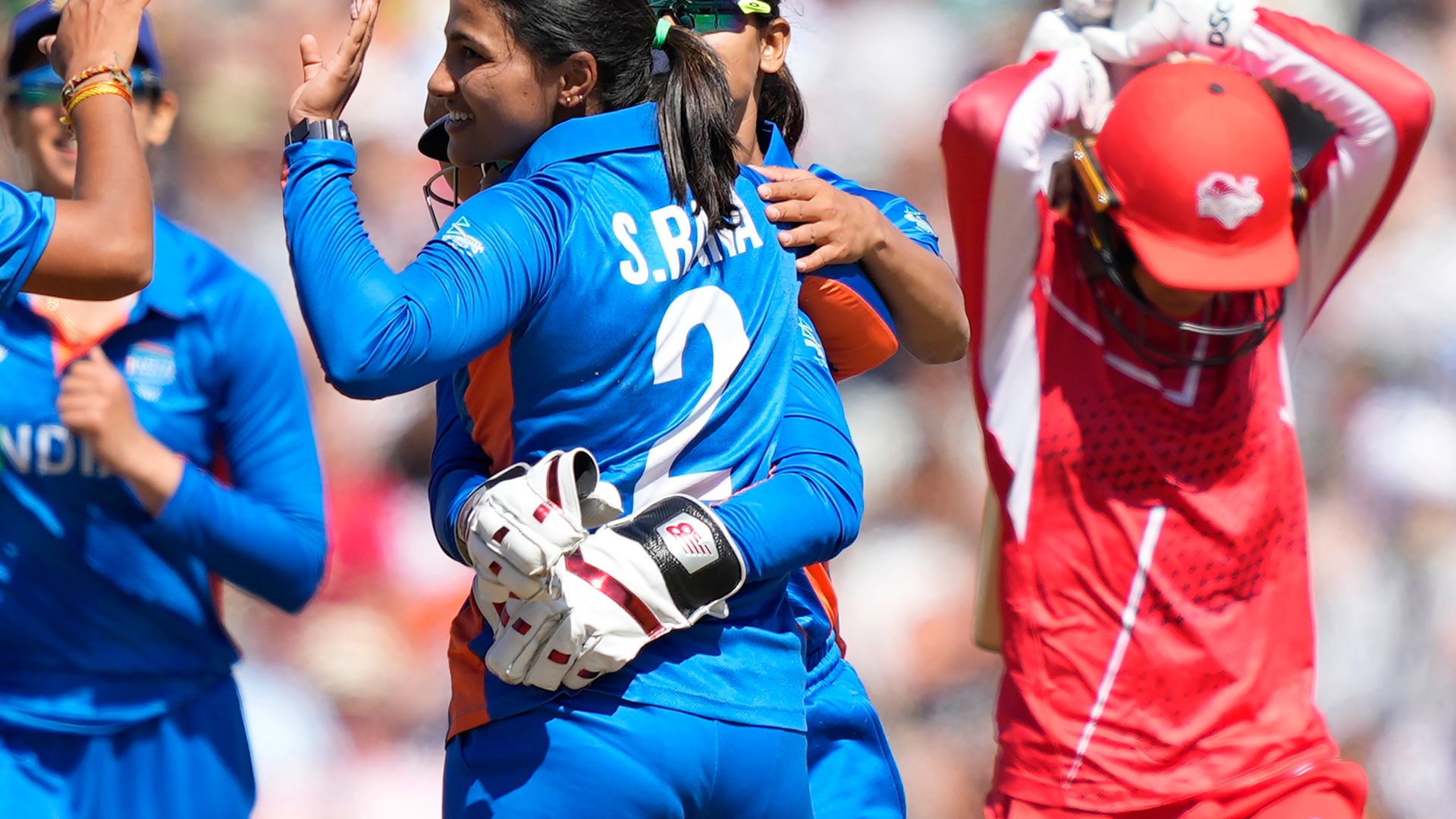 Smriti Mandana scores 61 for India (164-5) and England fall just four runs short of total; India will face either Australia or New Zealand in the Commonwealth Games final, while England must gear up for a bronze-medal match

England’s cricket gold medal hopes at the Commonwealth Games are over after a narrow defeat to India in a nail-biting semi-final, as Smriti Mandhana inspired the visitors to a four-run victory at Edgbaston.

Mandhana scored 61 runs from just 32 balls as India posted 164-5 from their 20 overs, with Freya Kemp (2-22) the only England bowler to take multiple wickets.

Sneh Rana (2-28) then bowled a tight final over, picking up the wicket of Katherine Brunt, to send India into the gold medal match, where they will face either Australia or New Zealand.

The loser of the second semi will face England for the bronze medal.

India got off to a flier in their innings and were 64-0 at the end of the powerplan, before Kemp made the breakthrough when dismissing Shafali Verma. Sciver then ended Mandhana’s magnificent innings after the opener scooped a ball to short fine leg.

Captain Harmanpreet Kaur contributed with 20 and Deepti Sharma with 22, while Jemimah Rodrigues finished the innings with a bang, finishing with an unbeaten 44 off 31 balls as Indi set an ominous total.

England began with purpose as Sophia Dunkley hit two of her first three balls for four but was then dismissed the following over for 19.

Danni Wyatt kept the boundaries coming but England lost quickfire wickets when Alice Capsey was run out and Wyatt was bowled by Rana. England were 113-3 with six overs to go – exactly the same score as India at that stage – but the hosts kept losing wickets and then needed 14 off the last over.

Rana held her nerve and while Sophie Ecclestone hit a six off the last ball, the game was already over.