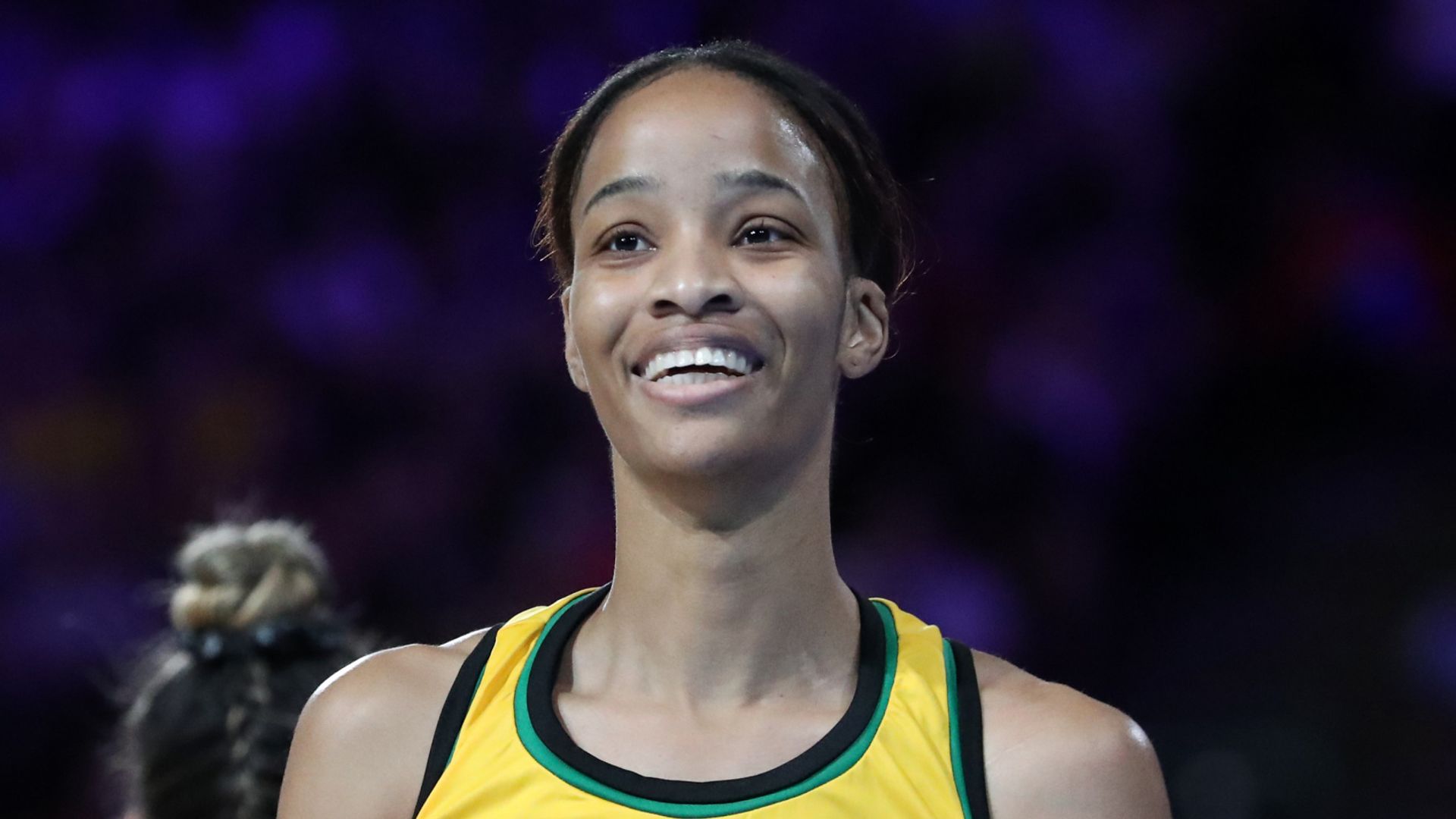 The Sunshine Girls continued their outstanding work with a 67-51 victory over New Zealand; it follows up their final pool win over Australia and means they will play in a major final for the first time on Sunday; England and Australia take to court for the second semi-final at 2.30pm

Jamaica will play in a Commonwealth Games final for the first time in their history after a record 67-51 victory over New Zealand in the semi-final on Saturday.

The outfit followed up their exceptional final pool win over Australia with another clinical performance in the semi-final.

Jamaica dominated defensively from the outset and held a 36-22 half-time lead over the Silver Ferns. Shamera Sterling and Latanya Wilson set the tone in the circle, with Jodi-Ann Ward and Nicole Dixon-Rochester complementing them.

Captain Jhaniele Fowler put up 54 of her 54 attempts at goal, before being rested in the final minutes, and the whole team will now watch the second semi-final at 2.30pm intently.

England are taking to court for a rematch of the 2018 final and must beat Australia to ensure that are the ones to take on Jamaica in Sunday’s goal medal match.

Jamaica have been one of the most settled teams throughout this tournament in Birmingham and unsurprisingly, head coach Connie Francis selected an unchanged seven from the one that beat Australia on Thursday.

New Zealand head coach Dame Noeline Taurua decided to deploy Maia Wilson and Te Paea Selby-Rickit as their shooting combination, instead of opting for the height of Grace Nweke at shooter.

Clearly, the plan was to limit the amount of aerial ball that Jamaica could pinch, however Sterling and Wilson dominated regardless.

The Jamaican duo took early rebounds to show the threat they would pose all day long and did not let up, until Sterling was given a rest in the final stages of the last quarter.

The work of Jamaica’s circle defenders was quickly rewarded at the other end of the court. An early four-goal run came without reply, as New Zealand’s output was littered with errors.

Wilson and Selby-Rickit weren’t being found cleanly and once they were found, they had challenges on the shot too. At the other end of the court, Jamaica’s captain Fowler was fed well and goal attack Shanice Beckford made sure that she was a constant threat too.

Jamaica’s 18-9 first quarter had the crowd on their feet and quarter-time brought about personnel changes for the Silver Ferns only.

Kelly Jury was now tasked with marking Fowler and Kayla Johnson arrived at wing defence. Over the course of the 15 minutes, the reigning world champions relaxed somewhat, but they just weren’t able to make any inroads on Jamaica’s scoring rate and remained 36-22 down at half-time.

As Jamaica stayed settled and unchanged for the second half, New Zealand again shuffled their hand for the third quarter.

Nweke was introduced to try and change New Zealand’s picture in the shooting circle, while Kate Heffernan and Shannon Saunders were tasked in cleaning up the Silver Ferns’ movement forwards at centre and wing attack.

A 16-13 quarter was reward for their determination but Jamaica’s ability to remain totally unfazed and secure turnover after turnover had put the game out of their reach.

The final 15 minutes was damage limitation for the Silver Ferns, while Jamaica loved every second. At 64-42 up, head coach Francis decided it was time to rest Sterling and Fowler in particular.

Sterling received a huge roar from the crowd as she moved to the bench and Fowler departed having scored 54 goals from 54 attempts. Overall, Jamaica didn’t miss at shot at goal for the full 60 minutes.

Further changes came from Francis as the final minutes played out and the full-time whistle confirmed that Jamaica had made history for a second match in succession.

Now, either England or Australia await in the gold medal match on Sunday night.