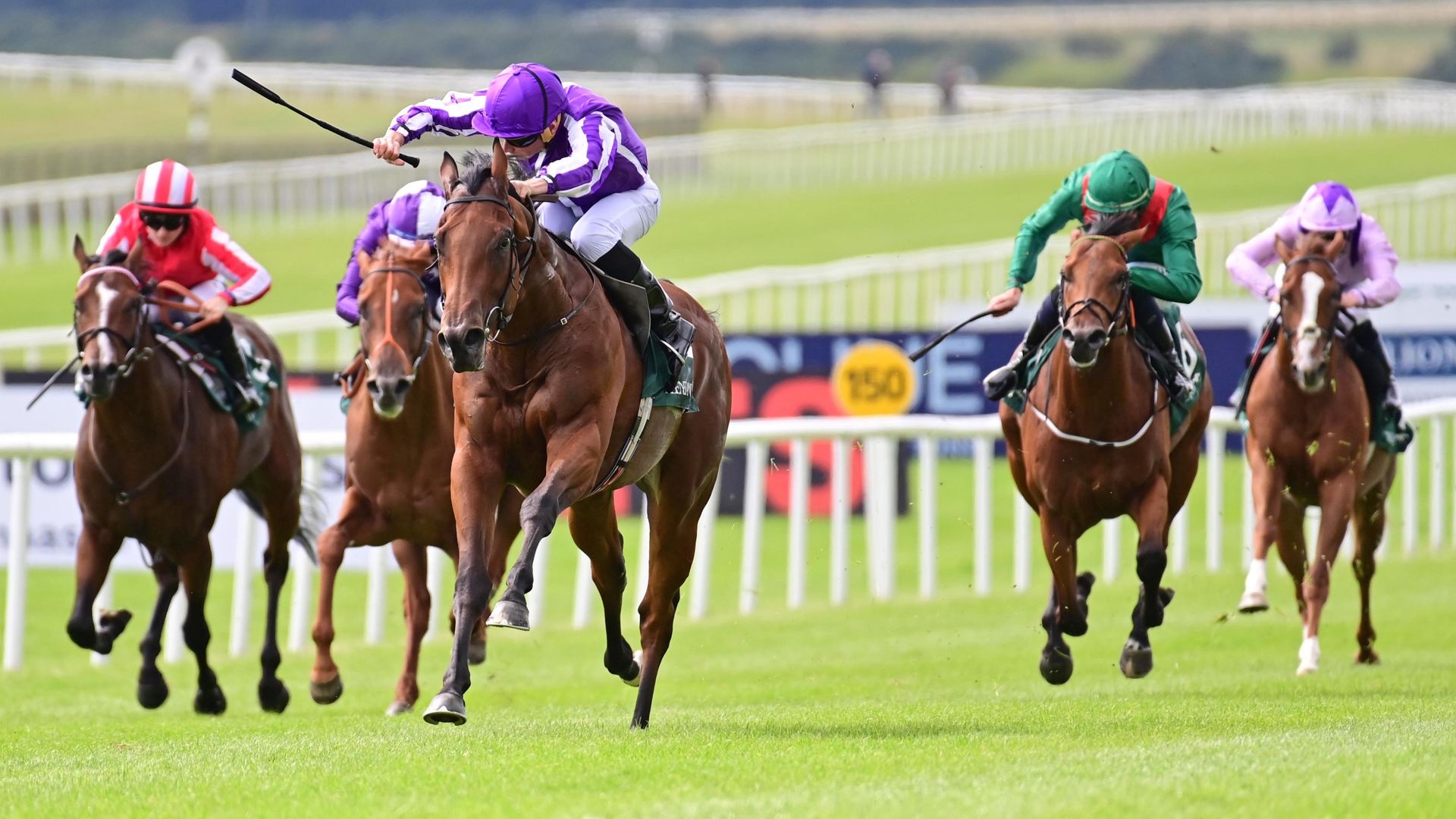 Aidan O’Brien’s Little Big Bear looked every inch a superstar as he dominated the Keeneland Phoenix Stakes from start to finish to give the Ballydoyle trainer his sixth winner in the Curragh Group One in the past seven years.

There was drama early in the contest as 11-8 favourite Bradsell appeared to stumble coming out of the stalls, but it was Little Big Bear who was sent to the front by Ryan Moore in the early stages.

The 13-8 shot was shadowed by Richard Hannon’s Persian Force, who at one stage appeared to be travelling better than the son of No Nay Never, but as the UK raiders loomed large passing the two-furlong pole, the Anglesey Stakes winner was just beginning to slip into top gear and was soon accelerating away from his pursuers.

Daylight was the biggest danger in the final furlong with the youngster recording a seven-length success over Persian Force, with Shartash, who did his best work late, another half-length back in third.

The victory not only brought up a hat-trick for the highly-talented two-year-old, but also O’Brien’s 17th success in the six-furlong contest and the layers were suitably impressed, with the colt made favourite across the board for next year’s 2000 Guineas.

O’Brien said: “He’s a big, powerful, strong horse. He cruises and quickens. Before the race, we had a bit of a scare with him when he came up here.

“He kicked a wall and the clip of the shoe went into his foot. He was a little bit tender when the shoe was put back on. It could have gone either way very easily, so it was a great call by John Halley and Lynn Hillyer to let him run.

“Ryan said when he let him go it was all over. He’d been progressing from every run. He ran here on the last day with the view of going for this race.

“He loves good ground so he can show his speed. It was a very good race, but he has serious class. From day one we thought he was a bit special.

“At Ascot, we thought he would get away with five (furlongs) even though we were happy going six with him.

“The lads can decide what they want to do. He has plenty of options and he can do anything, I suppose.

“He could go to the Middle Park or the Dewhurst.”

Go Bears Go back to best in Phoenix Sprint

David Loughnane’s Go Bears Go made every yard to get back to winning ways in the Rathasker Stud Phoenix Sprint Stakes at the Curragh on Saturday.

Away well in first-time cheekpieces, Rossa Ryan was always at the head of affairs aboard the son of Kodi Bear and showed tremendous tenacity to keep finding when challenged in the closing stages, holding off Ano Syra to record a one-and-a-quarter-length victory.

It was the second time the Amo Racing and Omnihorse Racing-owned colt has struck at the Kildare venue, having also landed Railway Stakes as a two-year-old, and the all-the-way victory was the perfect way for the speedy three-year-old to build on his second in the Hackwood Stakes at Newbury.

Loughnane said: “It’s easy to train a good horse. He loves it here – three runs, two wins and a third in the Phoenix Stakes last year where I thought he was a bit unlucky in the wrong part of the track with a strong headwind.

“He disappointed in Royal Ascot but just got out of the wrong side of the bed, overheated and didn’t run his race. “He’s only been out of the frame twice in his life and is an absolute pleasure to train. He’s a horse that I hold very close to my heart and probably always will.

“He’s a terrier and would step into a ring with Mike Tyson – he’s afraid of no one. The longer they come at him the better he is. I’d love to see him over seven.”

Go Bears Go was cut to 12-1 for Haydock’s Betfair Sprint Cup by the sponsors, but Loughnane revealed an American adventure was on the cards for Go Bears Go, possibly followed by a trip to Paris.

He said: “At the moment the plan is to head to Kentucky Downs on September 10. There is a Grade Two over there worth a lot of money over six and a half furlongs and then possibly a tilt at the Foret in October.

“He doesn’t want too long between his races, he gets a bit bored. He wants three weeks, maybe four, and he loves travelling. This race worked in nicely.”