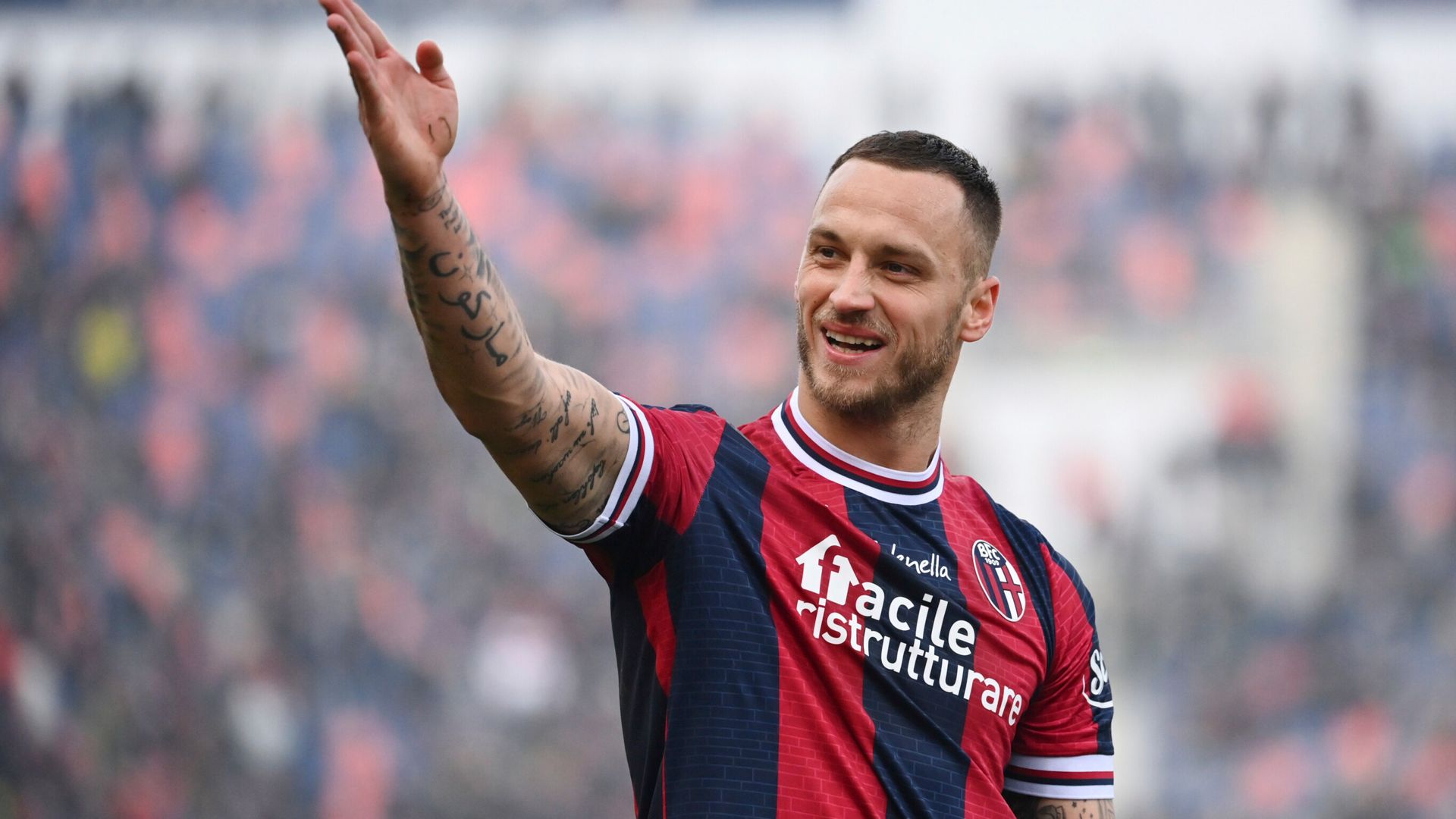 Manchester United have had a bid of around €9m (£7.6m) for Marko Arnautovic rejected by Bologna, according to Sky Italy.

United are keen on bringing the former West Ham and Stoke forward, who scored 43 goals in the Premier League, back to England.

Lisandro Martinez and Tyrell Malacia have been signed in defence along with midfielder Christian Eriksen already this summer, but Erik ten Hag has been unable to strengthen his front line yet.

FREE TO WATCH: Highlights from Brighton’s win against Manchester United in the Premier League

With Anthony Martial currently injured and concerns over Cristiano Ronaldo’s future, United are looking for more options up front. They remain interested in RB Salzburg striker Benjamin Sesko, but there is a feeling it is a difficult deal to do.

Ten Hag is therefore keen on signing Arnautovic, who can play out wide or through the middle.

The Dutchman was asked about the 33-year-old following Sunday’s 2-1 defeat by Brighton at Old Trafford, in what was the United manager’s first competitive game in charge.

“I don’t go into names because I think in this pre-season 250 players are involved or linked with Manchester United, so that’s it,” he said. “We have two strikers, maybe a third one, with Marcus Rashford as well.

“So I think it was the right decision to do it like this. But the typical No 9 wasn’t available today.”

After spending two years in China with Shanghai Port, Arnautovic returned to Europe last year and has scored 15 goals in 34 games for Bologna.

United’s interest in the Austrian could be explained by his previous connection to Steve McClaren, who is one of Ten Hag’s assistants at Old Trafford.

Arnautovic was playing for FC Twente when McClaren took charge of the Eredivisie club in the summer of 2008 and became a regular in the side. Ten Hag also spent time as McClaren’s No 2 in the Netherlands.