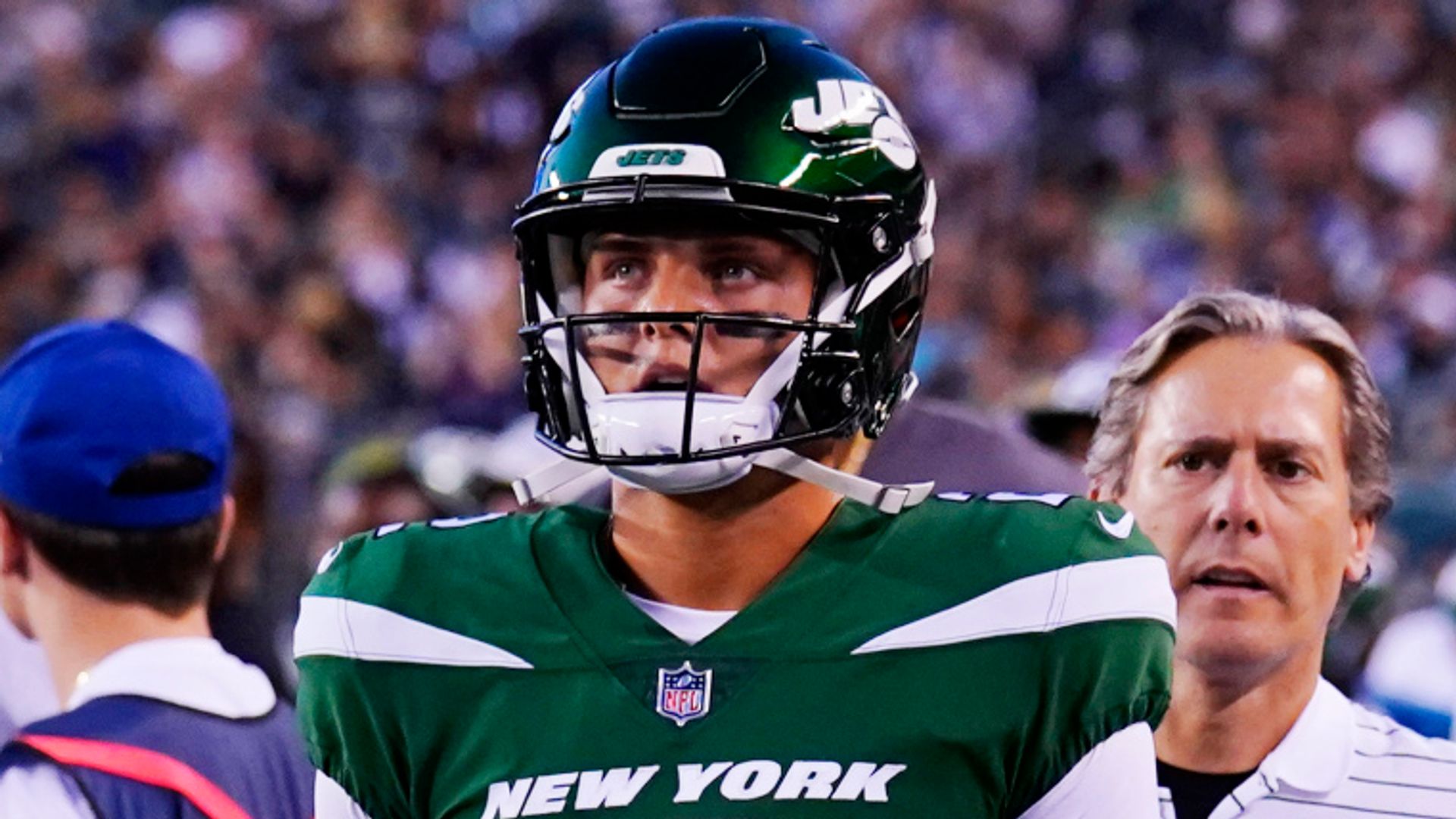 Zach Wilson sustained a meniscus injury and a bone bruise in his right knee in the team’s preseason opener against the Philadelphia Eagles; back-up quarterback Mike White replaced him in the 24-21 win; the Jets host the Baltimore Ravens in Week One of the 2022 season, on September 11

New York Jets quarterback Zach Wilson sustained a meniscus injury and a bone bruise in his right knee in the team’s preseason opener against the Philadelphia Eagles which is expected to keep him out for two to four weeks.

The injury makes the second-year quarterback a doubt for the start of the 2022 season, which gets under way on September 8. The Jets are due to host the Baltimore Ravens in Week One.

Wilson will now undergo a procedure to repair the meniscus injury, which is not a complete tear, providing a second doctor confirms the diagnosis.

The injury occurred in the first quarter of the Jets’ contest in Philadelphia as he rolled out of the pocket and scrambled to his right. He made a cut to evade an Eagles defender, lunged forward and came up limping.

Wilson was taken to the locker room shortly after and replaced by back-up Mike White. The Jets went on to win 24-21.

Prior to exiting the game, Wilson completed 3 of 5 passes for 23 yards with an interception. He added seven rushing yards on one carry.

The 23-year-old threw for 2,334 passing yards in his rookie season, with nine touchdowns and 11 interceptions. He missed four games with an injury to his right knee.

Should Wilson not be able to start the 2022 season, the Jets could turn to White or veteran Joe Flacco.

White made three starts for the injured Wilson last season and was 1-2. He completed 66.7 per cent of his passes for 953 yards, five touchdowns and eight interceptions in four games.

Flacco, who won a Super Bowl during his 11 seasons with the Ravens, could end up facing his old team to start the season. He lost his only start last year in Week 11 against the Miami Dolphins, while he completed 27 of 42 passes with three TDs and no interceptions in his two appearances.