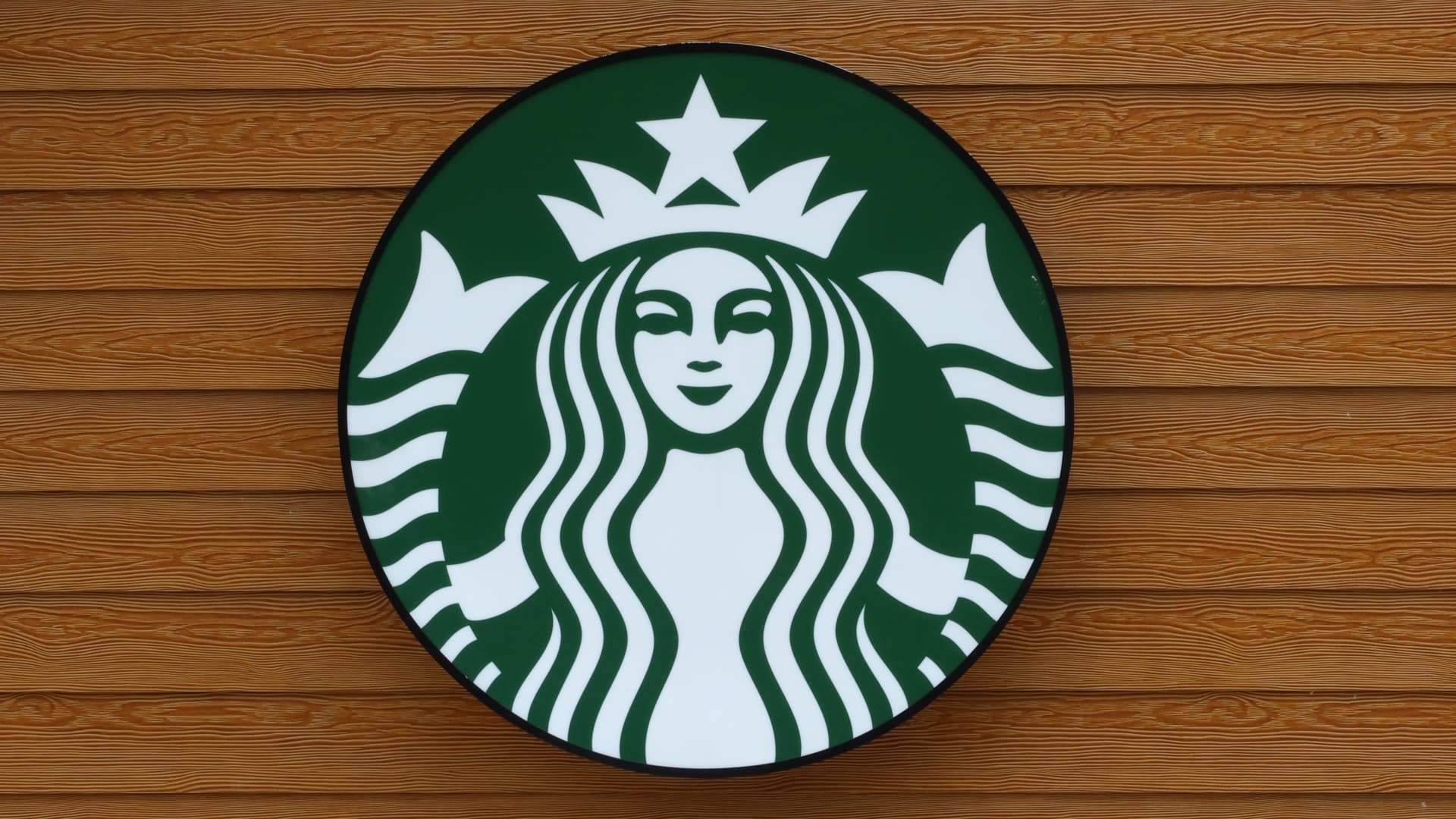 “As we create more premium beverages, it becomes more difficult for customers to replicate it at home and we think that helps with the concept of trade down,” Starbucks CFO Rachel Ruggeri told CNBC’s “Squawk Box” on Aug. 3.

Personalized coffees, “prestige” skincare and “elevated” sauces and spreads are just some examples of how companies like Starbucks, Unilever and Kraft Heinz are tilting their focus toward premium products — and consumers appear to be loving it.

But why are companies zooming in on their pricier offerings when consumers are feeling the effects of the biggest inflation shock in decades?

“Whilst it’s true that some consumers are having to increasingly turn to value products and watch every penny, it is also the case that other consumers are nervous about the economic outlook but still have money to spend and are in essence trading down to premium products,” Martin said.

“For example, swapping meals out for premium meals in. Whilst this group will also look to save money via the value essentials, they won’t be filling the basket solely with them,” he said.

‘An offering that’s worth paying for’

Starbucks reported record customer counts and sales in the last quarter, beating Wall Street expectations. The results appear to reaffirm the view that some customers aren’t trading down or reducing their spending despite the increasing cost of living.

“As we create more premium beverages, that’s more difficult for customers to replicate at home and we think that helps with the concept of trade down,” Ruggeri said. “It may mean that maybe a customer doesn’t come as frequently, but we want to ensure that we have reasons for the customers to come into the stores and interact with us.”

“We’ve been able to do that through our personalization, which is a choice, and what we’ve seen so far is our demand is strong. And that tells us that we have an offering that’s worth paying for,” she said.

The focus on premium products isn’t unique to the largest coffee chain in the U.S.

Kraft Heinz is getting in on the luxury market with the launch of its HEINZ 57 Collection in July. The “chef-inspired” condiments are “designed to add magic to the culinary experience,” according to the company.

This came as the company lifted prices by more than 12% in response to higher transportation, labor and ingredients costs amid rising inflation.

The introduction of more premium products is in addition to redesigns of classic products, according to the company’s U.S. president Carlos Abrams-Rivera.

“One focus is how do we optimise formulas to bring in ingredients that are cheaper,” Abrams-Rivera told CNBC’s “Squawk Box” on July 28. “And how do we customise our products to the different consumers so they can access different products at different price points.”

Treading a similar path is Mondelez. The company announced in June a deal to acquire organic-focussed Clif Bar & Company, while all the company’s 2021 acquisitions — Hu Master Holdings, Lion/Gemstone Topco and Gourmet Food Holdings — were described as “premium” in its second-quarter earnings report.

‘Value faces a boom and so does premium’

Unsurprisingly, consumers are also reliant on cheaper products, which companies are also sensitive to.

McDonald’s, for example, attributed some of its growth in the U.S. to its value products in its Q2 2022 earnings report.

Other companies are looking to attract both ends of the market by focussing on higher and lower-priced products.

Nestle CEO Mark Schneider told investors in the company’s half-year results earnings call that the approach has been used before.

“What we’re seeing with the current situation is similar to what happened in previous economic slowdowns and downturns,” Schneider said. “We pay attention to premium products but we also pay attention to affordable products. By covering both ends of this spectrum we’re doing well and we’re serving those needs.”

Appealing to the widest possible customer base is key to maintaining and growing profits in the current economic climate, according to KPMG’s Martin.

“In this landscape, value faces a boom and so does premium. Supermarkets recognize it, including the discounters, who are expanding their core value ranges, but also beefing up their premium proposition. Their aim is to capture and retain all of the trade-down audiences,” Martin said.

Unilever CEO Alan Jope told CNBC’s “Squawk Box” that the company was seeing a mixture of customers trading up and trading down.

“The premium ranges in our portfolio are actually doing very well … We are seeing some downtrading – that’s on pack size, where people are moving to more affordable formats,” he said on July 26.

In 2014, Unilever launched Prestige, a luxury arm of the conglomerate that now includes Dermalogica, Tatcha and Paula’s Choice.

Described as “a string of pearls” by Executive VP and Group CEO Vasiliki Petrou in December, the model relies on “a certain level of scarcity” to drive desirability and sales.

So far, it appears to have worked. Beauty & Personal Care grew 7.5% in the last quarter, driven by “strong growth” in Prestige Beauty and Health & Wellbeing, according to the company’s Q2 2022 results announcement.

A focus on premium products can also be a more palatable means of tackling inflation costs compared to reducing items or packaging sizes, according to EY global consumer leader Kristina Rogers.

“There is a limit to these actions and considering that input costs continue to rise, companies are looking at how to expand the value of their products,” Rogers told CNBC.

“The only way to grow is therefore to go the premium and added value route. Companies need to demonstrate the added value of their brands and give consumers a good reason to buy higher-priced products,” Rogers said.

“Companies are focusing on increasing the features of their product to extend consumers’ willingness to pay. These features include brand building, higher quality products, sustainability, or health features, to help validate a higher premium to be charged,” she added.