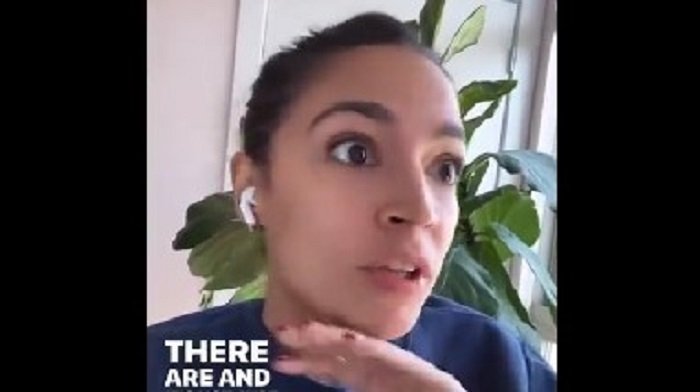 Far-left socialist Alexandria Ocasio-Cortez (AOC) argued that young people aren’t having children due to the “burdens of capitalism,” and as a result, we “need” more immigrants.

“You take a look at it … there are quite a few countries that are really struggling because young people under the burdens of capitalism and under – living under a society that’s increasingly concentrating wealth among the rich,” she said.

“And we actually need immigrant populations to help balance things out,” the New York Democrat added.

Interestingly, she used Japan and South Korea as examples of disastrous capitalism – countries that are neighbors to communist nightmares China and North Korea.

Democrat Rep. Alexandria Ocasio-Cortez says because of the “burdens of capitalism” people can’t have kids. pic.twitter.com/jnceTNbJis

AOC Laments the ‘Burdens of Capitalism’

AOC, who often lives with the burden of ignorance, then suggested immigration is necessary to keep liberal social safety programs afloat.

“We can’t continue to fund Social Security, Medicare, all of this stuff without immigrants and it’s always been that way,” Ocasio-Cortez added. “Don’t act like it’s some new trend or anything like that.”

For instance, a good portion of the illegal immigrants flown to Martha’s Vineyard recently came from Venezuela.

Socialist @AOC seriously tried to blame “the burdens of capitalism” as the reason young people in certain countries aren’t having kids. pic.twitter.com/XK9sLDz56R

Further adding to the irony is that she made these statements while filming social media videos on her iPhone with a nice pair of AirPods in her ears.

Damn those burdens of capitalism!

I love when @AOC bitches about capitalism while filming on her iPhone and listening with her airpods.

No Children Due to Global Warming

AOC has long been an opponent of the ‘burdens of capitalism’ here in America, often demonizing successful business owners as morally corrupt racist slave drivers.

“You made that money off the backs of single mothers and all these people who are literally dying because they can’t afford to live and so no one ever makes a billion dollars,” she has said.

“I’m not here to villainize and to say that billionaires are inherently morally corrupt, but they are, I mean, I think there is a case, but um, but, it’s not to say that, it’s to say that this system that we live in, life in capitalism, always ends in billionaires.”

AOC on why successful businessmen don’t deserve their wealth: “You didn’t make those widgets! You sat on a couch while thousands of people were paid modern day slave wages, and in some cases real modern-day slavery; you made that money off the backs of undocumented people …” pic.twitter.com/Y2w3nSfezo

The Dem’s Child Tax Credit Was ALWAYS About Giving Illegal Aliens Free Money. Only American Citizens & Their Children Should Be Included. But Of Course This Policy Includes All Of The Illegal Alien Kids. Notice How AOC Gives Specific Instructions For The Illegals. #WeNeedEVerify pic.twitter.com/YKCv4g6F3U

“Our planet is going to hit disaster if we don’t turn this ship around and so it’s basically like, there’s a scientific consensus that the lives of children are going to be very difficult,” Ocasio-Cortez said as she prepared food in front of her 2.5 million followers in a bizarre Instagram video.

“And it does lead, I think, young people to have a legitimate question, you know, ‘Is it okay to still have children?’”

Is Alexandria Ocasio-Cortez right to ask if the climate means we should have fewer children? https://t.co/bfmdzQUkY4

Perhaps that’s why AOC is such a champion of abortion rights – terminating pregnancies due to the burdens of capitalism and global warming seems like a legitimate argument in her mind.