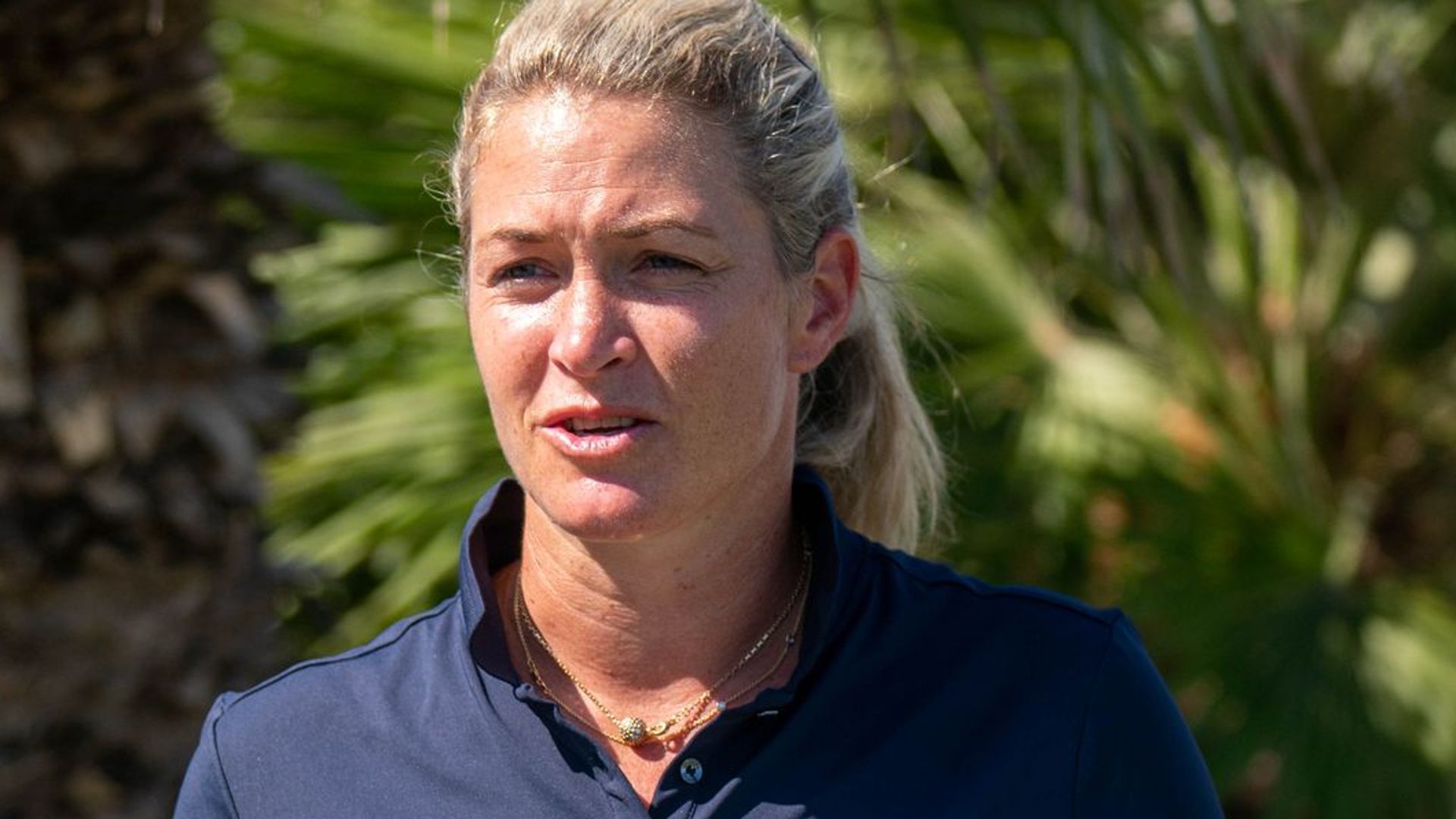 Team Europe captain Suzann Pettersen attended a “One Year To Go” celebration ahead of the 2023 Solheim Cup, which is being hosted in Spain for the first time; Europe looking to claim a third consecutive victory against Team USA

With a year to go until the 2023 Solheim Cup at Finca Cortesin, Spain – Trish Johnson and Henni Koyack predict who may feature for Team Europe next September

With a year to go until the 2023 Solheim Cup at Finca Cortesin, Spain – Trish Johnson and Henni Koyack predict who may feature for Team Europe next September

Suzann Pettersen has hailed the depth of players at her disposal for next year’s Solheim Cup and has backed Europe’s wave of rising stars to impress in Spain next September.

The leading two players from the Ladies European Tour’s Solheim Cup points list automatically qualify for Team Europe, along with the six highest-ranked players from the Rolex Women’s World Rankings, with the final four players named via captain’s picks.

Swedish duo Maja Stark and Linn Grant have dominated the Ladies European Tour this season, each winning four times to bolster their chances of a Solheim Cup debut in Pettersen’s team, while several of the victorious 2021 team have impressed on the LPGA Tour this season.

A look back at the best of the action from a thrilling final day at the 2021 Solheim Cup, where Team Europe made it back-to-back victories against Team USA

A look back at the best of the action from a thrilling final day at the 2021 Solheim Cup, where Team Europe made it back-to-back victories against Team USA

Nanna Koerstz Madsen registered her breakthrough title in March at the Honda LPGA Thailand, a month on from Leona Maguire winning the LPGA Drive On Championship, while Celine Boutier, Georgia Hall and Charley Hull have all contended in events in recent months.

Team Europe will be chasing a third consecutive Solheim Cup victory for the first time in the tournament’s history when they host the biennial event at Finca Cortesin in Spain from September 22-24, 2023, with Pettersen expecting plenty of young talents in her line-up.

Speaking at a special event in Puerto Banus to mark a year to go until the Solheim Cup, Pettersen told Sky Sports: “I’m super stoked to see the new young talent coming up through the Ladies European Tour.

“I feel like every week there are new names, new rookies and the rookies keep continuing to deliver with great results and being in contention.

“Just look at the Swedes [Maja Stark and Linn Grant], they’ve almost pretty much played themselves onto the team. Not only just through the European rankings, but they’re almost in via the world rankings because of their great results.

“One of them [Stark] is now playing the LPGA Tour and is going to start earning a lot more world ranking points going forward, so I just really embrace it [new wave of young talent] and I’m all for giving the youngsters a chance – they are the future.

“I’m obviously also hoping to have some experienced players on the team, but these young ones are feisty and fearless. They’re ready to go out and fight their heart out, which is great and that’s the mentality we want.”

Pettersen signed off her lengthy Solheim Cup playing career by claiming the winning point during a dramatic 2019 contest at Gleneagles, the last of nine appearances for Team Europe, with the victory also her final event before retiring from the sport.

The Norwegian has also served twice as a vice-captain, in 2017 when she was a late injury withdrawal and in 2021 as part of Catriona Matthew’s backroom staff, with Pettersen hoping to use her past experiences to help Team Europe enjoy more success.

“When I’m not competing, I’m a lot calmer and more laidback,” Pettersen added. “I was a lot more intense as a player and I can see how when you’re more relaxed and approachable, how well that goes on to the players.

“I am definitely going to try to pass on my adrenaline and energy that the Solheim Cup has given me. All I can do is try to facilitate for them to be able to perform their best.

“I think the Solheim Cup always brings the best out of everyone and everyone seems to elevate their games. I can only speak for the Europeans, but we all play our hearts out and that really shows.

“That’s all I can ask from the players, to give their best and really play with their hearts. If you do, you are going to get the best out of what you have.”