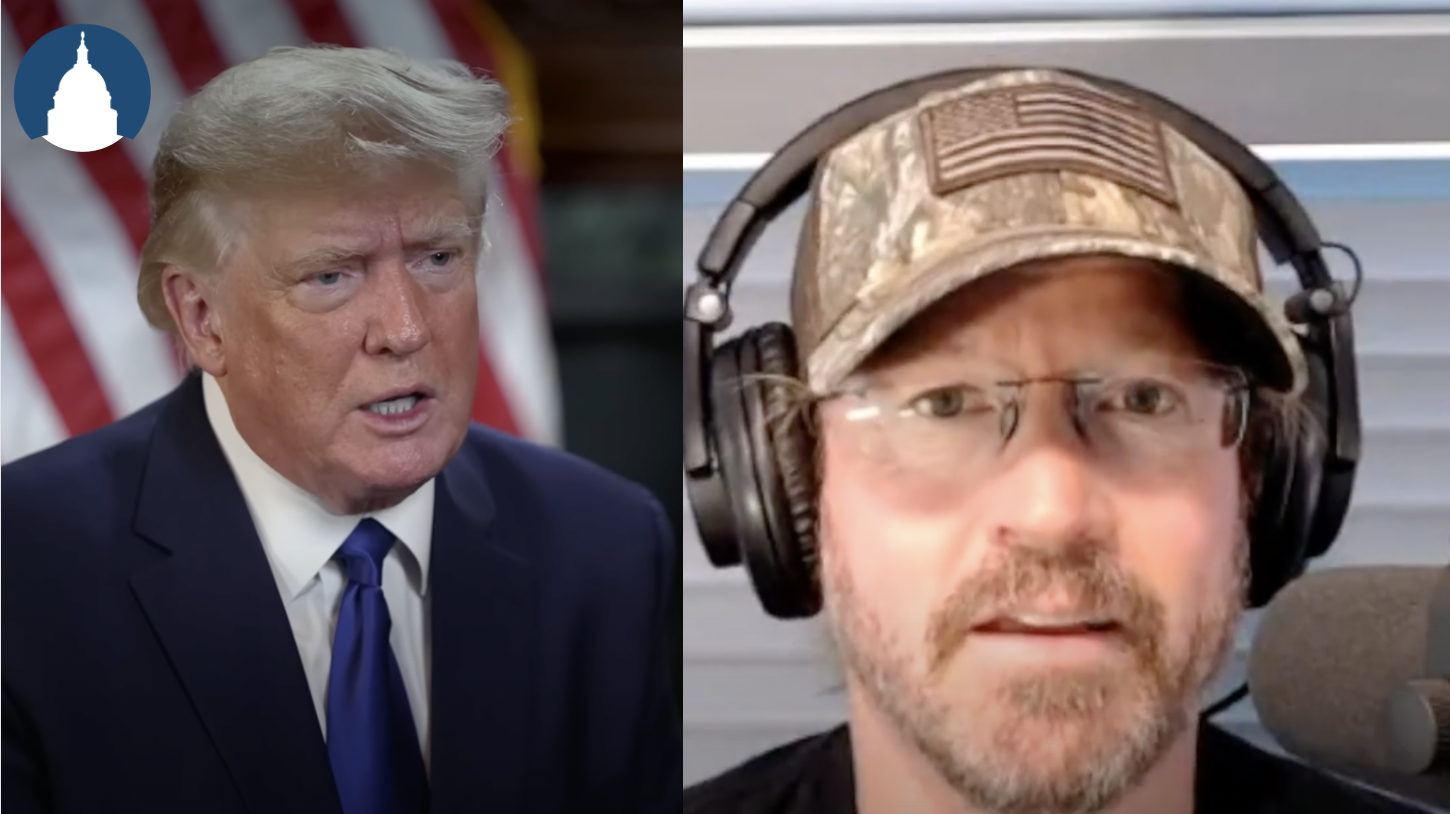 Former federal agent Gary Collins, who served with the State Department Diplomatic Security Service, Department of Health and Human Services, and Food and Drug Administration for nearly two decades, recently spoke with The Political Insider’s Brett Smith regarding the FBI’s corruption during the Trump administration and mistreatment of those who are deemed internal threats by the current administration.

Collins, who left federal employment in 2012 after becoming disillusioned with what he considered to be unethical practices and borderline-unlawful behaviors by federal employees, told Smith how former President Trump could have permanently reformed the federal government during his one term in office.

“I said when he first got elected, I was talking to friends, If he doesn’t walk in there and hand out at least two to three thousand pink slips immediately, he’s in trouble,” said Collins.

RELATED: In 1988, Ron Paul Stood Alone To Warn Us About FBI Corruption

“And they’d go ‘why?’ and I go because he’s not a politician and he said some things that are going to p**s people off.”

Collins continued to point out how during Obama’s two terms in office, Obama “had infiltrated every cabinet level office there was. He made sure he planted people everywhere.”

Because of this, Collins asserts that none of the Obama appointees who were allowed to stay during Trump’s transition into the presidency in 2017 were ever going to give Trump a fair chance to lead.

“If you don’t get rid of these people, they’re gonna bury him,” Collins said he predicted at the time.

“He walked in there blind, he thought this was a business and that these are all patriots… there’s a lot of bad people in there.”

Collins believes that were Trump to run and win the Presidency again, he would have the knowledge and mandate to utterly restructure and reform the government permanently, starting with our law enforcement and intelligence communities and working his way across the board from there.

Trump has stated that should he choose to run for the White House a third time, nothing would get in his way of choosing to do so, even if a potential indictment by the DOJ were to add extra challenges to his efforts.

Former federal special agent Gary Collins @SimpleLifeNow joins @BrettRSmith76 to discuss the corruption within our law enforcement and intelligence communities, as well as what could be done about it. pic.twitter.com/v2t456bkil

After the raid on his Florida home of Mar-a-Lago by the FBI, which Collins believes was a politically motivated action, Trump and his base have become more unified than ever before to call out the FBI and DOJ for what many consider to be intentionally malicious behavior.

Trump had already been harassed and targeted by the FBI for years, first when they unlawfully ‘spied’ on his 2016 presidential campaign alleging collusion with the Russian government, and later when disgraced former FBI agent Peter Strzok was colluding with other anti-Trump agents in the FBI to push the Steele Dossier, which only added to the Russian-collusion hoax.

Now, Republicans, who by and large who have never been considered hard critics of federal law enforcement, are calling out those such as Attorney General Merrick Garland, who former Speaker of the House Newt Gingrich went as far as to call Garland’s DOJ “the most corrupt DOJ in history.”