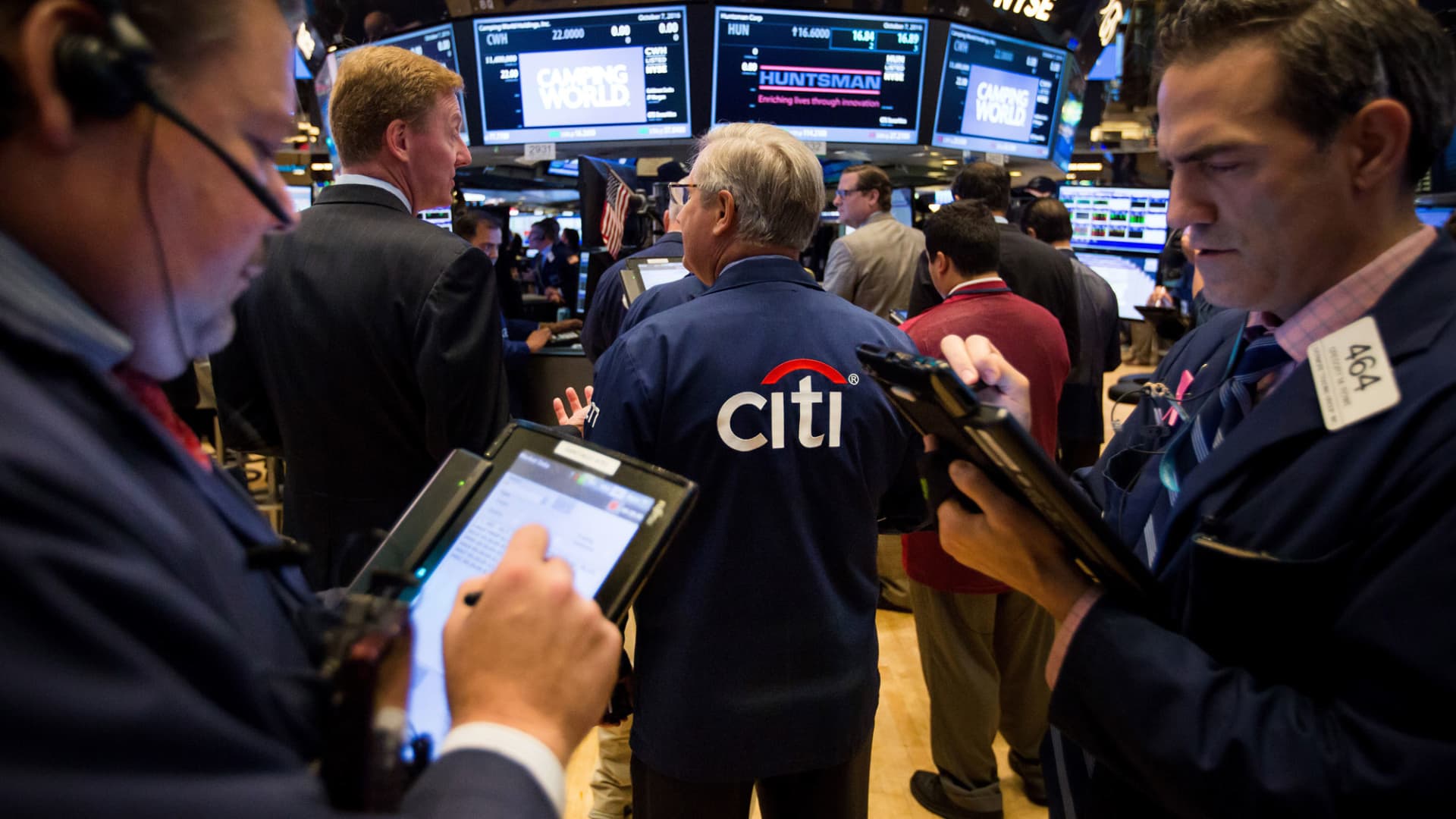 A trader, center, wears a Citigroup jacket while working on the floor of the New York Stock Exchange.

LONDON — The U.K. risks a currency crisis that could see sterling reach parity with the dollar, according to analysts at Citi.

The U.K. government announced the most significant program of tax cuts in decades Friday morning, as Finance Minister Kwasi Kwarteng said the Treasury was targeting a 2.5% trend in growth. British economic growth has been sluggish in recent years, and the Bank of England on Thursday said it was likely in a recession.

However, traders appeared to panic over the prospect of the U.K. increasing its already record-high debt-to-GDP ratio as it spends additional billions on economic support for households and businesses amid the European energy crisis, with government bond yields rising at the highest daily rate in over a decade.

Analysts said there was now a significant chance of the currencies hitting parity for the first time in history. Sterling’s all time-low is close to $1.05.

Citi’s Vasileios Gkionakis said he expected the pound to trade in a range of $1.05 to $1.10 over the next few months, but that the risks for a break lower, toward parity, had increased.

“We think the UK will find it increasingly difficult to finance this deficit amidst such as deteriorating economic backdrop; something has to give, and that something will eventually be a much lower exchange rate,” he said in a research note.

Antoine Bouvet and Chris Turner at Dutch bank ING said FX options were now pricing the chances of dollar-sterling parity by the end of the year at 17%, up from 6% in late June.

“Given our bias for the dollar rally going into over-drive as well, we think the market may be underpricing the chances of parity,” they said in a note.