BREAKING NEWS
GMT+2 10:17
Home Business New cars are finally back in stock — but Americans might not be able to afford them 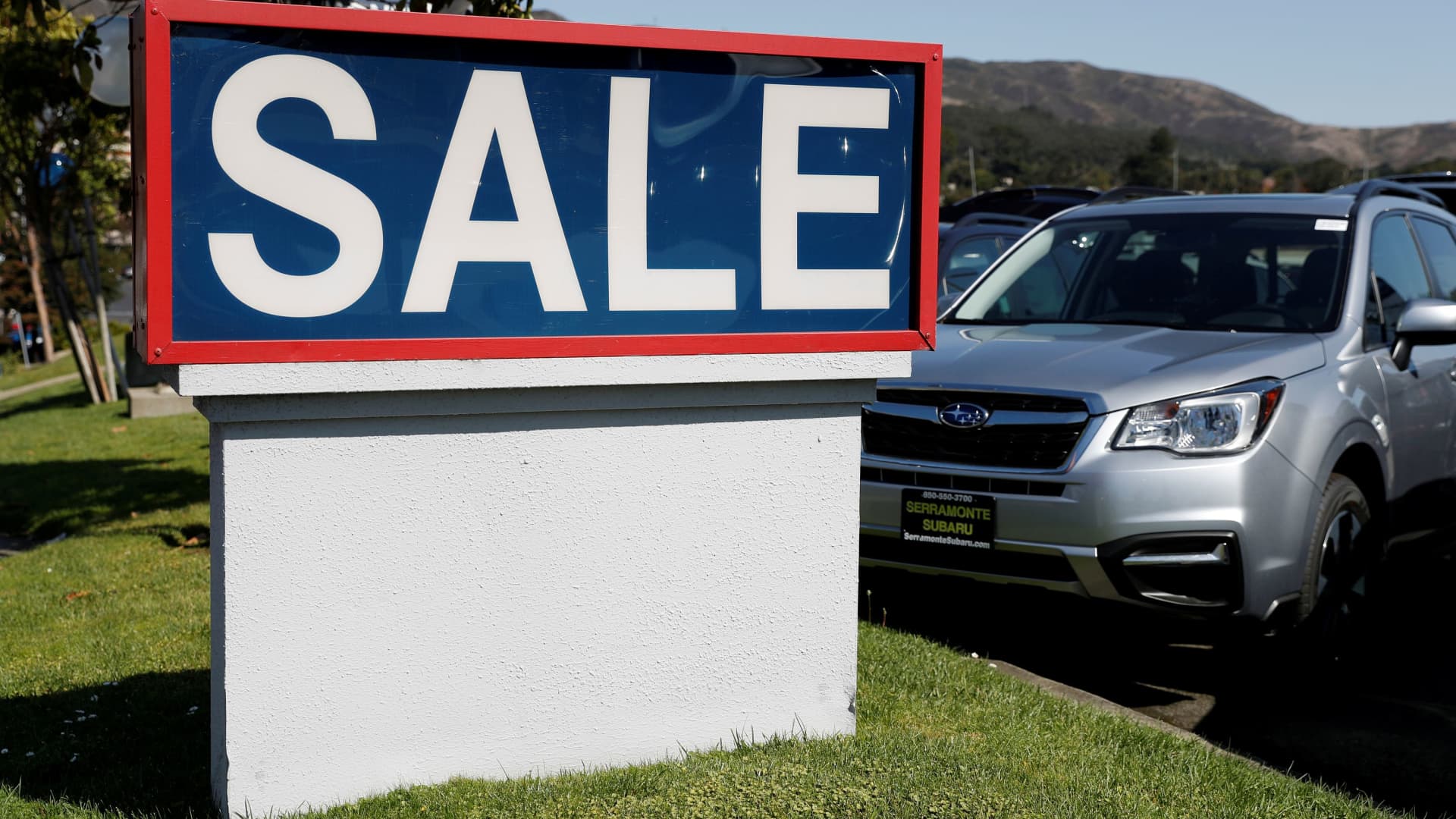 Vehicles are displayed for sale at an AutoNation car dealership on April 21, 2022 in Valencia, California.

DETROIT — New cars are slowly becoming more widely available, as supply chain bottlenecks finally start to ease. But now, an increasing number of Americans might not want them or be able to afford them.

With the Federal Reserve aggressively hiking interest rates to fight inflation, consumers are finding that the cost of financing a new car is suddenly a lot higher than it was even earlier this year. That’s expected to cut demand and add new pressure to the auto industry, which had been struggling with depleted inventories during the pandemic.

“The irony for the auto market is that just as the industry is poised to start seeing volumes increase from supply-constrained recession-like low levels, the rapid movement in interest rates is reducing demand,” Cox Automotive Chief Economist Jonathan Smoke wrote in a blog post Wednesday.

At the end of third quarter, Cox Automotive found the new vehicle loan rate was 7%, up 2 percentage points for the year. The loan rate in the used market was up by the same amount, to 11%, according to Cox Automotive.

The higher cost for car financing comes as household budgets are already being squeezed by decades-high inflation. That means many Americans may no longer to be able to afford the new cars that are starting to arrive on dealer lots.

And the cost of financing is expected to keep climbing. Already this year, the Fed has aggressively increased interest loan rates to 3% to 3.25%, and it has indicated it plans to continue hiking rates until the the fed funds rate hits 4.6% in 2023.

Automakers could offset costs with financing deals and discounts, but the latter is something companies have vowed not to return to amid record profits.

Automakers had been counting on pent-up consumer demand from the supply chain shortage during the pandemic to persist in the near term. But fleet and commercial sales, which aren’t as profitable, notably increased in the third quarter, indicating that consumer demand may be waning.

That’s even as inventory levels are finally rising from record lows.

Total automotive inventory increased to about 1.43 million units at the end of September, the highest level since May 2021 and up 160,000 units from the end of August, according to BofA Securities.

“We continue to believe that the sales weakness over the past year+ is a function of limited inventory,” analyst John Murphy said in a Wednesday note to investors.

But he also noted that demand could soften based on inflation, weak consumer confidence and the concerns about a recession.

Largely due to the central bank’s actions, Cox recently lowered its new vehicle sales forecast for the year to 13.7 million, down from an already lowered 14.4 million and a level not seen in a decade. At that sales pace, Smoke said lower production and profits could further stress the supply chain, which may lead to bankruptcies and further inventory disruptions.

In the meantime, however, price increases for new vehicle prices have been slowing. Average purchase prices for new cars rose 6.3% in September to a record of more than $45,000, J.D. Power estimates. Earlier in the year, prices had surged at record levels of 17.5% and 14.5%.

To make up for lower sales, automakers have been focusing on producing their most expensive vehicles, which are also their most profitable. That, combined with rising interest rates, is pushing more car shoppers to look at used vehicles.

“Inventory can be a bit tenuous, but it feels like maybe it’s going to get better and not necessarily worse, which comes at an interesting time, because now it feels like there may actually be a bit of trouble on the demand because of higher prices, higher interest rates and the questions of whether we’re in a recession or not,” said Jessica Caldwell, executive director of insights at Edmunds.

“I don’t know that there’s any return to normal. I think we’re just at a new normal,” he said.

Pricing in the used vehicle industry has been declining, but the interest rate increases could offset that, depending on the terms.

After peaking in January, Cox Automotive’s Manheim Used Vehicle Value Index, which tracks prices of used vehicles sold at its U.S. wholesale auctions, has fallen by 13% through the middle of September. But prices remain elevated from historical levels.

The average price of a financed vehicle is over $31,000, a level closer to new vehicle prices than used cars and trucks, according to Edmunds.

“There just aren’t a lot of good options,” Caldwell said. “Used doesn’t present itself as a good option, really, unless you can find something with a lower interest rate.”