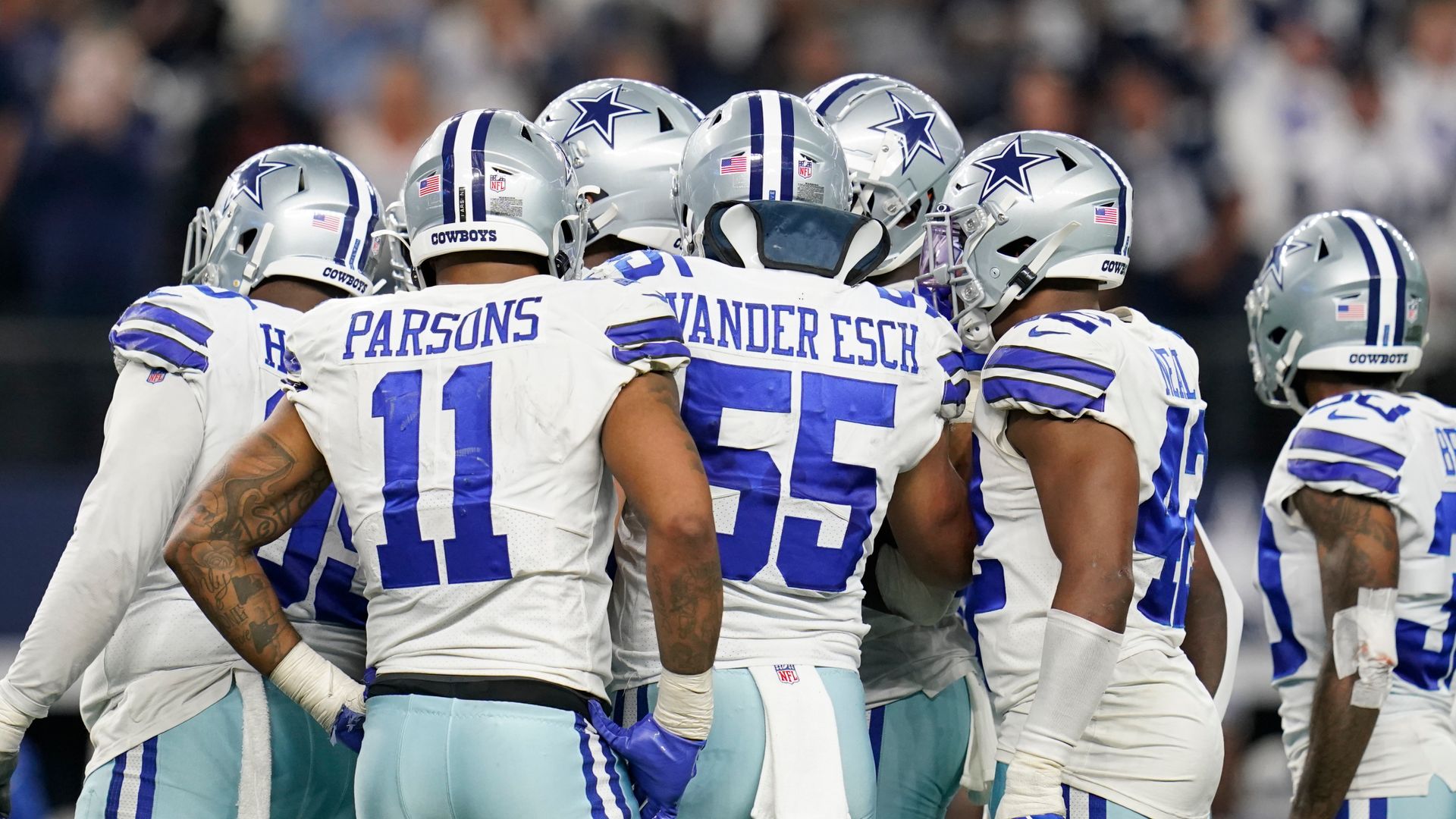 Cowboys, playoff implications and Madden | NFL reasons to be thankful

From the Dallas Cowboys to the dearly departed John Madden, Sky Sports’ Hannah Wilkes picks out things to be thankful for this Thanksgiving; Thursday night triple-header – Bills @ Lions, Giants @ Cowboys and Patriots @ Vikings – live on Sky Sports NFL from 5.30pm

Sure, we think we know who’ll still be playing in late January (the Kansas City Chiefs, always) but one week the Minnesota Vikings (8-2) are beating the Buffalo Bills (7-3) in THE-GAME-OF-THE-SEASON, and the next they’re putting up all of three points in Dallas and being shredded to the tune of 40 by the Cowboys (7-3). The Philadelphia Eagles (9-1) looked unstoppable and then were duly brought back down to earth by the Washington Commanders (6-5). The Green Bay Packers (4-7) are all but out of playoff contention, while the Detroit Lions (4-6) are on a three-game win streak. Madness.

There was a wild end to the game between Buffalo Bills and Minnesota Vikings with the Bills defence holding up the Vikings offense on the goal-line, before gifting them a touchdown with a fumble and then somehow forcing overtime!

There was a wild end to the game between Buffalo Bills and Minnesota Vikings with the Bills defence holding up the Vikings offense on the goal-line, before gifting them a touchdown with a fumble and then somehow forcing overtime!

The parity in the league is playing out game to game too: per NFL Research coming into Week 12 there have been 72 games decided by a touchdown or less (that’s the most in league history) and 39 games have been decided by a game-winning score in the final two minutes of either regulation or overtime. Our nails may be chewed down to the wick but are we not completely and utterly entertained?!

2) ‘The season hasn’t really started yet’*

So says New England Patriots head coach Bill Belichick, who famously puts forth that it’s after Thanksgiving that the season really gets going.

Good news for his Patriots then, who started the season 1-3 but have come back to sit 6-4 and third in the ultra-competitive AFC East where everyone is still in the playoff mix (theoretically). It’s also a reminder for the likes of the Eagles and the Vikings that although they’ve chalked up commanding records thus far, they have to keep their foot on the gas, and stay healthy, for another seven weeks.

I’d argue it’s also good news for the Bills who’ve hit a road bump exactly when a ‘Super Bowl window team’ wants to; in November. Fumble your snaps, throw some interceptions and lose close games now so the lessons are learned well ahead of the postseason in January/February.

*not applicable to Fantasy Football

Quarterback Dak Prescott looks good out there. Running back Tony Pollard is unstoppable. Wide receiver CeeDee Lamb keeps on getting better. And the defense is fierce! It’s also looking like a coin flip between them and the New York Giants to sign superstar free agent wideout Odell Beckham Jr. They’re ascending at the optimum time and, at this precise moment in time, might just be my NFC Super Bowl pick… YIKES!

Here’s a Thanksgiving nugget for you (or perhaps a stuffing ball?!); the Cowboys have won seven and averaged 25.1 points per game through their opening 10 games, with two different QBs. That’s consistency in the face of adversity. And such a record puts them alongside Super Bowl-winning teams like the 1980 Raiders, 1972 Dolphins and 1969 Chiefs.

Their Thanksgiving Day matchup against the Giants is crucial, with both teams sitting 7-3 and fighting for second spot in the NFC East behind the Eagles. There is one glaring weakness for both teams; their run defense. Slightly mind-boggling that Dallas can be first against the pass but 26th against the run, but that speaks to the supreme talent of star defensive back Trevon Diggs. The Giants, meanwhile, are 25th against the run, and mid-tier against the pass, so if you happen to have Saquon Barkley, Pollard, or Ezekiel Elliott in your Fantasy team, you can expect to feast come Thursday night.

The legendary NFL coach and broadcaster passed away last December and this Thanksgiving is the inaugural ‘John Madden Thanksgiving Celebration’, with all of the US broadcasters paying tribute to an icon of the game. The John Madden logo will also feature on every field and on all of the helmets worn by the players.

There are people far more qualified than I to speak to his greatness, but when it comes to the special relationship between football and Thanksgiving, there is perhaps no one who summed it up more perfectly:

“There are just certain things that go together; the turkey, the family, the tradition, the football…and we have it all today,” Madden said.

Enjoy every second of the Thanksgiving Thursday triple-header live on Sky Sports, indulge in the great food and, above all, soak up being part of the football family. Happy Thanksgiving everyone!