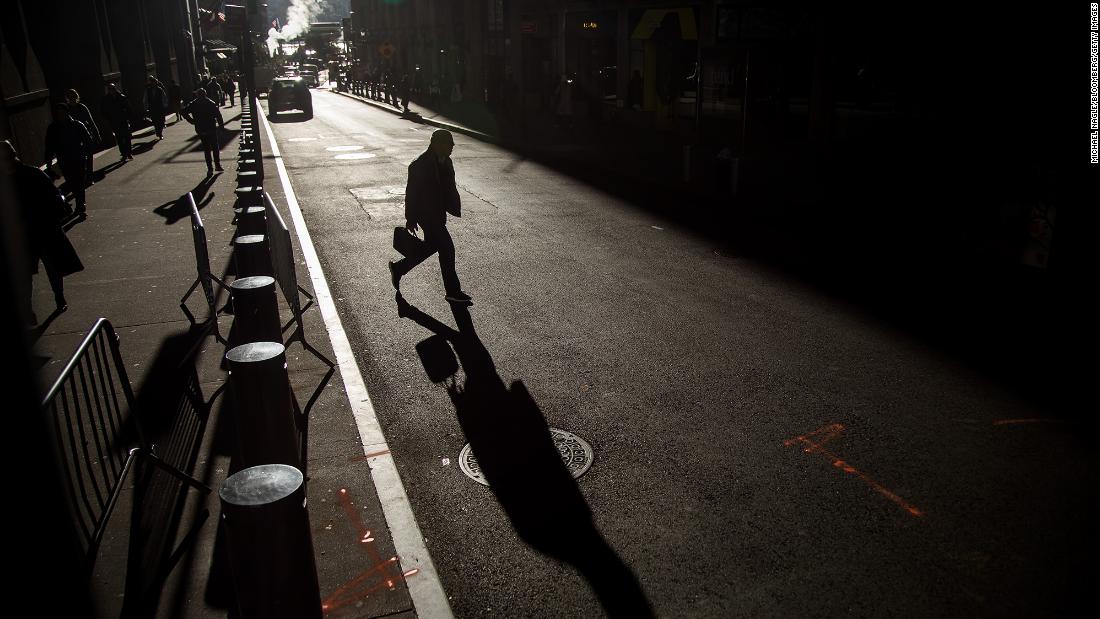 What to expect from Friday’s jobs report

Ahead of Friday’s closely watched jobs report, economists polled by Refinitiv say they are expecting job growth to have slowed in November, with just 200,000 positions added.

But while the recent wave of layoffs hitting the tech sector has dominated news cycles and triggered concerns that a larger reckoning may be on the horizon, labor economists say those concerns are overblown.

“All these announcements that you hear: 10,000 [layoffs] here and 10,000 there, are basically a very, very small fraction of the total employment,” said Daniil Manaenkov, an economic forecaster at the University of Michigan.

Despite a slew of deep cutbacks — primarily at tech companies and other firms that scaled up during the pandemic — and fears that this is the calm before the storm, the broader labor market has barely flinched.

“We’ve just not seen those plans bear out to the degree that we expected,” said Julia Pollak, labor economist at employment marketplace ZipRecruiter. “Companies seem to be preparing an escape route, they’re working on their disaster response plans, but they’re preparing for a downturn that hasn’t happened.”

In November, there were 52,771 job cuts announced by technology firms, according to Challenger, Gray & Christmas data released Thursday morning. That represents the highest monthly total for the sector since 2000, when the outplacement firm started tracking industry-specific reductions. However, the total cuts so far this year are the second-lowest level since 1993, when the firm started tracking layoff announcements.

Despite those losses, weekly jobless claims have ticked up a little and remain at a level seen during healthy economic times. The ratio of job openings to job seekers is moving ever so slightly downward — and in the right direction for the Federal Reserve, which is hoping that softer labor demand will help rein in decades-high inflation.

While interest rate-sensitive areas of the economy, such as housing and construction and tech are showing some signs of weakness, that’s more than made up for by the ongoing labor market recovery in leisure and hospitality and other services, Pollak said.

Many industries are still understaffed relative to the business activity taking place; and the US consumer is still spending because, by and large, their household finances are still relatively strong and many are fairly insulated from the Fed’s anti-inflation measures, she said. This is especially true among higher-wage consumers, many of whom saw a large increase in their net worth from stock market gains and through refinancing and locking in sub-4% mortgage rates.

“Everything seems to be shifting to a new normal, which is not quite back to the pre-pandemic normal,” Pollak said. “It’s a much tighter labor market with elevated churn.”

That persistent labor supply shortfall seen throughout 2021 is unlikely to fully close any time soon, Fed Chairman Jerome Powell said Wednesday during a question-and-answer session at an economic forum.

A combination of demographics, including lower-than-expected population growth, early retirements, illnesses such as long Covid, deaths due to Covid, and plunging net immigration are all impacting the pool of workers, Powell said.

Policies to support labor supply could eventually help overall economic growth; however, those are outside the Fed’s realm and would take time to implement.

The labor market “shows only tentative signs of rebalancing, and wage growth remains well above levels that would be consistent with 2% inflation over time,” he said. “Despite some promising developments, we have a long way to go in restoring price stability.”

But while slower growth and a smaller number of job openings lend some hope that the Fed could achieve a soft landing and bring down inflation with minimal economic and human suffering, plenty of headwinds and uncertainty continue to swirl about.

“The Federal Reserve is fighting the worst inflation the United States has had in over 40 years, and this is a global problem,” said Giacomo Santangelo, an economist at Monster and a senior lecturer of economics at Fordham University. “We have global inflation, and when we have a recession, that’s going to be a global recession.”

He added: “And we just have to hope that the increases that the Federal Reserve has done previously don’t break the labor market on Friday or a month from Friday and that we see unemployment go up slowly, not aggressively.”