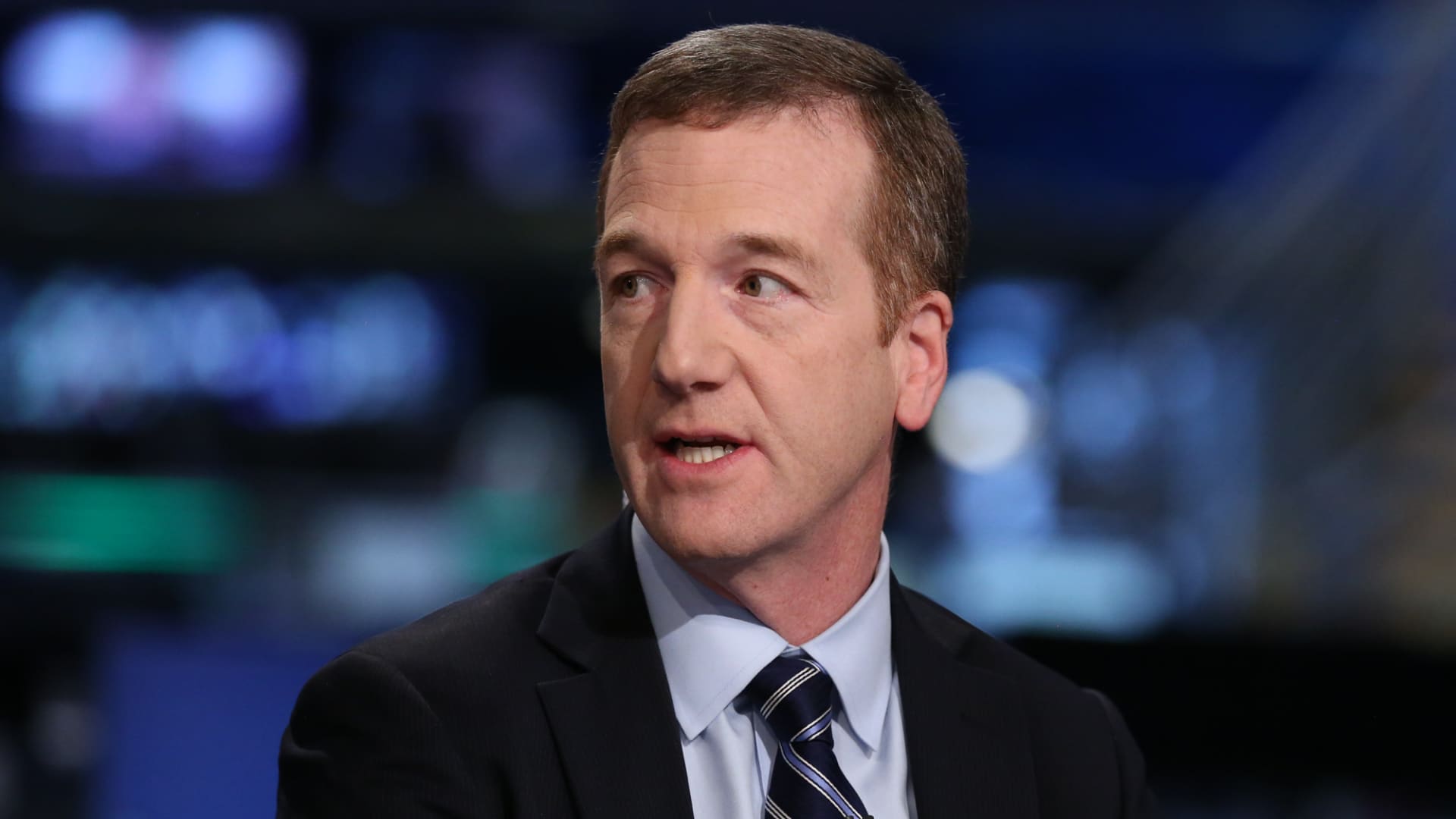 Morgan Stanley’s Mike Wilson says his S&P 500 call is more bearish than most, and explains why

Morgan Stanley Chief U.S. Equity Strategist Mike Wilson, who accurately called this year′s sell-off, said the market has now “run out of steam” and reiterated his bearish bet on the S & P 500 . Wilson, a prominent market bear in 2022, expects the U.S. large-cap index to fall to the 3,000-3,300 level by the first quarter of next year. That would represent a more-than 20% decline from its current level of around 3,990 and is lower than its mid-October trough. In a note Dec. 12, Wilson acknowledged that his call is “out of consensus” and the bank’s bearish views “differ from many we speak with.” At the start of this year, Wilson was an outlier in predicting a sell-off. His year-end target for the S & P 500 was 3,900, compared with an average forecast of 4,023, according to a CNBC market strategist survey . Wilson believes the decline in the market this year — with the S & P 500 down around 15% so far — has been primarily driven by valuation compression as interest rates have risen. But the market’s next fall will be dictated by a decline in earnings, Wilson said. The market’s “unwillingness to price the earnings risk” has seen the index rally instead, he said. It’s up by 11.5% from mid-October. The bank believes this is partly because buy-side analysts at institutional investors, such as pension funds and hedge funds, are not “bearish enough” on next year’s earnings. The investment bank expects earnings per share (EPS) for the S & P 500 index to fall to $195 by the end of next year. However, according to FactSet consensus estimates, the EPS is currently forecast to rise to $230 in 2023 from $218 in 2022, highlighting Morgan Stanley’s markedly bearish call. “We think the driving forces behind higher valuations are running out of steam,” Wilson and colleagues wrote. “We find it very challenging to argue for higher valuations at this point, and with our expectation for falling earnings estimates, that leaves little, if any, upside to broader equity markets from here.” Indeed, the Wall Street giant said it was now more confident of its forecasts for an earnings recession than ever. “As we have been highlighting for months, the part of our analysis we are most confident about is our well below consensus earnings forecast for next year,” the analysts said. — CNBC’s Yun Li and Michael Bloom contributed to this report.