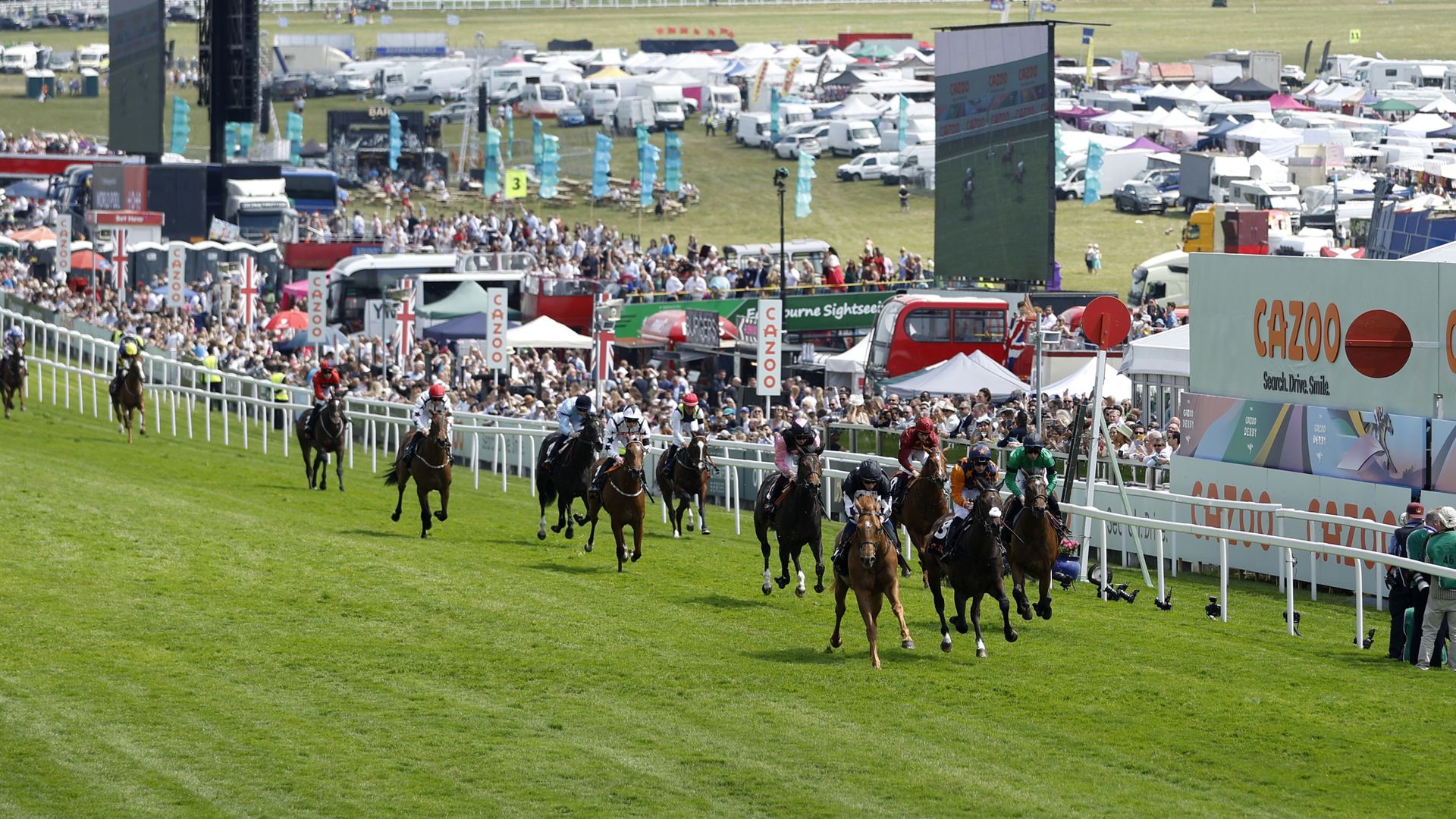 Mick Channon won the Cazoo Woodcote British EBF Stakes for the first time in 10 years as Ascot-bound Legend Of Xanadu streaked down the middle of the Epsom straight.

An easy winner at Redcar 18 days ago, it had taken the Sixties Icon colt four races to break his duck. But clearly the penny has now dropped with the son of Sixties Icon and he looks a much improved juvenile since his first run at Pontefract in early April.

William Buick was content to tuck in from his wide draw and then made his challenge widest of all, sweeping by leader Commander Straker at the furlong marker and while Hugo Palmer’s Self Praise flew home, he could only get within a length and a quarter of the 4-1 joint-favourite.

Paddy Power gave the winner a 14-1 quote for the Coventry Stakes at the Royal meeting later this month, although the Chesham could well be the target.

Jack Channon, assistant to his father, said: “Dad is at home today. He might come tomorrow as we have two runners. It is a big old crowd and he has plenty of work on at home. He is a cracking home-bred and that was a great performance.

“He is a lovely horse and always has been from day one. Everyone keeps saying he needs further, but you have only got to look at the horse to see his is built like a two-year-old and he is certainly proving that.

“He will certainly get further, but I asked William after Redcar, ‘would you step him up to seven (furlongs)?’.