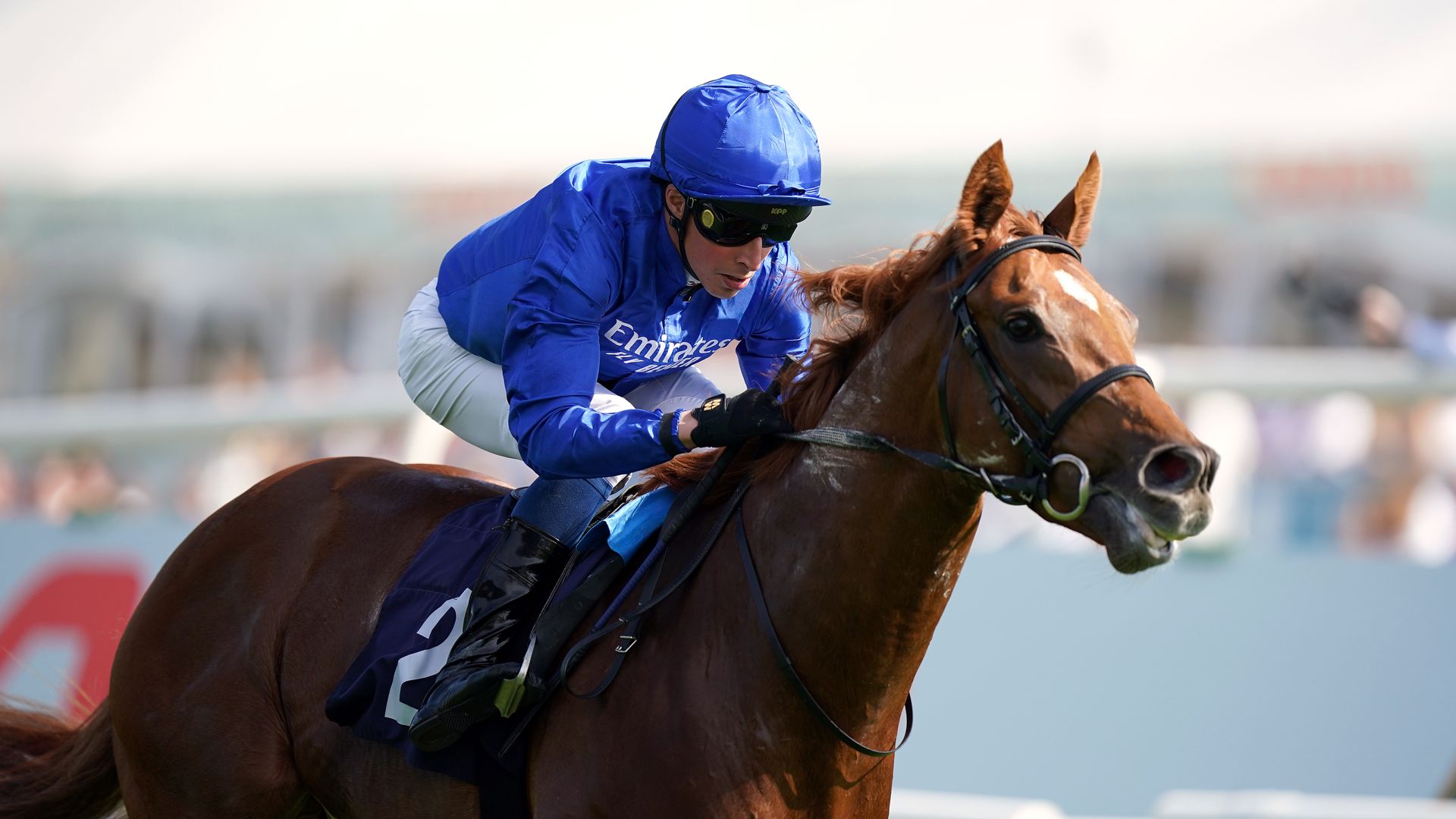 With the Derby at Epsom in the rear-view mirror, attention turns to the French equivalent at Chantilly, live only on Sky Sports Racing on Sunday.

Charlie Appleby’s colt, who will come out of stall 13 of 15, made it four wins in a row at ParisLongchamp last month when taking the French 2000 Guineas in great style.

He is well-fancied to score again but faces a star-studded list of rivals, including Aidan O’Brien pair The Acropolis and Ivy League.

The home challenge is led by Al Hakeem for four-time Prix du Jockey Club-winning trainer Jean-Claude. A three-time winner at the track, Al Hakeem produced a career-best when landing a Listed prize of the mile-and-a-quarter trip at the start of May. A two-time Group Two winner in Germany before his move to William Haggas’ Newmarket base, Grocer Jack heads to France for Grand Prix De Chantilly (2.20), with Tom Marquand booked to ride.

The five-year-old, who holds an entry in the Hardwicke Stakes at Royal Ascot and the Coral-Eclipse at Sandown, finished fifth in the Neom Turf Cup on his first start for the new yard and now steps back into Group Two company.

Last year’s Prix Ganay winner Mare Australis drops down in grade after coming home fourth in the 2022 renewal of ParisLongchamp’s early May feature.

Haggas and Marquand could complete a Group Two double with €2m purchase Purplepay a favourite to win the Prix de Sandringham (4.20).

The former Criterium International third was only sixth in Group One company on her first start for the new team when sent over to the Curragh for the Irish 1000 Guineas.

Oaks Farm Stables Fillies’ Stakes winner Fonteyn steps into Group company for the first time after getting off the mark in the Listed contest at York last month.

William Buick takes the ride on Jerome Reynier’s Pennine Hills, who also won at Listed level last time out over course and distance on her first start since moving from Joseph O’Brien.

Watch every race from Chantilly live only on Sky Sports Racing (Sky 415 | Virgin 535) on Sunday, June 5