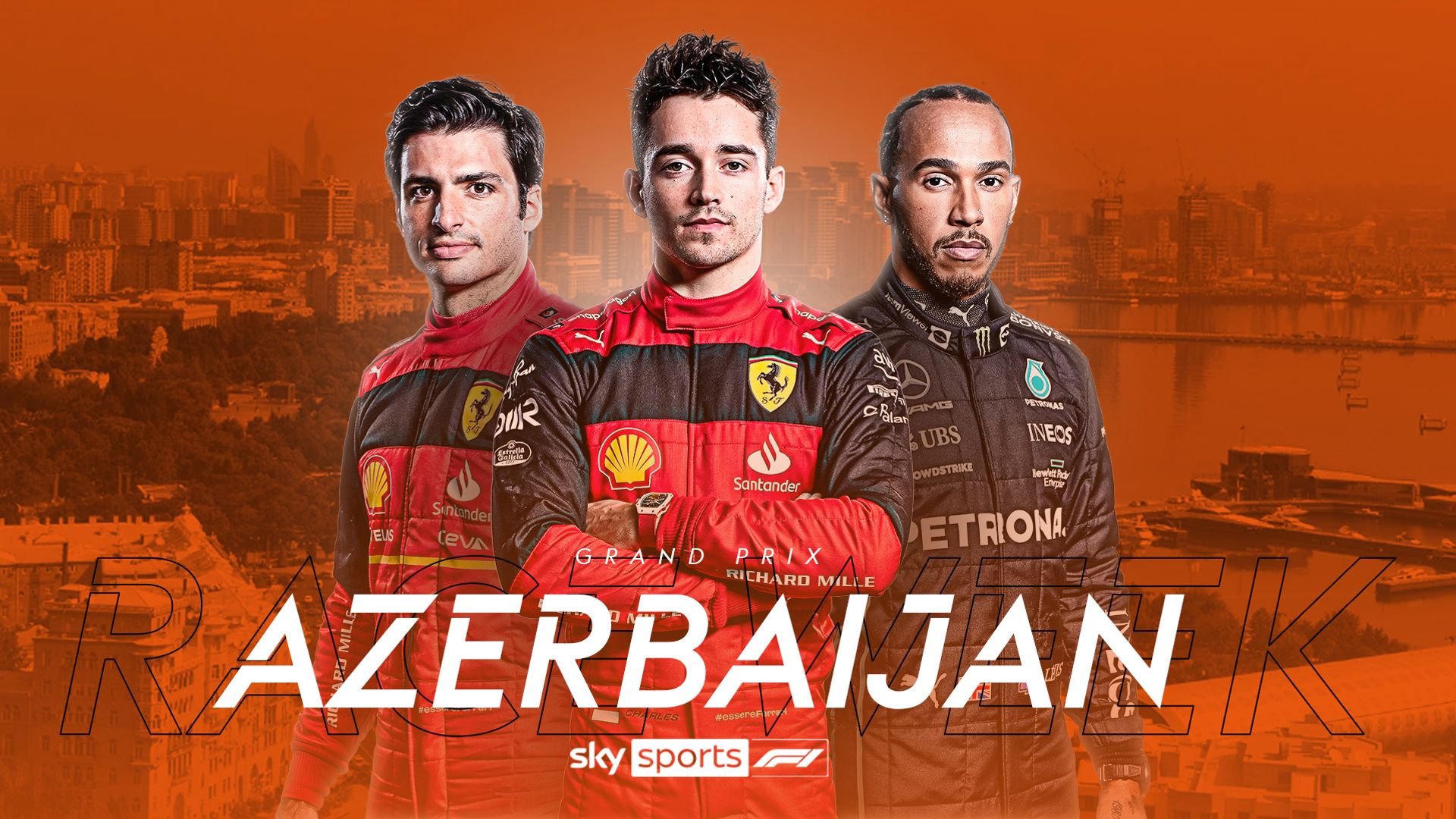 Azerbaijan GP: When to watch race live on Sky Sports

Now the dust has settled on a dramatic weekend in Monaco, F1 heads to the Azerbaijan GP as the drivers prepare to take on another street circuit.

It is off to Baku for round eight of the 2022 season as the battle for the drivers’ championship increasingly looks like a three-horse race, with Sergio Perez sitting just six points behind Charles Leclerc and 15 points behind Max Verstappen after his victory in Monaco.

The whole weekend is live only on Sky Sports F1, with an earlier Sunday race start at 12pm.

The action will get underway on Friday, with Practice One at 12pm followed by Practice Two at 2.45pm. Saturday brings Practice Three at 11.45am, finishing with what should be an intense qualifying at 2pm.

Baku is known for its speed and drama, the 51 lap, 6.003 kilometre City Circuit featuring a long main straight where drivers will be looking to use the slipstream. Intense strategic battles between Verstappen and Leclerc, the likes of which we have already seen this season, are surely on the cards again.

Last year saw Verstappen lead the race until five laps to go, when he crashed out, before Lewis Hamilton locked up on the 50th lap, sending him down the order and giving Perez a second career win.

After an error-ridden weekend in Monaco, Ferrari will be hoping they can get Leclerc back to winning ways, the title contender admitting that his team “cannot afford” to make any more mistakes.

The best of the action from the Monaco Grand Prix

The best of the action from the Monaco Grand Prix

Elsewhere, Mercedes will be hoping the fast track will be more suited to their W13, which struggled around Monaco’s slow corners, while Red Bull have the new challenge of balancing two title contenders.

Sky Sports F1 is your home for every race this season.

All the action from Baku is live on the channel, while as always you can also follow the action online via the Sky Sports App.