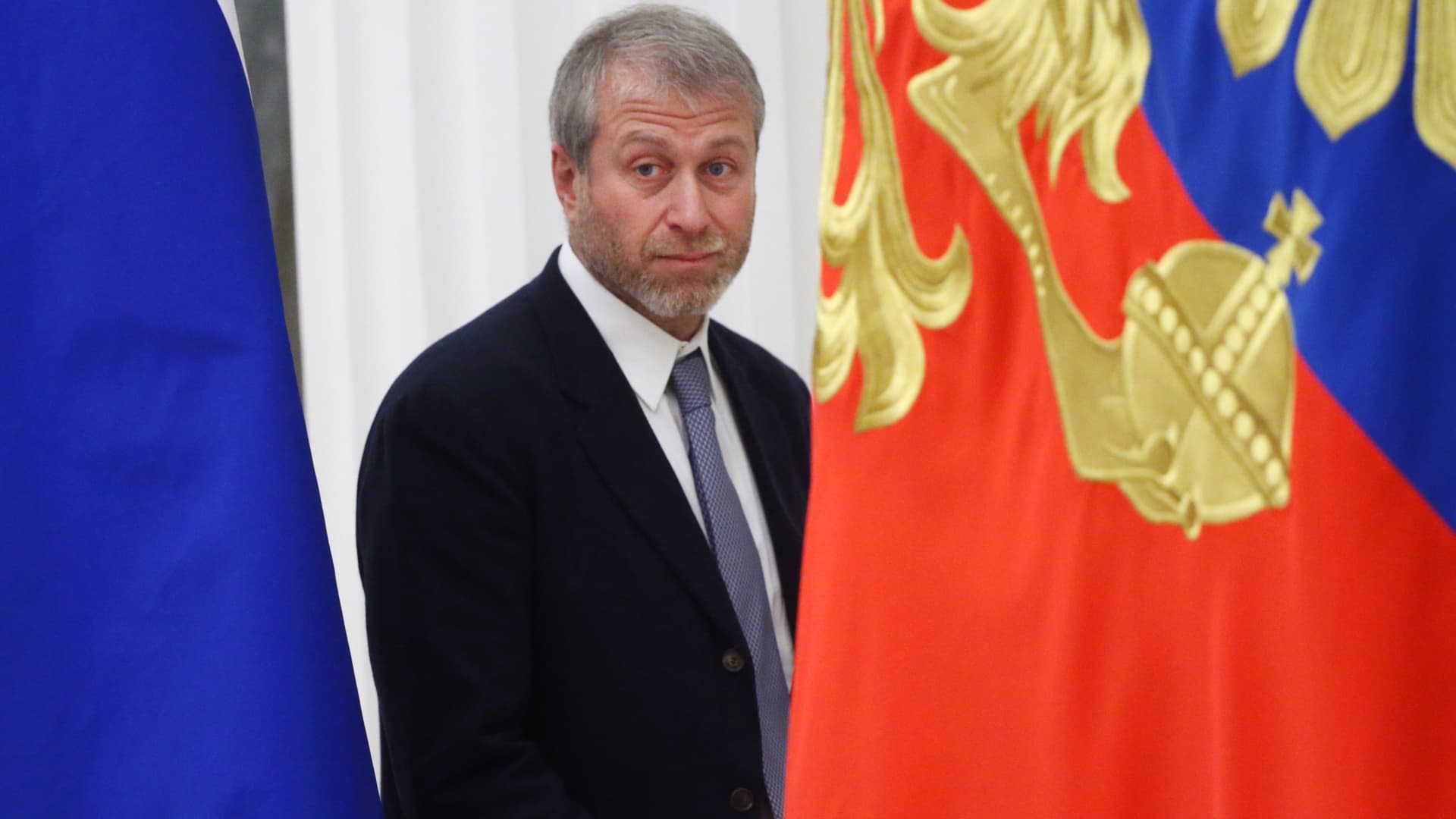 Chelsea owner Roman Abramovich is seen on the stand during the Barclays Premier League match between Chelsea and Sunderland at Stamford Bridge on December 19, 2015 in London, England.

A federal judge in New York on Monday signed a warrant authorizing the seizure by the Justice Department of two jets owned by Russian oligarch Roman Abramovich.

The seizure effort is the latest in a series of sanctions and economic attacks by the U.S. government and other Western countries on Russian billionaires in response to their nation’s invasion of Ukraine.

The jets tied to Abramovich, who is close to Russian President Vladimir Putin, are a Boeing 787-8 Dreamliner, and a Gulfstream G650ER, according to documents filed in U.S. District Court in Manhattan.

Prosecutors said both planes were flown in March to Russia, in violation of U.S. export restrictions imposed on the heels of Russia’s attack on Ukraine.

The Boeing, which according to court records is worth a whopping $350 million, is currently in Dubai, in the United Arab Emirates.

The Gulfstream is in Russia, according to court records.

Russian billionaire and businessman Roman Abramovich attends meeting with representatives of business community and business associations at the Kremlin, in Moscow, Russia, December, 19, 2016.

According to an affidavit filed by an FBI agent, Abramovich “owned and/or controlled the Gulfstream and the Boeing through a series of shell companies.”

A chart detailing the ownership of planes lists Abramovich as the beneficiary of an entity in Cyprus named “The Europa Settlement Trust,” which in turn had ownership and control of an entity called Wotten Overseas Holdings Ltd. on the island country of Jersey.

Wotton, in turn, had ownership of a Jersey-based shell company called Clear Skies Flights Ltd., which owned the Gulfstream, the affidavit says.

Wotton also owns another shell company, Wenham Overseas Ltd., which is based in the British Virgin Islands, and which owns the Boeing jet.

In April, authorities in Jersey froze assets valued at more than $7 billion that are suspected of being connected to Abramovich.

Jersey, part of the Channel Islands located off the coast of Normandy, France, is a self-governing country whose head of state is Queen Elizabeth II of Great Britain.

The United Kingdom provides military protection to the island.

A week after Russia invaded Ukraine in late February, Abramovich said he would sell the renowned London professional soccer club Chelsea, which he had owned for nearly two decades, and use proceeds to “benefit all victims of the war in Ukraine.”

The British government in May approved Chelsea’s sale to Todd Boehly, a co-owner of the Los Angeles Dodgers professional baseball team, for more than $3 billion. It is reportedly the highest price ever paid for a sports team.