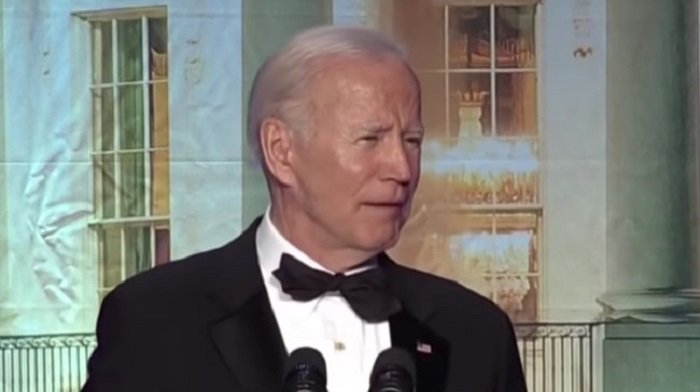 A report by the Washington Post just days after the 2020 presidential election claimed conservative predictions of rising gas prices under President Biden were simply “overblown.”

In retrospect, the column stands as one of the worst efforts to defend energy policies by a President most knew was going to do his best to kill the oil industry, leading to a massive spike in gas prices for the American consumer.

Once again, the “experts” were disastrously, embarrassingly wrong.

In fact, Grandoni offers up multiple reasons why gas prices under Biden might actually go down – including his efforts to tackle so-called climate change and his stance toward Iran.

One factor that could lead to oil prices going up though, he added, is if Biden gets the coronavirus pandemic under control. He didn’t do that, with cases and deaths far surpassing those seen under former President Trump. And the prices still spiked.

RELATED: Gas Prices Have Gone Up 35% Since Biden Announced ‘Major Effort’ To Lower Them

Gas Prices Under Biden Have Been One of His Worst Failures

The Washington Post column goes on to scoff at Trump over his dire predictions prior to the election about the cost of gas if Biden gets into the White House.

“The idea of a forthcoming gas price spike is fueled by Trump himself as a piece of his broader criticism of the Democrat’s plan for tackling climate change,” the article alleges.

Everything about what Trump said was true. Those prices are quickly becoming reality California, and much of the country is paying $5 per gallon. And the Biden administration on multiple occasions urged Americans to ditch their car and buy brand-new electric ones.

Kamala Harris: “We have the ability to see what can be, unburdened by what has been. And then to make the possible actually happen.” pic.twitter.com/3h3pQuBFpz

By contrast, very little of what the Washington Post was selling came to fruition, and the column stands as one of the worst efforts to carry water for a Democrat.

“Although a president’s actions — including Biden’s climate policies — can nudge the price of oil, the effect is marginal at best,” the column said in soothing tones.

That is a nearly 130% increase. A 130% hit to your wallet every single time you fill-up at the gas pump.

On inauguration day, the price of gas stood at $2.39/gallon. The national average was $3.40 on the day President Biden announced a “major effort” to lower the cost of gas for the American people in November.

We’ve launched a major effort to reduce the price of gas at your corner gas station.pic.twitter.com/pm9ACpnCwX

“Today, we’re launching a major effort to moderate the price of oil,” Biden said in a November 21st speech about “lowering prices for the American people.”

The President promised that those efforts would “make a difference.”

“It will take time, but, before long, you should see the price of gas drop where you fill up your tank,” Biden said, adding that the reason he was elected was “to look out for you.”

From the moment those words dribbled out of his mouth, the national average has risen by over 43%.

Highest gas prices ever, but no mean tweets!

Wall Street titan Jamie Dimon, CEO of JPMorgan Chase, recently warned that things were going to get worse with a looming economic “hurricane” heading our way.

JPMorgan CEO Jamie Dimon says there’s a “hurricane” coming for the US economy and that “you better brace yourself” https://t.co/InCDVUx7Cz pic.twitter.com/LWFzjhxWR1

One of Dimon’s biggest concerns for the future is inflationary prices caused by soaring gas prices, as he argued that oil “almost has to go up in price” from here.

Imagine how bad it is going to get. The price has more than doubled since the Washington Post told you there was nothing to worry about, and now it’s going to go up?